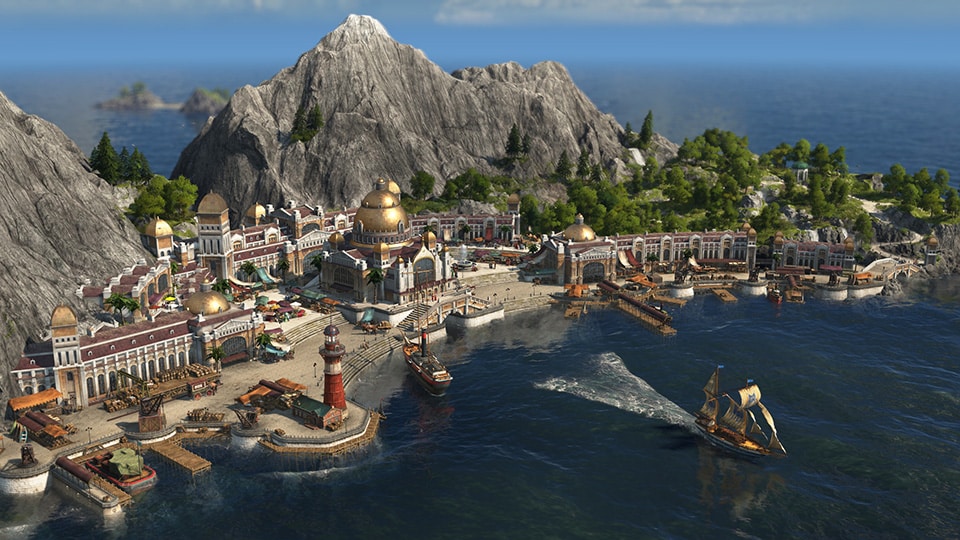 Anno 1800 will take the series to the 19th century this February, giving players a chance to build an empire in an era of industry, trade, and exploration. Combining features from earlier titles in the series, Anno 1800 also delivers new twists of its own, with players able to launch Expeditions with handpicked crews of specialists, and expand their reach to found oil-rich settlements in South America.

Whether they decide to pursue the story-driven campaign, forge their own path in the sandbox mode, or play with friends, players will be able to build immense cities, manage logistics networks and commerce, and claim victory through diplomacy, trade, or war – or a combination of all three.

In addition to the Standard Edition, Anno 1800 will also be available in a Digital Deluxe Edition, which includes the game soundtrack, an artbook, exclusive company logos, and the first DLC, The Anarchist, which will be released later in 2019. Then there's the Pioneers Edition, which includes a Steelbook, the game's soundtrack, three lithographs, a letter, and a 120-page artbook in addition to the base game. Finally, those who pre-order will get the Imperial Pack, which includes even more additional content for Anno 1800.