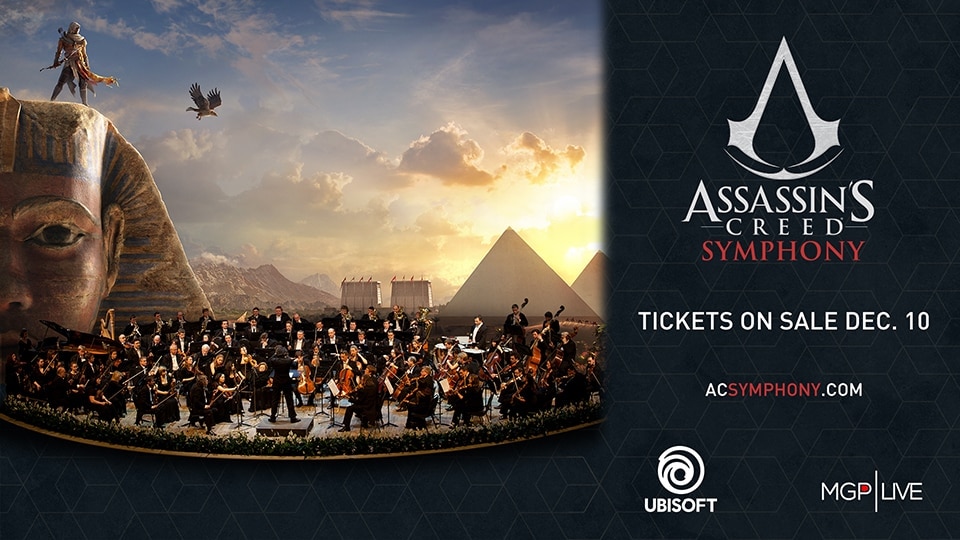 Meet The Team Behind The Assassin’s Creed Symphony

The Assassin's Creed Symphony is coming soon to theaters across North America and Europe, highlighting the music of talented composers including Jesper Kyd, Lorne Balfe, Brian Tyler, Austin Wintory, Sarah Schachner, Winifred Phillips, Elitsa Alexandrova, Chris Tilton, Ryan Amon, and The Flight. The symphony will showcase some of the series' most memorable moments, and features a full orchestra and choir.

Behind The Symphony takes a look at how the series went from consoles to concert halls. In the second entry, Musical Director Ivan Linn, Creative Team member Philip Schotte, and Producer Massimo Gallotta highlight the variety of music, and how Assassin's Creed's core themes translate to an immersive symphonic experience.

Watch the first episode of Behind the Symphony for a look at how the symphony came to be and what the series has meant to fans. For information on show dates and tickets, visit assassinscreedsymphony.com, and for more on Assassin's Creed, check out our previous coverage.