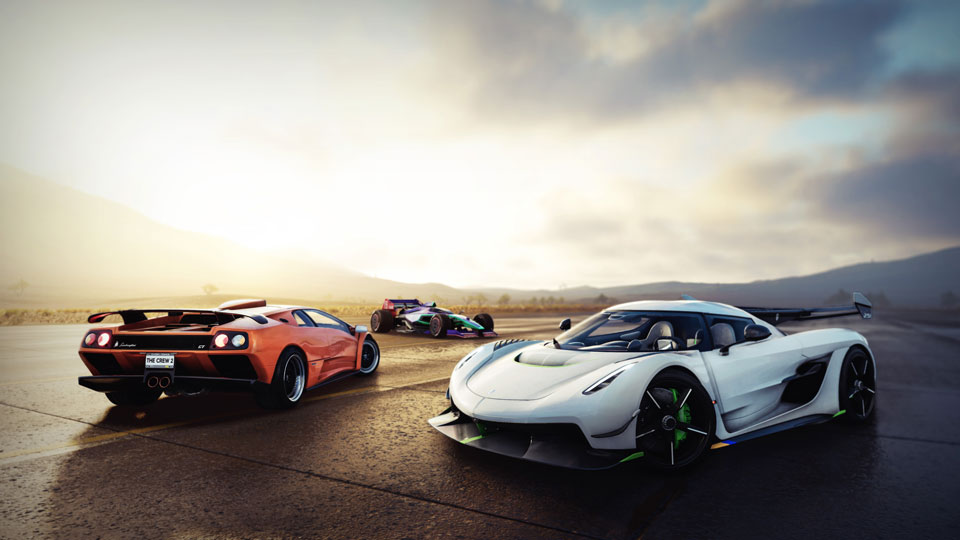 In The Crew 2’s open-world re-creation of the US, every street is a racetrack, every river is a playground for speedboats, and every city skyline is a giant aerobatics course. And you can experience it all for free starting April 9 on PS4 and PC (via Uplay), when The Crew 2 kicks off its free weekend.

Running until April 13, the free weekend is a chance to use The Crew 2’s cars, planes, and watercraft to explore and race across every inch of its gigantic scale model of the country. It’s also a great opportunity to check out what The Crew 2’s five major free updates (including the recently released Inner Drive), have brought to the game, including hovercraft races and demolition derbies. And if you want to keep tearing up The Crew 2’s roads – and keep your progress – after the free weekend is over, you can grab the game for up to 75% off via Uplay from April 9-16, or up to 70% off on PS4 (April 1-29) or Xbox One (April 3-13).

To help you hit the ground racing, we spoke with Live Producer Sofiane Brahimi about new in-game additions, the community’s favorite items, and what players can do during the free weekend.

One of the things that sets The Crew 2 apart is its map, a re-creation of the USA that covers 2,000 square miles. What are some cool map features or areas players should be sure to check out during the free weekend?

Sofiane Brahimi: Motornation, our vision of the USA, is the biggest map we’ve ever created. This amazing playground is split into seven regions and includes more than 150 iconic landmarks to discover! Some of these spots include Route 66, the perfect place to drive with friends and chill; Miami, a paradise for boating and street racing; and, of course, New York, where the competition is everywhere. These locations are also the most popular places for our community to take amazing photos with our photo mode tool, which players use to take around 2 million photos each month. 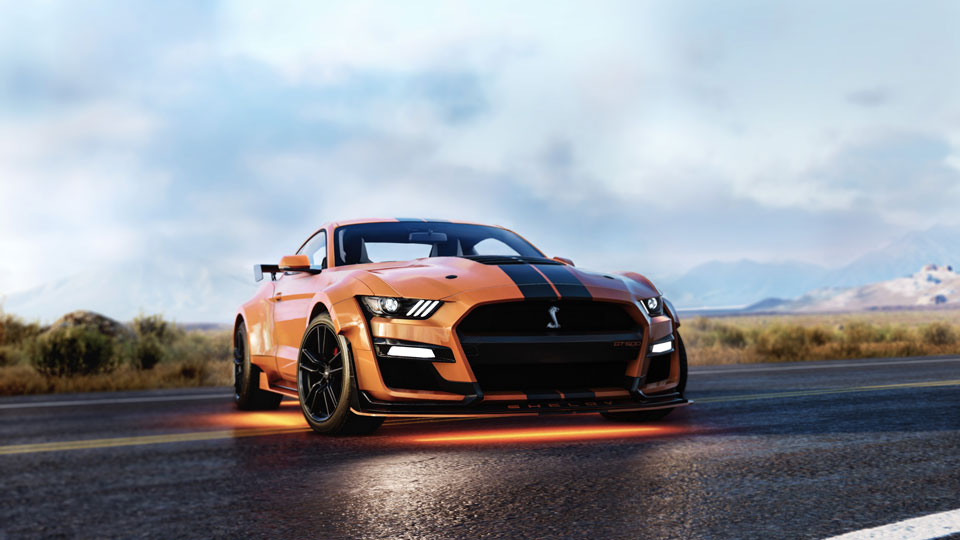 The Crew 2 boasts more than 300 vehicles for players to earn or purchase, including exotic cars, motorbikes, boats, and planes, some of which are exclusive to The Crew 2. What are some of the more interesting vehicles that have been added since launch? Which exclusives should players be sure to test drive?

SB: During this free weekend, players will have access to the full game’s content, including all the content added in our major updates. This includes more than 300 vehicles to unlock, from classics like the ultra-aggressive Audi RS5 Coupe, one of the most iconic two-door German rides, to the Porsche 911 GT3 RS, the unmissable high-performance version of the Porsche 911 sports car. Players can also jump into brand-new rides like the Koenigsegg Jesko 2020, of which only 150 exist in the world, or even the latest version of the street beast produced by Ford, the Mustang Shelby GT500 2020.

The Crew 2 allows for some deep customization, with more than 200 accessories including smokes, underglows, and even emotes. How have you seen players taking advantage of these in-game? Do you and/or the development team have any favorites?

SB: Customization is one of the pillars of motorsports culture. Whether you are looking for realism or you love funny or crazy creations, The Crew 2 allows our players to do what they want. We know that a lot of our gearheads really appreciate recreating their favorite drifting, stunt, or racing teams in-game, and some of their creations are just amazing!

The studio itself is full of different types of players who love all sorts of vanity items. Depending on the member of the team, you will hear different feedback, but the most-appreciated accessories are the underglows, tires, and one of our latest additions: custom nitro. These three categories are the perfect types of customization elements for creativity to meet realism. 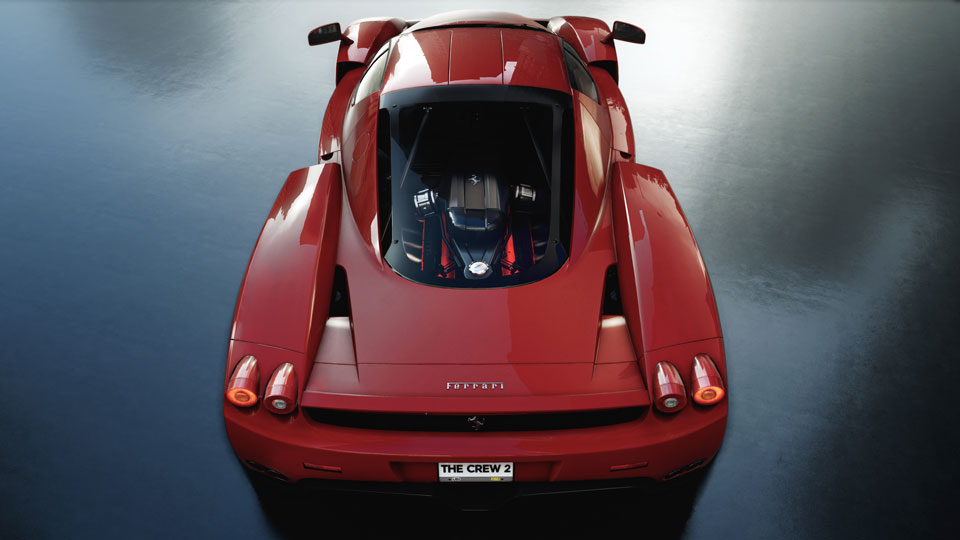 Since the release of our latest update, Inner Drive, reworked avatars are also available, letting players choose from a lineup of eight new characters to see behind the wheel.

The Free Weekend coincides with some new additions to The Crew 2; what can you tell us about them? What really sets them apart?

Players will of course be able to enjoy all the content from The Crew 2 main game, along with our latest update, Inner Drive, which includes new avatars, vehicles, vanity items, and more.

The Elite Bundle 4 will also be available for one month starting on April 8. By purchasing it in either Crew Credits or Bucks, you will add three brand new vehicles to your collection. This fourth edition of the Elite Bundle features the unique Enzo Ferrari 2002 (Hypercar), the Lamborghini Diablo GT 1999 (Street Race), and the Proto Alpha Mark X (Alpha Grand Prix). The bundle is available for a limited time (after which the vehicles will be available separately), but you unlock these vehicles permanently. 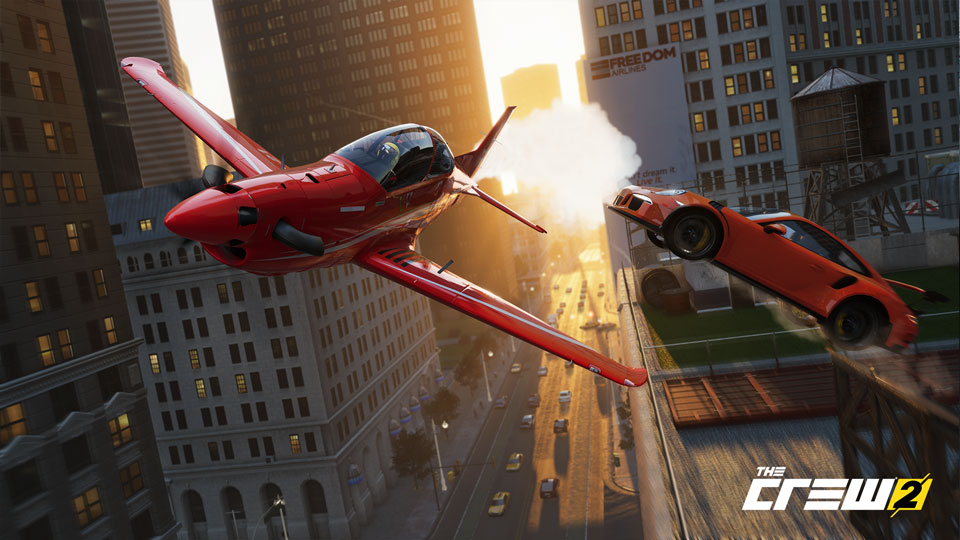 We also have good news for all players: if you connect to The Crew 2 between April 8 and April 15, you will be able to unlock the beastly Ford GT 2005 Touring Car Edition for only one Crew Credit! So don’t hesitate to join us during the free weekend; the open world is waiting!

The Crew 2 is available now for PS4, Xbox One, and PC. For more on The Crew 2, check out our previous coverage.