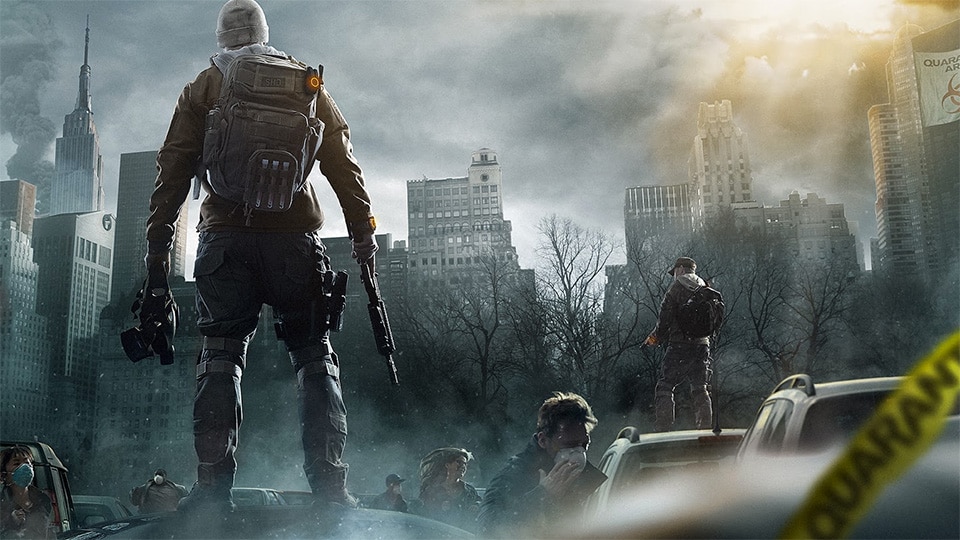 The Division's free Update 1.8, codenamed Resistance, launches tomorrow on PS4, Xbox One, and PC, bringing a raft of additions and changes to the battle for post-pandemic Manhattan. The most immediately noticeable is a whole new area of the map, West Side Pier, which also hosts two new game modes: Resistance and Skirmish.

In Resistance, up to four Agents can team up to fight off Manhattan's enemy factions, who have united to take down The Division with waves of attackers. Using cooperative tactics is strongly encouraged, as is using the resources dropped by enemies to set up defenses or extend the battlefield. The longer you can survive, the greater the rewards you'll earn. The PVP Skirmish mode, meanwhile, pits two teams of four agents against each other in a competition to get the highest kill count in timed matches. And it's not enough to just "down" an enemy player – you have to eliminate them to make it count.

Update 1.8 also lets players upgrade their favorite Gear, ratchets up the challenge and rewards of the Underground DLC, and overhauls how players go Rogue in the Dark Zone. Division Agents can also meet up and gear up in a new social space, Camp Clinton. To celebrate Update 1.8's release, all of The Division's paid DLC expansions – Underground, Survival, and Last Stand – will be freely accessible to all players from December 5 through December 10. And if you haven't yet tried The Division, you'll be able to play the full game and its DLC at no cost during the free weekend, which runs from December 7-10. Additionally, The Division will be on sale for 70% off from December 5-10 on the Ubisoft Store and from December 7-10 on Steam, PS4, and Xbox One. Both free events will be available on all platforms, and any progress you make will carry over if you decide to buy the full game or its DLC afterward.

The Division is now available on Xbox One, PS4, and PC. For more, check out our previous The Division coverage.