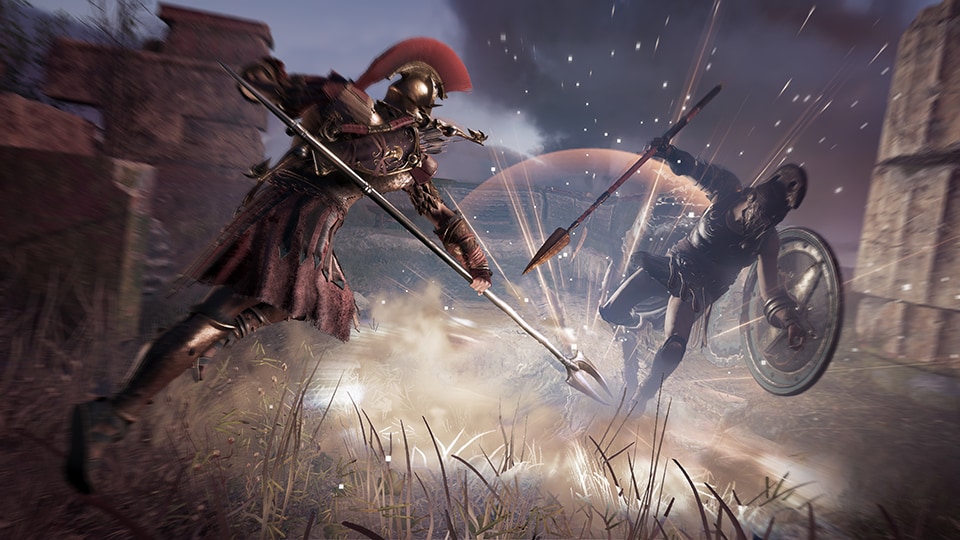 Assassin's Creed Odyssey will delve into unexplored territory starting April 23, when its second post-launch story arc, The Fate of Atlantis, begins on Xbox One, PS4, and PC. The first episode, titled Fields of Elysium, takes Alexios or Kassandra on a journey into the Greek afterlife, where they'll battle the forces of the Isu amid the otherworldly beauty of the titular paradise.

As they confront Greek gods and mythical creatures, players will find new Legendary items to give them an edge on the battlefield. They'll also unlock enhanced versions of existing abilities, giving them new ways to deal with foes; in Fields of Elysium, these include Ares Bull Charge, Ares Madness, Kronos Time Warp, and Might of Artemis, with more to be added in later episodes.

Players who own the Season Pass or purchase Fate of Atlantis separately can begin the story arc in two different ways: if you're over level 28, you'll need to have completed the Between Two Worlds questline, as well as Heir of Memories, the free Lost Tales of Greece questline that follows Between Two Worlds. Alternately, those who want to jump straight to The Fate of Atlantis can take advantage of a shortcut option, enabling them to start with a new hero at level 52, and begin Heir of Memories before tackling Fields of Elysium. However, this option won't let you carry over your progress to the main campaign, or earn achievements.

The Fate of Atlantis continues with two more episodes, Torment of Hades and Judgment of Atlantis, and will conclude in mid-2019. It follows the first episodic storyline, Legacy of the First Blade, which is available now as part of the Season Pass along with Assassin's Creed III Remastered. Assassin's Creed Odyssey is available now on Xbox One, PS4, and PC; for more on the game, check out our previous coverage.