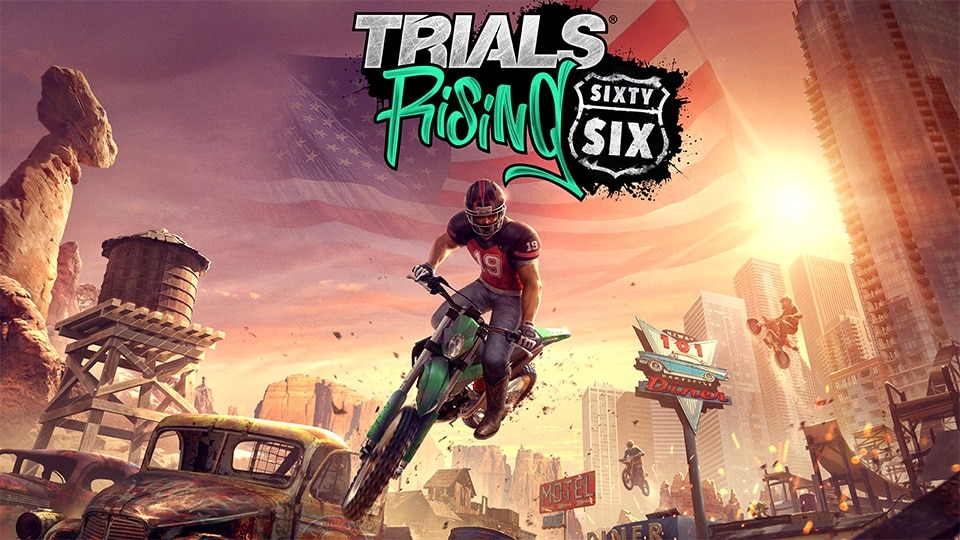 If you've ever had dreams of doing sick stunts on a motorcycle against the backdrop of one of the most well-known roads in the world, we have good news. Trials Rising Sixty-Six is now available, giving Trials players who have completed League 3 in the base game an opportunity to cruise Route 66 and experience all of the new content in the expansion. In addition to 24 new tracks, Sixty-Six includes two Stadium Finals, two Skill games, a new American Football Outfit, new contracts, and a new hidden collectible – the elusive golden squirrel. Sixty-Six also features a Private Multiplayer mode for Xbox, PS4, and PC where friends can compete on the same tracks.

Sixty-Six is available for standalone purchase or as part of the Trials Rising Expansion Pass, which also includes the second expansion, Trials Rising Crash & Sunburn, as well as the Suntman Rider Pack and the Samurai Item Pack.

Trials Rising and the expansion are available on Xbox One, PC, PS4, and Nintendo Switch. For more information, check out our previous coverage.