Did you know that only 46% of people ages 18-29 voted in the 2016 election? That same demographic represents a large portion of the game-playing audience, too – about 133 million possible voters, to be a little more exact. In other words, gamers are one of the largest potential voting blocs in the United States, and Ubisoft thinks it important they be heard. 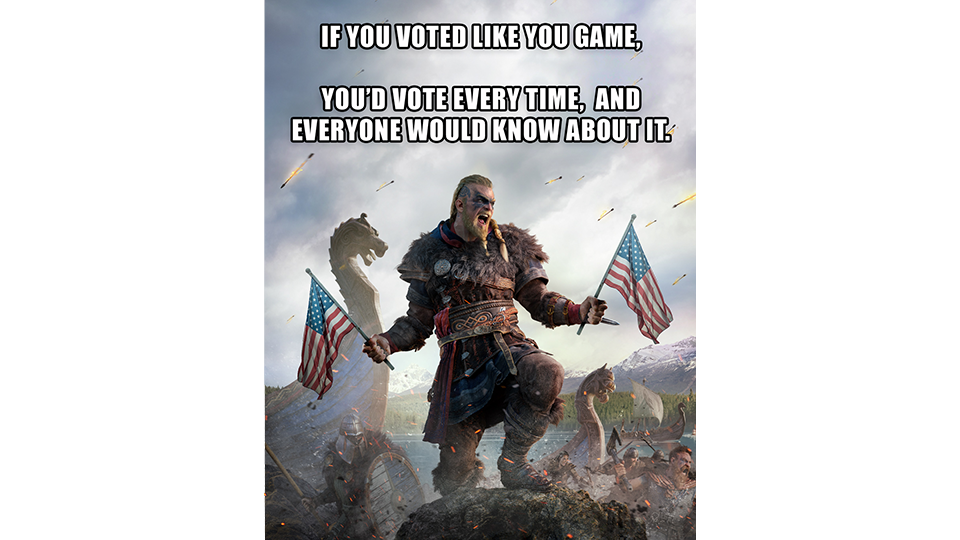 The #VoteLikeYouGame Campaign is an effort to bring more awareness to voting options, including early voting and the full nationwide election on November 3, by using the social accounts of Ubisoft’s most popular and upcoming games. Additionally, by pointing people towards Vote.org, we’re encouraging interested voters to check their registration, find their polling place, and track down any additional information they need to make sure their voice is counted in the election.

“Encouraging voter turnout is something our US team members are passionate about, and we wanted to take action,” said Tony Key, senior vice president of marketing and consumer experience. “Our players are passionate and dedicated, and if every player voted like they game, we would see our community members spending the time to vote and make their voices heard. The goal of the #VoteLikeYouGame campaign is to inspire and encourage our millions of US gamers to show up for this year’s election.”

Be heard. Be counted.