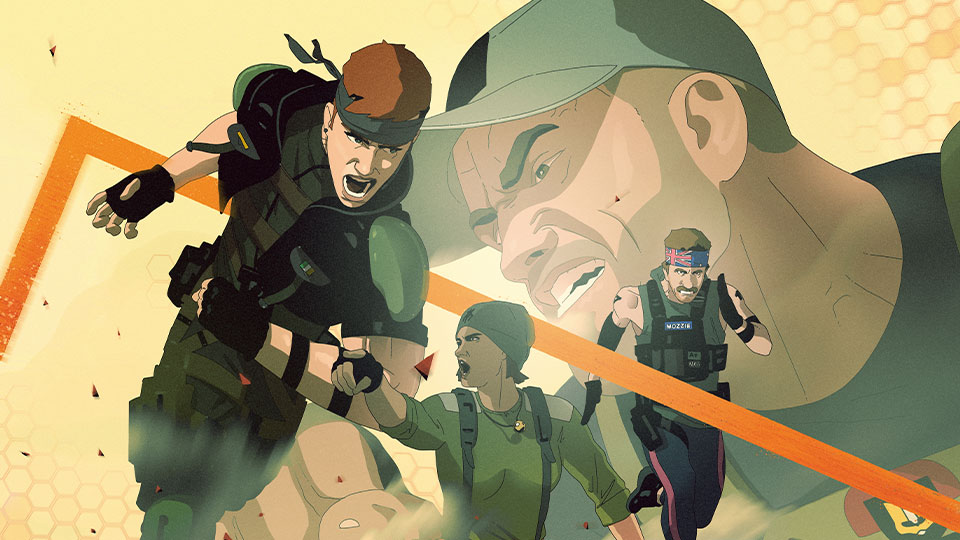 High Calibre is the final season of Year 6 of Rainbow Six Siege, and it’s
available now. Learn more about the new Operator, Thorn; her sticky,
proximity-triggered Razorbloom Shells; and her UZK50Gi submachine gun by
checking out our High Calibre Operator and Map
Guide.
Thorn is available now through the premium track of the High Calibre Battle
Pass, and will be available for unlock in two weeks with Renown or R6 Credits.

The new season also brings free updates for all players, including a full rework
of the Outback map, and a buff for Finka: she can now use her Adrenal Surge
gadget to get herself up from a downed-but-not-out state. For the full breakdown
of the season’s updates, read up on High Calibre on the official Siege
website.

From December 2-6, you can play Rainbow Six Siege for free on PS4, PS5, Xbox
One, Xbox Series X|S, Stadia, and PC. Any progress you make will carry over if
you purchase the full version of the game, which will be on sale for up to 75%
off. Sale dates are as follows:

To keep up with the latest Siege news, be sure to visit our Rainbow Six Siege
news hub.