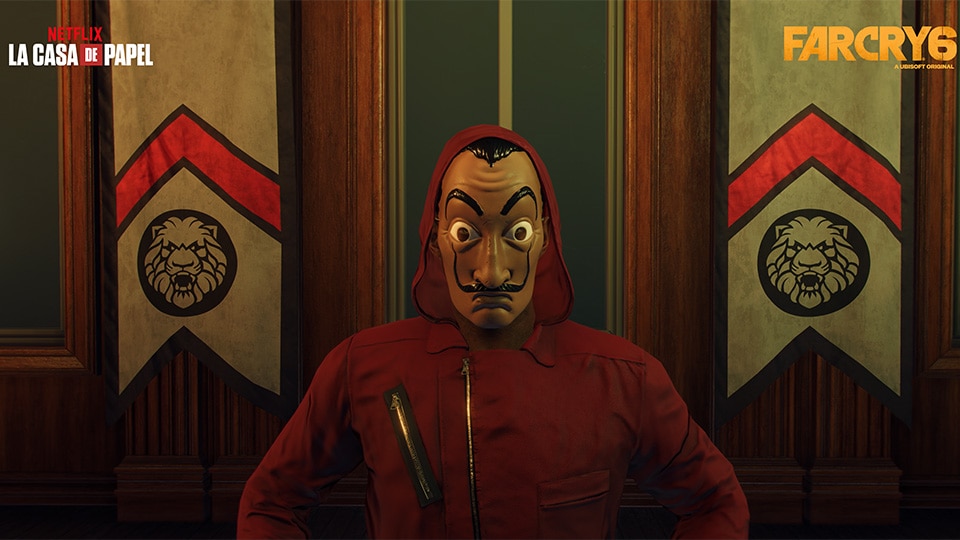 Get ready to return to Yara to stage the ultimate heist in Far Cry 6 with the new “Money Heist” gear bundle, available now. Inspired by the popular Netflix series, the La Casa De Papel™ bundle comes with four new items and a full head-to-toe heist outfit, which includes the iconic mask, red suit and pants, a heist band, and black lace-up boots.

The four new custom items that come with the bundle include:

This set isn’t the only element “Money Heist” and Far Cry 6 have in common. After being featured in the first season of the show, the late 19th century Italian protest song “Bella Ciao” became a hit in Europe in 2018. A cover of this traditional song, titled “El Bella Ciao de Libertad,” was created for Far Cry 6 and can be heard in the early hours of the game, during the Fire and Fury operation.

You can watch “Money Heist” on Netflix now, including Part 5, Volume 2, which premiered on December 3. Far Cry 6 is available now for Xbox One, Xbox Series X|S, PS4, PS5, Stadia, Amazon Luna, and PC (and is available as part of a Ubisoft+ subscription). For all your Far Cry 6 updates, stay tuned to our Far Cry 6 news hub.