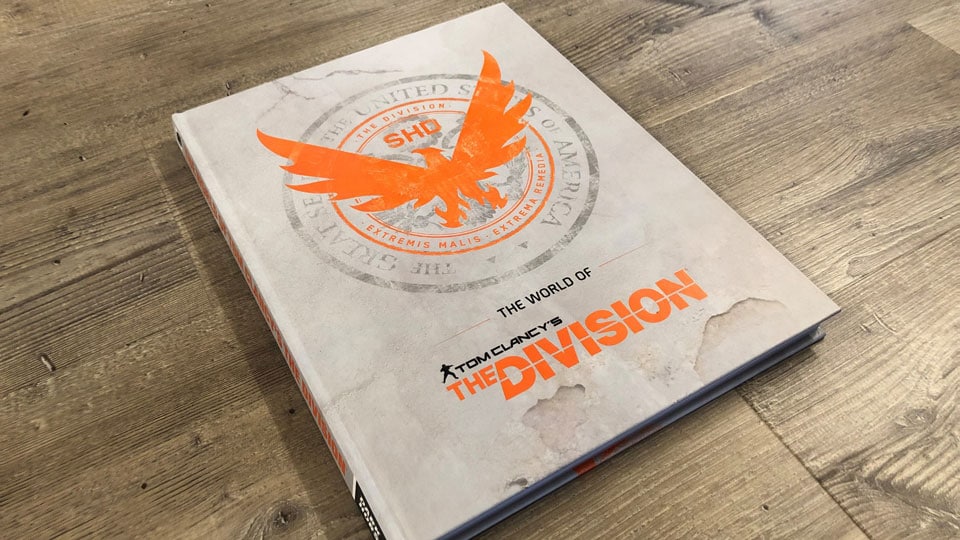 The world of The Division 2 mirrors our own, and is filled with all the political turmoil, conflict, and secrecy you've grown accustomed to hearing about on the evening news. At the heart of the game is the Strategic Homeland Division (SHD), aka The Division, and the nice folks at Dark Horse Comics have teamed up with Ubisoft to create The World of Tom Clancy's The Division, an in-depth lore book that gives insight into the classified history, training, and structure of The Division.

The 160-page hardcover volume is available for purchase today. To give you a peek between the pages, here are five things you might not know about The Division that we learned by reading The World of Tom Clancy's The Division.

The Division Has Roots In World War II

The SHD operates primarily by embedding highly trained sleeper agents in local communities around the country. The Division itself has roots in World War II and The Cold War, but the true inspiration came from two real-world events that took place in 2001. The first was Operation Dark Winter, a high-level simulation conducted by federal agencies to test the nation's ability to respond to a widespread bioterrorist attack. The results were less than stellar, as decision-makers at nearly every level were widely unprepared. Operation Dark Winter was just a simulation, but a sobering one.

The second event took place on September 11, 2001, and was no simulation as the world witness the death of thousands of Americans. On May 4, 2007, President George W. Bush signed the National Security Presidential Directive 51 (NSPD 51), a mandate that allows executive power to direct government procedures in the event of a catastrophic emergency. Hidden within NSPD 51 was a set of highly classified annexes, one of which (in the world of The Division) established the Strategic Homeland Division as a direct response to the findings of Operation Dark Winter.

The Green Poison Hit the World, Not Just the US

The Division and The Division 2 document how Manhattan and Washington, DC have been affected by the pandemic, but what about the rest of the world? While smaller cities along the Eastern Seaboard have had sporadic cases of the Green Poison smallpox outbreak, the virus has largely been contained. Elsewhere in the country, fear spreads faster than the pandemic itself. With a national state of emergency declared, federal travel bans, martial law, and a mandatory curfew are in effect in nearly every corner of the United States.

While the United States was hit the hardest, cases of Green Poison have emerged all over the world. Many countries are struggling to quarantine their sick due to population density, but most regions received enough advance warning from the World Health Organization to take proactive precautionary measures. The threat of the US federal government collapsing has the rest of the world on edge as much as the virus itself.

Once activated, Agents of The Division outrank all other federal agents, and have complete operational autonomy that allows them to avoid red tape and legal procedures. Being an Agent of The Division is a monumental responsibility, and cannot be entrusted to just anyone. Recruitment starts when The Division is given access to civilian data collected by the United States intelligence agencies. Candidates are pulled from all walks of life, but share a few crucial qualities that are a requirement for the job. All prospective Agents are pragmatic and direct. They are capable problem solvers with an ability to think on their feet, and they have a strong immune system.

Once a candidate has been identified, Internal Affairs conducts a thorough background check on nearly every aspect of the candidate's life. Should they pass, an experienced Division Agent will make contact for a preliminary interview. If the candidate shows an interest in national service and a willingness to commit to absolute secrecy (even a person's spouse cannot know about the existence of The Division), then they must go through a rigorous round of pre-testing that must be completed before becoming an official recruit.

Once a recruit makes it through the psychological evaluations in pre-testing, they must begin physical and technical readiness training. The process is grueling but covert. It cannot put trainees into situations that might threaten their cover, meaning that most training activities are disguised as day-to-day activities in the recruit's life. For example, unarmed combat training may be masked as "black-belt-only classes" at a local martial arts studio. Firearm training is conducted as an "advanced course" at a nondescript shooting range. Technical skills are taught as "continuing education classes" at a local community college. Each of these hidden trainings is led by seasoned Division trainers, who work with every Agent to develop believable cover stories.

During the initial training phase, prospective Agents are evaluated and re-evaluated on a weekly basis to assess their continued mental and psychological stability. Most recruits train for a full year before they're granted top security clearance. Once an Agent becomes active, they are required to complete ongoing training throughout the year to keep their skills sharp.

What's In Their Go-Bag

When catastrophe strikes, activated Agents have two hours to report to their designated rally point. Because Agents need to drop everything at a moment's notice, they must prepare and maintain a "go-bag." Every Agent must keep an armor-lined backpack stocked with a small arsenal of weapons and enough basic supplies to last a minimum of 72 hours. Much of the gear packed is multi-purpose and efficient. For example, rather than carrying bottled water, Agents pack water purification tablets and purification straws, so they can drink from any water source.

Because conflicts can last for months, Agents need to be able to continuously resupply their provisions in the field. As long as an item does not directly belong to a civilian or a friendly, an Agent is allowed to procure it, negating any anti-looting laws.

This is just a taste of all the information offered in The World of Tom Clancy's The Division. Pick up the book for yourself to learn even more about the key members in the conflict; the violent factions that formed after the outbreak; the timeline of events from the beginning of the outbreak to the events of The Division 2; and plenty of other details. The Division 2 is out now on Xbox One, PS4, and PC. For more on the game, check out our previous coverage.