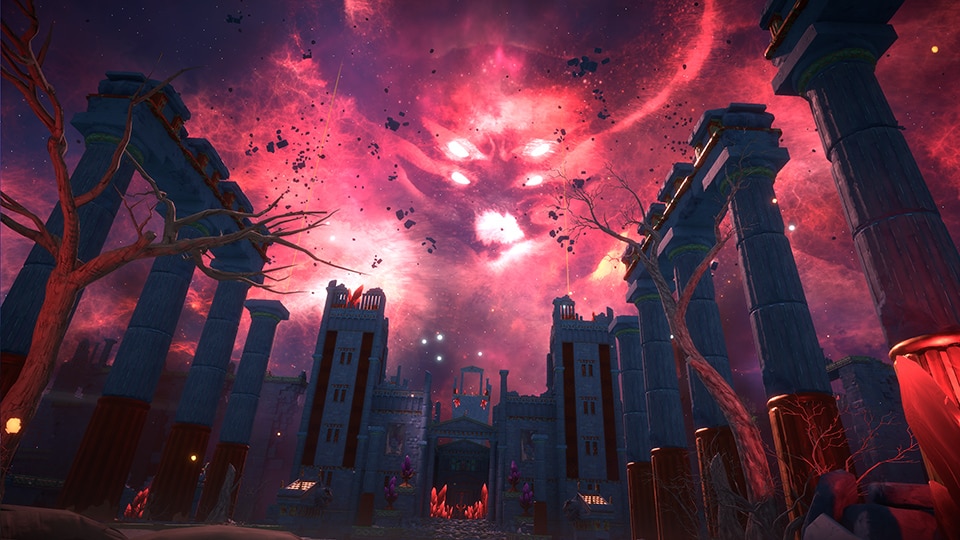 Immortals Fenyx Rising plunges players into a world inspired by Ancient Greek legends, heroes, and gods. Controlling the titular hero, Fenyx, players are tasked with saving the world from the chaos of the evil monster Typhon and his plans to overthrow the gods. 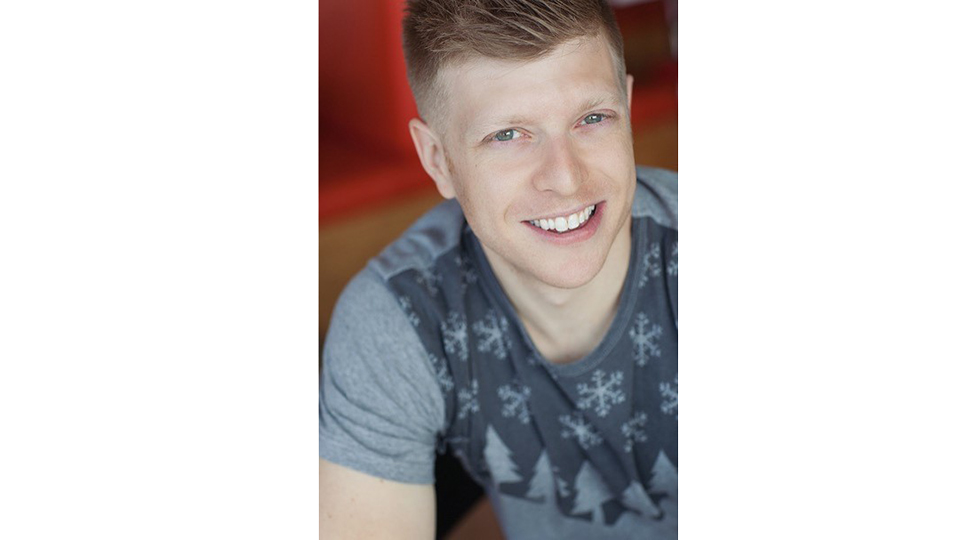 A number of Greek myths formed the inspiration behind the game’s setting, story, and characters, and to find out more we spoke with Narrative Director and Lead Writer Jeffrey Yohalem about writing an ancient tale for modern times.

Can you tell us a little about your background, and how you came to be lead writer on Immortals Fenyx Rising?

Jeffrey Yohalem: I started at Ubisoft in 2006 working on the Rainbow Six series, and then I jumped to Assassin’s Creed 2 as a designer; I started doing edits on the script and the creative director loved them so much that I became part of the core team, writing part of the game and creative-directing the glyph puzzles. I then went on to be the writer on Assassin’s Creed Brotherhood. After that I wrote Far Cry 3, and co-created and wrote Child of Light, which was a kind of somber, painterly fairytale from the dark woods of Europe. Then I wrote Assassin’s Creed Syndicate before I jumped to narrative direction on Tomb Raider and writing for some other games outside of Ubisoft, but I came back to work on Immortals Fenyx Rising. Having worked on Child of Light, and now Immortals Fenyx Rising, are myths and fairytales something you often come back to in your work?

JY: As humans, we create these fantasy worlds that we enter to help relieve the stresses and pressures of everyday life. These worlds are not created by one person, they’re spaces that we collectively create and inhabit – fairytales and mythology. I talked about the dark woods of Europe, our neighborhoods and our lives are so structured and so known that our brain needs to flee into the woods in order to truly shake things up and understand who we are.

How did you choose which myths you wanted to adapt for Immortals Fenyx Rising?

JY: I was trying to shine a light on how the Greek gods are imperfect, flawed, and human; and I was searching for the stories that showed that off. I was also searching for what made the gods complete, well-rounded, and interesting. So Zeus and his children, a dysfunctional family, became key to the story. They all have very definitive character traits, with each god almost representing a different sphere of personality, so it’s very easy to differentiate them. The key thing was to distill the flawed essence of each god down to the stories that shine a light on them. 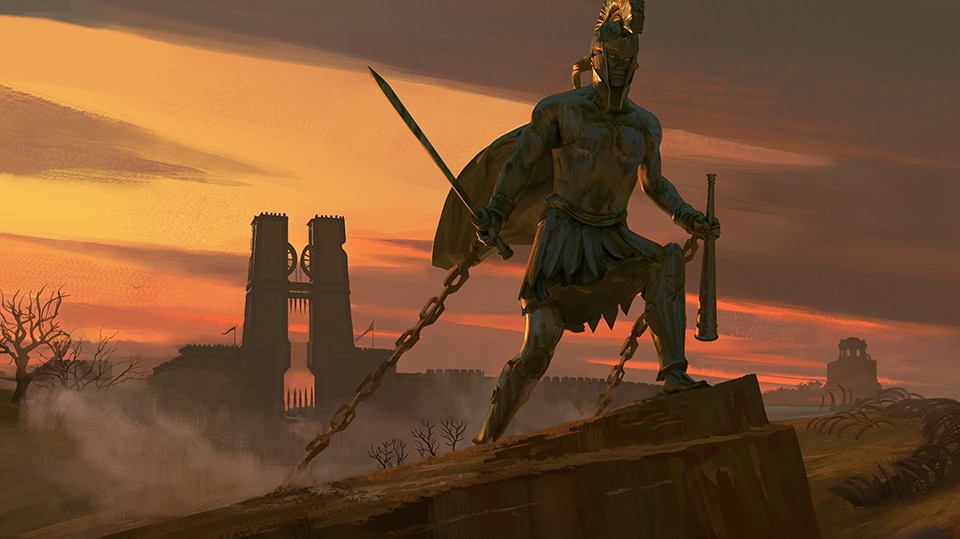 For example, you look at what makes Aphrodite the character she is, and what are the key moments in all the different stories involving her that highlight those traits. With Aphrodite, it’s vanity, passion, and also love: Adonis is a very central myth for her because that was the one person she fell in love with and he was taken away from her. Ares is in the game, and there’s a version of that story where Ares was the one who disguised himself as a boar and killed Adonis because he was jealous, since he was having an affair with Aphrodite. So, because this is a comedy game, it’s kind of the reality show of the gods, and each god you add the drama goes up and everyone’s mad at each other – there are all these secrets. That was perfect, and I made sure the tale of Adonis was front and center. Then, having Ares reveal that he killed Adonis and seeing Aphrodite’s reaction to that, where she starts out as absolutely horrified, but then, Ares is able to spin it into this idea that he did it out of love for her, and she’s so self-centered that it ends up being attractive for her in a twisted way.

You describe Ancient Greek myths as similar to reality television shows. Why do you think these ancient myths are so timeless and still relevant to a modern audience?

JY: I think because human beings look at how a society should be run: the way we should all get along, how everything should be based on merit and how fairness should work. Then none of it ever works that way, so there’s this terrible anxiety that comes with that, “Why is it like this? Why is it that nothing works in a satisfying way most of the time?” I think Greek mythology is all about that aspect of life, that the gods themselves are super flawed, because that explains why nothing works in a fair and logical way. And that is timeless. 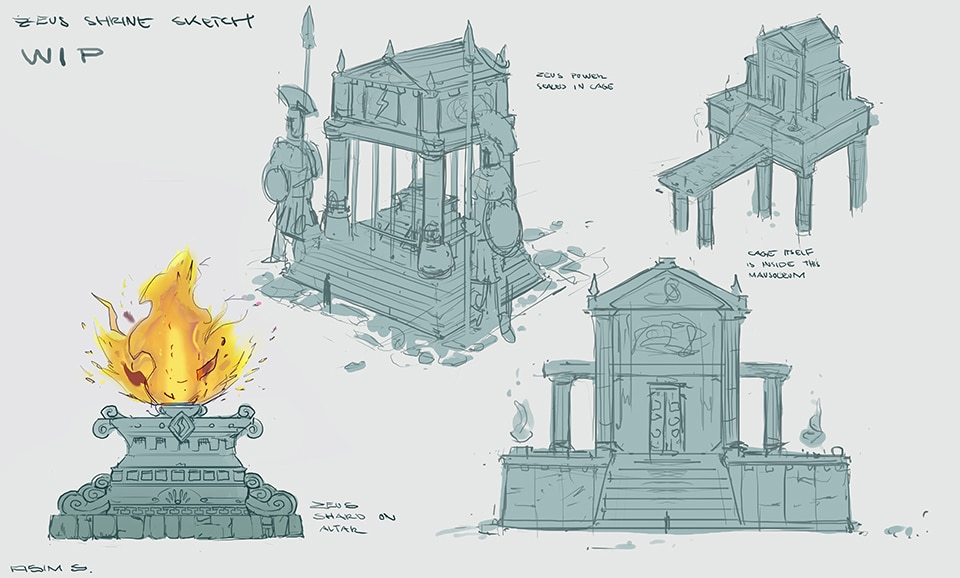 A lot of people tend to think of fairytales and stories as a moral guide to life. Why do you think the Greeks saw their gods as so imperfect and flawed?

JY: Because life is flawed and imperfect. The Ancient Greeks have a much more rational view, which is that life is about balance – they’ve given up on the idea that life is about achieving perfection. As long as you balance off being selfish with being kind-hearted, it’s okay; the problem is when you go too much in one direction, you basically deny yourself your own humanity by pretending to be a saint, and those are the moments where you’ve lost what it means to be human.

Was it challenging to adapt the myths for a modern audience?

JY: I thought it was a major opportunity because the world is fixated on things like reality TV. I felt like I had this empty, unexplored space, because Greek mythology has previously been treated as something very dark and serious. I would say a lot of modern media about Greek myths very much highlight the flaws of the gods from a darker perspective, and I felt like there was an opportunity to look at it from a very lighthearted perspective.

What sources did you use to research the stories used in the game?

JY: Edith Hamilton’s Mythology is an incredible resource. There’s also theoi.com, which is a primary source repository where there’re summaries of the stories, but much more importantly there’s a huge collection of directly translated source material that allow you to click through to find out where summaries and facts actually come from. I studied it a lot in school too, so I knew where I was looking. We had a Greek historian on the team; I would be asking her stuff like “What island can we set this on?” and she would send me five different options of islands she had found, and then I would look through them and try to figure out what stories would resonate the most, or work best, in a particular setting. 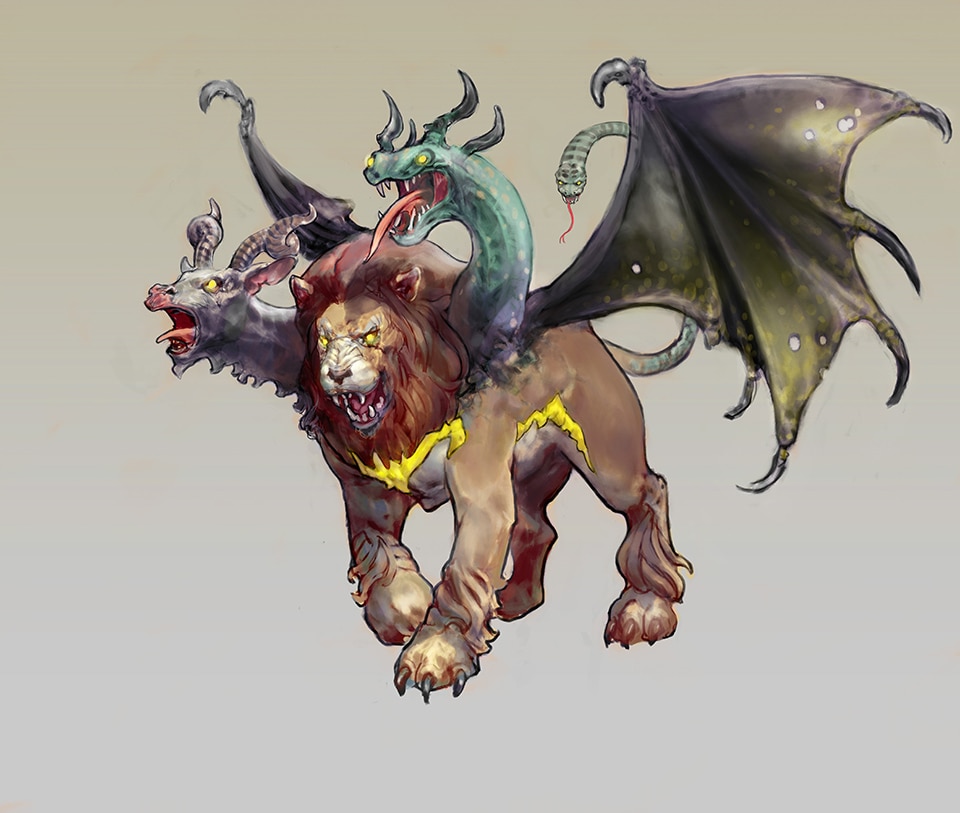 Some of the real myths can be a little, let’s say “risqué”; did you take any steps to make them more suitable for the audience?

JY: The game was rated Teen, so actually not that much, but the story of Aphrodite’s birth is a great example, so the joke becomes about the fact that it’s not being talked about, and anyone who wants to know the actual story can look it up to get the real tale. Because this was a comedy, all of the outdated or strange stories were included in the game and made fun of, or looked at through a modern lens.

Do you think there’s things people can learn from a culture’s myths and tales that might not come through in more traditional historical references?

JY: Oh yeah, that’s where the psyche of a people really comes to life. But it’s not just mythology, it’s drama too. The Oedipus cycle of plays is not about the gods, it’s about a king and what he does to his daughters, and the outcomes of those decisions. When you look at the art of a culture, you’re seeing into their soul and seeing what they think about life, what they value, and their motivations for doing the things that they do. For instance, if we disappeared and you found our money it would make no sense inherently, it’s just pieces of paper. There’s no way to know what those mean to the culture unless you can reach into this collective delusion we have that money has value. The reason things in our culture have value is because we give value to them collectively. Even though you can collect all these objects and look at things and try to figure them out, it’s really in the art that shows you what is valued.

Do you have any favorite Greek myths?

JY: I really like the story of Echo and Narcissus, just because it’s so tragic, but it also has this tinge of humor to it. The idea that this man is cursed to be so obsessed with himself that he stares at himself until he dies. Then there’s this nymph, Echo, who is in love with him and just stands there and is totally ignored until she fades away and only her voice, which repeats the last thing that anybody says to her, is left. And that just feels like modern romance to me, this idea that both people are totally fixated on what they want rather than actually forming a relationship with each other.

Are there any characters in the game that you identify with personally?

JY: I guess I identify a little bit with Hermes; I’m always poking fun at what’s going on in a situation. Hermes is in the story, but he’s also outside of it making fun of it all the time. He’s never really worried about what’s going to happen; he’s there, but he doesn’t commit. I always feel like I’m both inside culture and outside of culture, and he just speaks to me because, as a writer, you’re supposed to make observations. It’s like if you’re on a soccer team, you’re the guy who gets kicked off the team because you’re not gelling. But you really want to, you want to have that feeling of losing yourself and being a part of that collective. But you’re too skeptical and you think too much, and so you get yourself booted out of it, and I think Hermes straddles that line.

If there’s a lesson to take away from the stories in the game, what would that be?

JY: That seeking perfection is impossible and putting that kind of pressure on yourself stops you from being a complete person; our flaws make us who we are. Our flaws are our superpowers.