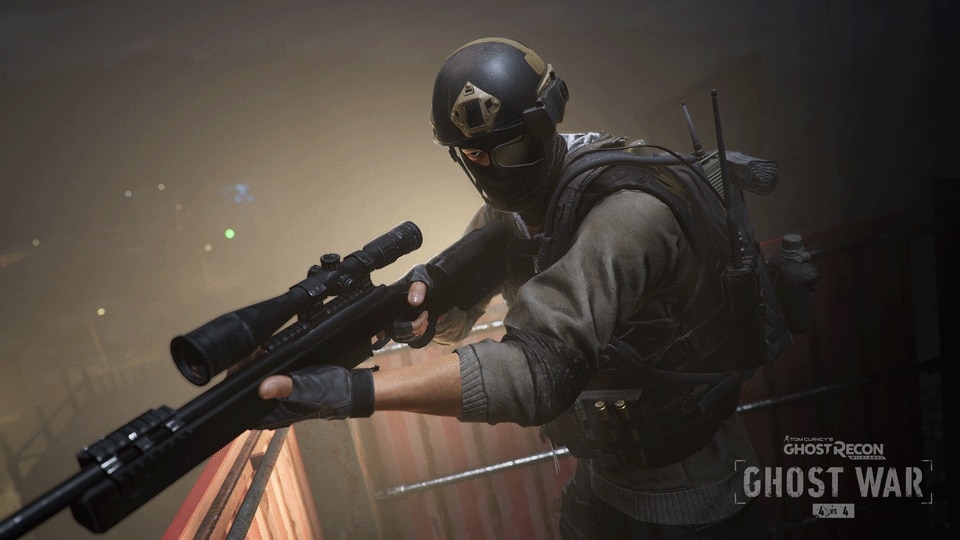 Special Operation 3, the third major free update for Year 2 of Ghost Recon Wildlands, is bringing a new crossover event to the PvE campaign starting December 11 – and this time, the Ghosts are meeting one of their successors. In the new mission, Operation Silent Spade, Nomad's squad teams up with Ghost leader Scott Mitchell, as well as John Kozak – a seasoned Ghost in Future Soldier's 2024 setting, but currently a rookie– as they investigate a link between the Santa Blanca cartel and a nuclear threat.

Completing Operation Silent Spade will net you a special prototype optical camo backpack. Players can also deck out their Ghosts with gear from the Silent Spade Pack, which adds a new weapon and cosmetic items.

Special Operation 3 also adds two new maps to Ghost War PvP, Lithium Mine and Outskirts, as well as two Future Soldier-inspired classes, Vanguard and Sharpshooter. Sharpshooter has a Long Range Specialist ability that lets him charge up his shots to negate sway and bullet drop, while Vanguard can reveal nearby enemies to his team by throwing sensor grenades. Year 2 Pass owners will get seven-day early access to Vanguard and Sharpshooter starting December 11, and all players can access them on December 18.

Also starting December 11, PC players can earn in-game Battle Crate rewards by inviting friends to join the game via the PC Referral Program – the more friends you invite that go on to purchase the game, the more rewards you can get. The program runs until February 11, 2019, and invited friends who choose to buy the game will get Battle Crate rewards as well, including a Spec Ops Crate and a Ghost War Crate.