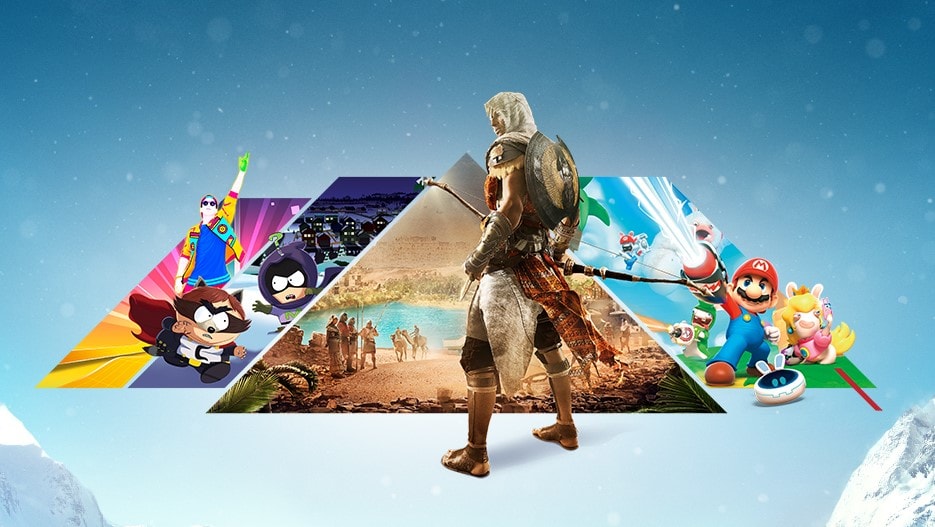 Ubisoft Directors Call Out Favorite Moments from Their Games

As players, we all have our favorite moments from our favorite games, those instances that sear themselves into our memories and shape our passions. This isn't unique to players; videogames are made by passionate, hardworking people who pour themselves into their creations. We wanted to find out what moments stand out to the people behind our most loved videogames, so we asked 10 different directors to highlight the moments that resonated most with them from their particular game. Be warned, spoilers ahead.

The Moment: Edward Kenway meeting his daughter Jenny for the first time.

"I really love the ending of Black Flag as we get to see the 'new‘ Edward Kenway. At the beginning of the game, we meet him as a very impetuous and energetic young adult, thinking that freedom means having no rules. But as the story progresses, he learns that a total absence of rules often leads to death, and that at some point, you need to grow up if you want to build things that will last. This ending scene, complimented by the Parting Glass song (picked by Lead Scriptwriter Darby McDevitt), depicts a more mature Edward, one that decided to grow up and take responsibility. This is the end of a selfish adventure life, and the beginning of a new, more altruistic one."

The Moment: Aya and Bayek's reunion at the end of The Hidden Ones DLC.

"I really love this scene because it shows how the Brotherhood was created by both Aya and Bayek, a couple who, after the loss of their son, dedicated their lives to others. I find this scene very powerful – I actually broke up into tears the first time I saw it – because it shows the respect and love that still exists between them despite the fact that, for the greater good, they need to live separately. Together, they managed to make it through so many doubts and difficult moments, and they still have this strong bond that goes beyond love. They know that what they're building is more important than themselves, but, still, it is very hard to live without each other."

The Moment: The Phantom Boss battle

"My favorite moment in Mario + Rabbids Kingdom Battle has to be the Phantom Boss. 20 years ago, I was playing Conker's Bad Fur Day, and I promised myself that If I ever had the chance to create my dream game, I had to do at least one musical boss fight. So we could say that I've waited almost 20 years for this moment. Everyone told me that Rabbids can't talk, but no one told me that they can't sing. So here we are, with a boss fight 20 years in the making, mixed with references I had in mind to Phantom of the Paradise and Rocky Horror Picture Show, the best recipe to create the craziest ‘diva' ever. Within that moment, my favorite lyrics are, ‘It's-a me, let's-a go, the only words you know!' because it's a character that is taking a shot at Mario, on a personal level."

The Moment: Escorting Joseph Seed to the helicopter.

"There is this moment during the opening minutes of Far Cry 5 when you and a group of lawmen have to escort Joseph Seed through the Eden's gate compound. The place is full of armed cultists who are really not happy to see you taking their leader away. It's a situation that could clearly escalate with just one false move, and you are in control. The player is escorting The Father in cuffs while the squad is trying to keep it together, surrounded by cultists who are becoming more and more vocal. Then Joseph starts to sing Amazing Grace and everything goes to shit. I love that moment. It is a very tense and minutely choreographed 20 seconds of gameplay. It was a pain to make it a playable sequence and not just a cinematic, but it was worth it in order to put the player at the center of it all, to experience what it is to be front and center in a growing riot."

The Moment: The Voting Machinations mission.

"My favorite moment is the conversation between Marcus and Josh about the voting machines in a portable toilet outside a compound at the beginning of the mission. Dedsec have to find a way to make the voting machine disappear, and Josh is hiding in the toilet waiting for Marcus to arrive. It's a simple moment, really, but I love the way the actors delivered this scene. I just love the way Josh finishes the conversation abruptly by closing the door to get back to the safety of the toilet. A simple gesture that makes me laugh every time.

These simple Josh moments are special to me, because my son is autistic, and the way Josh was done was really accurate. I just love those funny natural moments he has with his friends. It reminds me of my own Raphael doing similar things. We received many letters from parents and teenagers who wanted to thank the team for portraying someone with autism this way. These letters alone justified my choice to make videogames for a living. I will never forget them, and I will never forget everybody involved in bringing Josh to life so well."

The Moment: The first multiplayer ride at sunset.

"A few months before launch, a group of us wanted to make a quick video of the newly implemented multiplayer. To make it shine, we had decided to ride in the sunset. We had chosen a nice setting in a remote location in the Alps Massif. We started on a peak just over a glacier, chasing a very long line reaching to a forest that finally ended on an open field. Everything worked perfectly, and even though each of us had chosen different sports, we managed to stay together the whole ride. At some point, we all finished in the powder, skiing or snowboarding, just enjoying the ride in the sunset together. It was super magical, like one of those real-life moments in the mountains riding with friends, when you know that just right now, all the conditions have created a moment that is a unique mix of beauty, friendship, and pure fun."

The Moment: Sitting in the Captain's chair for the first time.

"Being ‘inside' the bridges of the ships for the first time was surreal and fantastic. Sitting in the Captain's chair on the original Enterprise was like stepping into the TV show, especially when I looked down and saw ‘my body' wearing the gold shirt, black pants and shiny boots. It was like becoming James T. Kirk! Or, the time I had the chance to play the game with Jeri Ryan, Karl Urban, and LeVar Burton was just awesome, and I can hardly believe actually happened!"

"The Death of Captain Diabetes was the culmination of our E3 2017 demo. Players had fun exploring a strip club, giving a lap dance, and running from Spontaneous Bootay, ultimately culminating in watching their diabetic friend die from shock while trapped in an alley. The player is left in control but also feeling powerless. In that moment, players felt a little like the silly superhero game stopped and realized these are just vulnerable kids. Then the silliness restarts and Morgan Freeman teaches you to rewind time with farts."

The Moment: Flying above the clouds for the first time.

"During the development of The Crew 2, we were testing the game, flying through our USA under heavy rain, when I decided to fly up and see what was going on above the mist. I didn't know the team had already nailed that aspect of the world, so when I flew across and out from the cloud cover and saw the sun reflect on the fluffy clouds, the snowy mountain peaks above the bright blue horizon and that intense light – it felt like surprise and perfection at the same time."

The Moment: The Cyclops' Eye

"We were in a review for this questline, and [Creative Director] Jonathan [Dumont] just blurted out, 'I want to stick the eye in a goat's butt.' Everyone laughed and thought it was hilarious, but never thought for a second he was serious, and he was like, 'I'm serious, I want to do that.' So we did, and it's one of the funniest scenes that really sets up the character of Kassandra and Alexios early on in the game."

The Moment: The Infernal Prime fight

"I've always been fascinated by the myth of David versus Goliath: facing a huge creature and thinking there's no way to win, then starting to break it down by studying its weak points and behavior. That's one of the most gratifying feelings in games for me. I felt an incredible sense of scale and accomplishment when I played Shadow of the Colossus years ago – although I felt bad after taking down each of the Colossi! – and I wanted to try to recreate this breathtaking feeling in Starlink. When you face the massive Infernal Prime boss, I love how the music evolves to highlight the different stages of the fight, as well as the player's heroic actions. When the Prime's health reaches a certain level, we hear the Starlink theme blend with the combat music, which encourages players to keep fighting and lets them know they're making progress. It really got me the first time we played it with the team, and it still gives me the chills when I play it today!"