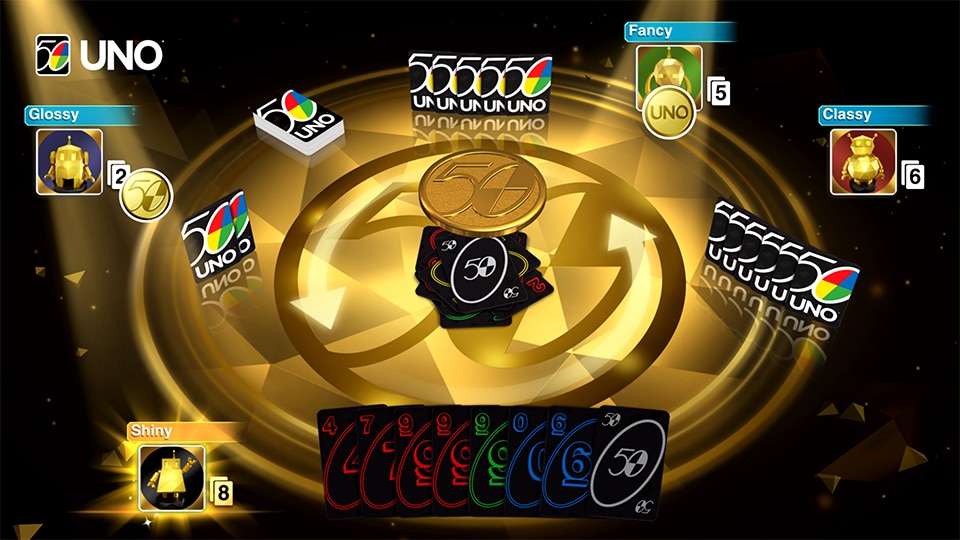 UNO, the physical card game, is celebrating its 50th anniversary with the release of a special edition that features velvety black cards, a gold coin, and an exclusive card – all of which you can now grab as DLC for the digital version of UNO on PS4, Xbox One, Switch, PC, and Stadia.

Like its physical counterpart, the UNO 50th Anniversary DLC comes with an exclusive 50/50 card that, once played, lets players flip the coin to determine who has to draw four extra cards. In addition to that new rule and the new look of the cards, the DLC also features a renovated board in black and gold. The 50th Anniversary DLC joins a growing list of add-ons for UNO, including a free Winter theme and Rabbids DLC, as well as UNO FLIP! And DLC based on Immortals Fenyx Rising, Rayman, and Just Dance 2017.

UNO and the 50th Anniversary DLC are available now on PS4, Xbox One, Switch, PC, and Stadia, and are playable on PS5 and Xbox Series X|S via backwards compatibility. For more Ubisoft announcements, visit the Ubisoft News hub.