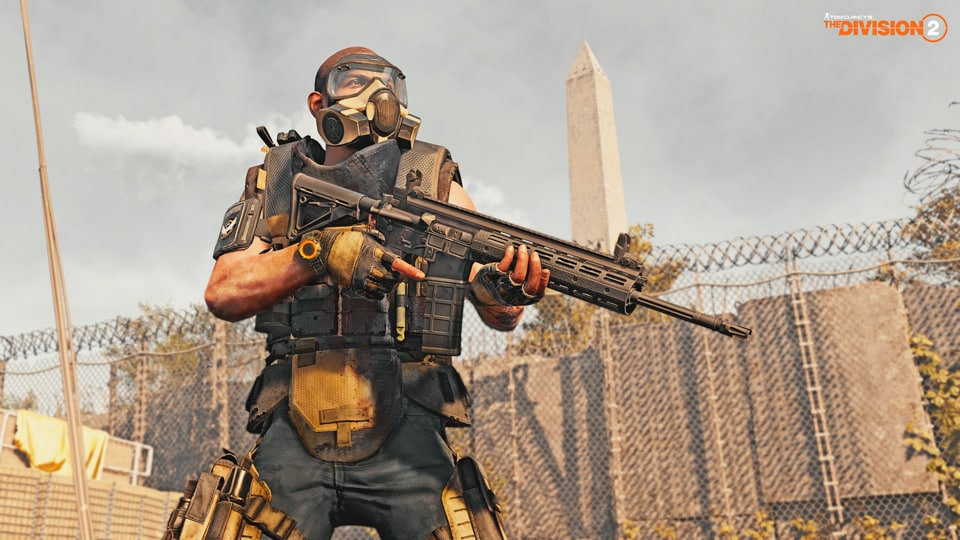 It's been just over a month since the launch of The Division 2, and teams around the world are actively working to make the game more rewarding, balanced, and bug-free. In today's State of the Game livestream, host Hamish Bode welcomed two guests from Red Storm: creative director Terry Spier and game systems engineer Ryan Liebscher. They talked about the importance of the newly launched Public Test Server, discussed a host of changes planned for the next big Title Update, and showed off some craft projects and screenshots from creative community members.

The Public Test Server is now live on PC, and free for anyone who own a PC copy of The Division 2. Over the next few weeks, the team will conduct testing phases to ensure the quality of the next big Title Update (TU3). Phase one, which is active now, is dedicated to testing bug fixes, while phase two will focus on new balancing updates for PvE and PvP. After you play the PTS or watch streams, joining the discussion on the official forums is a great way to offer feedback to the dev teams.

Balance Updates to PvE and PvP

The team will balance combat in PvE and PvP separately, in order to better craft an optimal experience for players. Some big changes to PvP balancing are in store, including:

The team at Red Storm is dedicated to tuning and improving the Dark Zone, and they announced a host of changes to make it more balanced and more rewarding for players. The biggest change is that loot drops in the Dark Zone will now go up to 515 gear score, exceeding the gear score cap of 500. If you want to get the absolute maximum power out of your loadout, the DZ will be the place to go. Other changes include:

Assorted changes are coming to the dedicated PvP matches of Conflict, including:

Spier made a point to clarify that exotic weapons aren't always meant to be the most damaging, highest rated weapons out there; they are more about encouraging a different style of gameplay or enabling a fun new combat loop. That being said, they are buffing exotics across the board to do more damage per second, and Pestilence in particular is getting an additional buff in PvP.

Bode read through an extensive list of tweaks and changes to talents. Spier stressed that while some players may be dismayed to see their favorite talents nerfed, it is a vital process to ensure the game is balanced. The teams are actively working to ensure that the relationships between the myriad game systems stay healthy, so that as many builds as possible are viable, and items do not become "must-picks." Liebscher added that these changes are not made in isolation; for example, if one talent seems vital for taking on challenging elite enemies, they will look at changing not only the talent, but also the enemy characteristics. For a full list of the planned talent changes, listen to Bode read through them all in the .

Finally, the team noted that numerous improvements are coming to text chat on PC, including feedback for invalid actions, automatic grouping for raid teams, and the text input window fading after a message is sent.