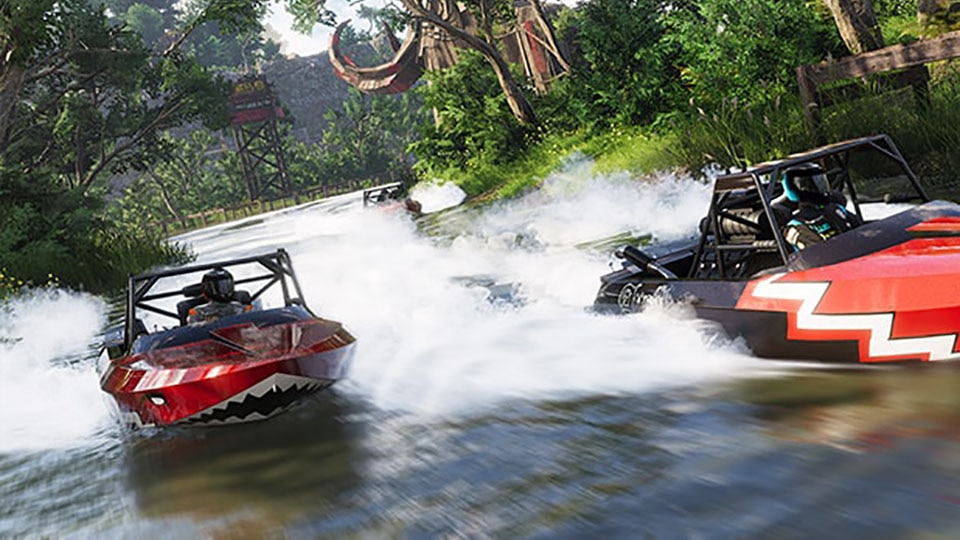 The Crew 2 Gets a March 16 Release Date

Get your motor running and head out on the highway on March 16, 2018 when The Crew 2 arrives on PS4, Xbox One, and PC. Thanks to its new Fast Fav feature, you can seamlessly switch between your favorite ground, water, or air vehicles as you travel across the game's new take on an open world USA. As you search for more boats, planes, bikes and exotic cars for your collection, you'll find a variety of challenges and competitions that'll put that collection to use. You'll hone your street racing, off-road racing, pro-racing, and freestyle racing skills in events like powerboat racing, aerobatics, jetsprint, and rally raid, as well as the newly announced drift, alpha grand prix, and motocross.

Details on The Crew 2 pre-orders have also been revealed:

Players pre-ordering The Crew 2 will get The Legendary Motors Pack which includes:

For $69.99, players can pre-order The Crew 2 Deluxe Edition which features:

The digital gold edition is $99.99. The physical gold edition for Xbox One and PlayStation 4 system is $109.99. For the NCSA region, a collector's SteelBook is also included.

For more on The Crew 2, check out our previous coverage or head over to the official site for more details and the chance to play The Crew 2 early during our beta access program.