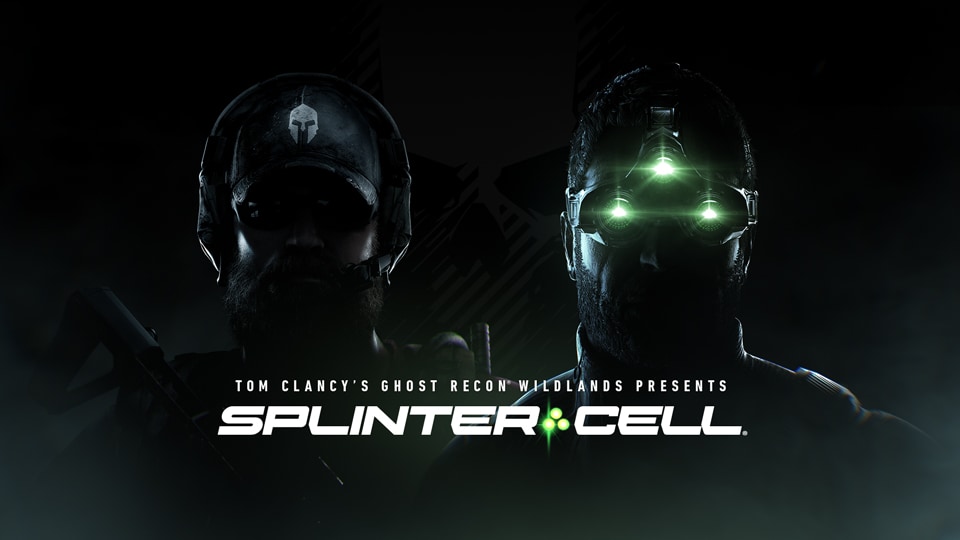 Splinter Cell's Sam Fisher is heading into the Wildlands, and he needs help from the Ghosts. Sam appears in a new mission included as part of the free Special Operations I update, available April 10 on PS4, Xbox One, and PC. Playable in solo or in co-op, this themed mission will put you and your teammates' stealth abilities to the test as you infiltrate a heavily guarded camp at night and help Sam complete his objective. The mission will be available for a limited time only, so be sure to finish it before May 16 to get access to special items, such as Sam Fisher's night-vision goggles.

"We are all super-excited to bring such an iconic character as Sam Fisher into Tom Clancy's Ghost Recon Wildlands," says Nouredine Abboud, Senior Producer, Ubisoft Paris. "Teaming up with Sam Fisher will require the Ghosts' stealth, cleverness and tactics. We can't wait to see the reactions of our players as they face this new challenge!"

In addition to this special crossover event, Special Operations I will introduce a new Echelon assault class to Ghost Recon Wildlands' Ghost War PVP mode. As you might expect, the Echelon class is a part of Sam's Fourth Echelon team, giving them access to fancy gadgetry, like the Sonar Pulse that enables them to see enemies through walls at close range. Echelon will be available for purchase with Prestige points or via the Ghost Recon Wildlands Year 2 Pass which will grant owners seven-day early access to the class ahead of non-pass owners. The class will also be available for use in Sabotage, a new PvP game mode included in the free update that also introduces five exclusive new maps.

If you're on the hunt for more Splinter Cell-themed goodies, you can customize your Ghosts with the Splinter Cell Gear Pack, which includes new customization options and weapons, like the karambit knife featured in Splinter Cell: Blacklist.

Don't own Ghost Recon Wildlands, but want to get in on the action? Starting April 12 and ending April 15, a Free Weekend across all platforms will let you play content from the Special Operations I update – along with the entirety of the Ghost Recon Wildlands base game, Ghost War PVP mode, and the Predator mission – absolutely free (online modes will require PlayStation Plus or Xbox Live Gold subscriptions for their respective platforms). If you purchase the full game, your progress from the Free Weekend will carry over. Be sure to also check your preferred platform for savings on the Standard, Deluxe, and Gold editions of the game, as well as the original Season Pass.

In addition to Special Operations I, Year 2 will bring three more free updates in the coming months, adding six new Ghost War classes, new missions, and community-requested features (such as the ability to customize the appearance of your AI squadmates in the campaign, included in Special Operations I). For more information on the Ghost Recon Wildlands Free Weekend, check the official site.