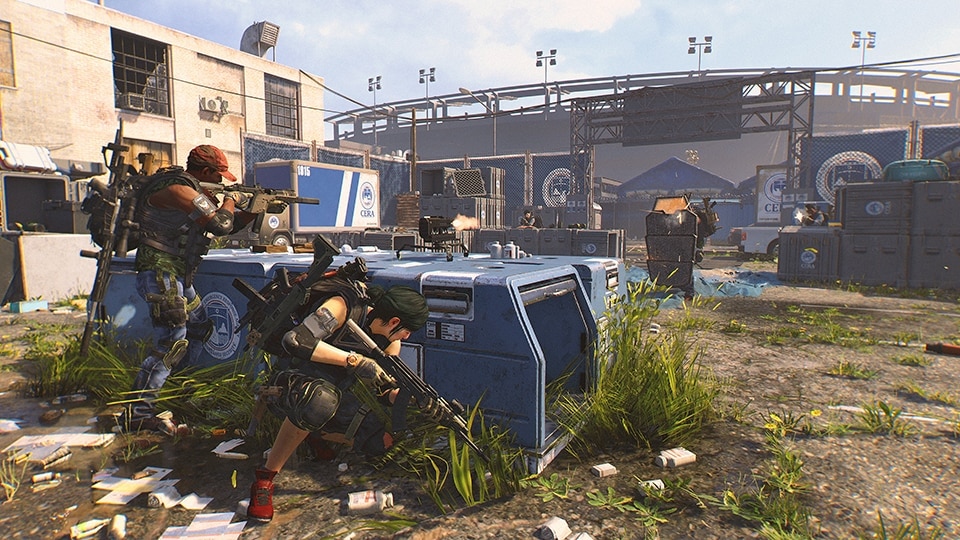 The Division 2 Available Now on Xbox One, PC, and PS4

Now is the time for all Agents to come to the aid of Washington, DC, as The Division 2 launches today on Xbox One, PC, and PS4. Playable solo or in co-op with up to three teammates, this open world shooter challenges you to take back the city by aiding its citizens, building up your Base of Operations, and fighting the enemy factions that patrol the streets. Grow your Agent's capabilities by looting and customizing weapons, scavenging and crafting gear, and unlocking new skills to increase your impact in firefights. Flex your prowess in the Dark Zones, where enemy factions and other players pose a deadly threat, or go head-to-head in competitive multiplayer combat. Then prepare for the endgame, when a new high-tech faction arrives, and you unlock a powerful new Signature weapon to take them on.

In the coming months, new stories and challenges will be coming to all players of The Division 2, and Year 1 Pass owners will be the first to get their hands on them. From the franchise-first eight-player raid to a series of DLC episodes, you can find more details in The Division 2's post-launch plan.

Gameplan for The Division 2 will also be available at launch, offering a collection of community-produced walkthroughs and guides curated by Ubisoft staff to help players make their way to the endgame. Gameplan can be found here and in-game at The Division 2 launch menu.

The Division 2 is out now for Xbox One, PC, and PS4. For more on the game, check out our previous coverage.