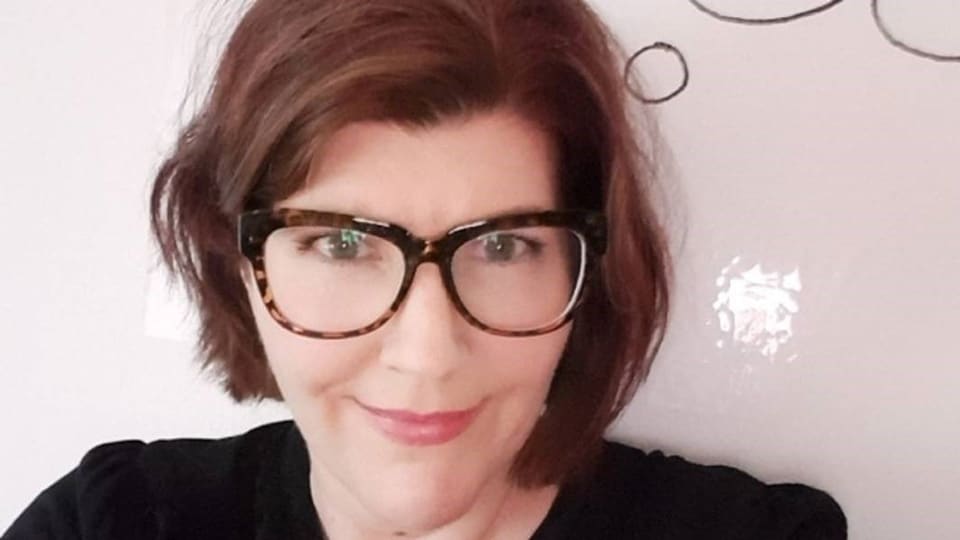 Anna Megill began her career in the videogame industry like many other developers: as a tester. While studying literature and computer science in college, she worked at Cyberlore Studios under veteran designer Brenda Romero, testing Playboy: The Mansion. By the time she graduated, she was a quality-assurance lead working on various Hasbro games, but her urge to break into videogame writing was so strong that Megill knew it was time for a change. That change led her to jobs at Nintendo, ArenaNet, and Square Enix before she finally arrived at Ubisoft Quebec to work on Assassin's Creed Syndicate.

Her first Ubisoft stint would be brief, as Megill moved back to her native Washington, DC to work as a freelance writer on Arkane Studio's Dishonored: Death of the Outsider before moving on to Remedy Entertainment. Eventually, she found her way back to Ubisoft as lead writer at Massive Entertainment, working on the upcoming Avatar videogame.

What made you want to pursue videogame writing?

Anna Megill: My sole ambition for what I want in my career is always, "What can I stand to do, day in and day out, for the foreseeable future?" I was a bartender for a long time, and it was great. I had a wonderful time doing it, but you reach a certain point when you don't want to talk to drunk people every night as part of your job. So I asked myself, "What's next?"

I've always played videogames. I grew up playing videogames, and I loved them. I played Myst when I was younger, and it made the connection between literature and videogames pretty obvious, and it clicked with me that someone actually had to write this stuff. I'd never thought about that before. I'd never imagined game writing as a possible career path. To be fair, game writing was different when I was starting out. When I told people back then that I wanted to write games, they would tell me in a condescending voice, "I think you mean design videogames." The role of videogame writer as we know it now didn't exist back then.

What does a lead writer do?

I also work closely with Annie Reid, who's the narrative director. She does a lot of the production work, and is the lore master for our team. She gives me a lot of guidance that I can pass onto the team. Of course, I do actually write as well [laughs].

One thing writers do that most people don't realize, is go into the studio with the voice actors while they're recording their lines. We're there to ensure that the line delivery is what we need for the game, and it's a lot of fun. Voice actors are awesome to work with.

AM: The moments I love, that remind me why I'm in this industry, are the moments when you're in the studio and you hear the voice actors bringing to life something that you've written. It was just an idea in your mind, and you wrote it down one day, and suddenly it's being performed. Or when you see a fully polished cinematic that the entire team has worked on together, and everyone's talent has come together to create this masterpiece. And you're thinking, "I scribbled down some words and now it's this beautiful experience because so many other people's hands have touched it."

Those are the moments when I genuinely get chills, and I'm so grateful to be working with the people I work with in this industry. It's incredible.

AM: The biggest difference is that you're writing for something that already exists and has boundaries. It's a matter of constraints, and I think constraints can be good, because they spark creativity. There's a certain rush in being able to create a world from the ground up, but working on an IP like the Avatar project, which is so well-known and has so much potential for tie-in work, has its own allure. But it can definitely be more challenging.

Why did you want to join the team at Massive? Did you know you were going to work on Avatar?

AM: I knew I'd be working on Avatar because they mentioned it in the job listing [laughs]. I also knew the narrative director, Annie Reid, because the AAA game-writing community is tiny, and we all know each other. I knew Annie was here working on this project and was excited about it. She spoke highly of the culture and creative process at Massive, and it sounded like a good fit for me. I was definitely excited to move here for the Avatar project.

"The moments I love, that remind me why I'm in this industry, are the moments when you're in the studio and you hear the voice actors bringing to life something that you've written."

There's an idea that working in a writing room consists of sitting in a circle brainstorming ideas, drawing on a whiteboard. Is that what it's actually like?

AM: Yeah, you got it! [Laughs] That's not all of it, of course, but that's the good fun stuff, when the ideas are popping up in your head and you're quick-pitching them and trying to convince your team that this one scene will transform the whole story. There's also the less-fun parts, like working in spreadsheets, writing 150 different greets for one character, and trying to find an interesting new way to say "I've been shot." There's a lot of nuts-and-bolts writing: inventory descriptions, objective tasks, journal entries, UI text like that. But you also get to work on epic cinematic scenes, and those are amazing to write.

Unlike game designer or level designer, "writer" is a role that exists in a variety of other mediums. What about videogame writing is unique to you?

AM: I like to tell stories through interactivity. People make experiential connections to videogames that you don't get in something like film, which is more passive. You certainly get an emotional reaction from film, but it's not the same as you making the choice yourself. There's a gut-wrenching feeling to making a difficult choice in a videogame, and that's where things get interesting for me. I want my work to force people to make these choices, and if I've done it right, they should feel conflicted. Their choices should have consequences and matter in the game. I don't want my story to be a passive or voyeuristic experience for players.

Are there any women within the videogame writing community that you look up to, or whose work you admire?

AM: Yes! I admire Sandra Sachka Duval at EA Motive. She's absolutely brilliant and has a gift for telling stories through unusual little details most people wouldn't think of. It was a pure joy to work with her and Hazel Monforton on Dishonored: Death of the Outsider. I love Rhianna Pratchett's work on her Tomb Raider reboots, and I've learned a lot from creators like Toiya Finley, Clara Fernández-Vara, and Ann Lemay. There are some great female writers at Ubisoft too, like Cassandra Khaw and the writers on my team here at Massive. Honestly, I know so many talented women in this industry, it's hard to choose.

What advice do you have for aspiring videogame writers out there?

AM: Be realistic. It's tough to get game-writing work. My advice is, don't shoot for the big AAA roles right away. Create your own Twine game, work for an independent studio, build up some experience, experiment a bit. Once you've built up a strong portfolio, then you can try to get into AAA games. If you're female-identifying, there's a Montreal-based incubator called Pixelles that helps you build a great portfolio. I know some women at Ubisoft now who came from it. And if you don't want to get into AAA, then I'd say find some like-minded people and make an indie game together. Some of the most exciting things in game narrative right now are happening in the indie scene.

When I got into games, there was a recognized path to follow. You got your entry-level job, which was usually in QA. You learned about making games holistically as a tester, and then you transferred into the department you were most interested in, which for me was writing. Unfortunately, I don't think that path exists anymore. I would suggest people go on Twitter and follow the writers they admire, ask questions, and try to learn as much as possible about the industry from them. It's hard to get a job writing games, and it's important to understand that going in.

For more interviews like this, check out our past entries in the Women of Ubisoft series.