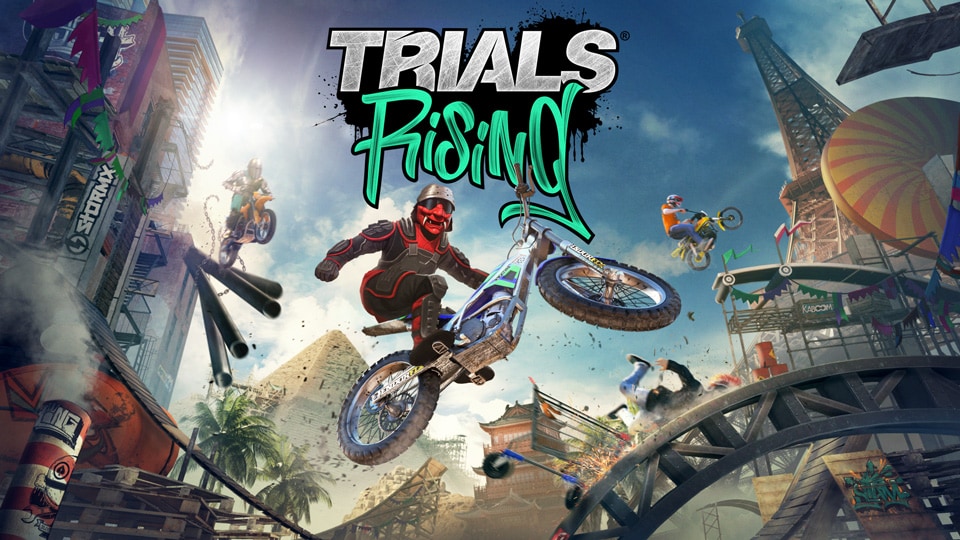 Trials Rising Season 2: Medieval Motor Mayhem is underway, introducing a new season of ranked multiplayer, two new Ronin- and Knight-themed rider outfits and bike skins, a new shopping cart vehicle, and new tracks. You can experience all the new content for yourself now on PS4, Xbox One, PC, Nintendo Switch. Trials Rising will also launch on the Stadia gaming platform.

Hot on the heels of Season 1, Medieval Motor Mayhem brings a new seasonal reward to Trials Rising's ranked multiplayer. As you climb your way through the ranked divisions, you'll earn different parts of the Golden Ronin outfit, which will be awarded at the end of the season. Get ready for some tough competition, as only the best riders will obtain the full outfit.

Alongside the new multiplayer rewards comes a wealth of new customization items, which will arrive regularly throughout the season. Two new rider outfits, the Ronin and the Knight, as well as two new bike skins (based on the aforementioned warriors) will headline the season's content. Additionally, four new Knight- and Ronin-themed headlights, 10 new themed helmet accessories, and six new themed stickers will be available. Once you've decked out your rider and bike to your heart's content, you'll be able to showcase them in new ways, thanks to the addition of five new loading poses, five new victory animations, and two new lose animations.

If you've ever wondered what a medieval shopping cart looks like, wonder no more. Season 2 is also introducing an entirely new ride: the Shopping Cart. The unique bike will challenge you to prevent your rider from falling out of the cart as you make your way through select courses.

Finally, Season 2 lets you take a trip to the Renaissance Faire across five all-new, medieval-themed tracks. You'll also be able to revisit a classic concept from Trials HD, with three all new tracks.

While you can jump into Medieval Motor Mayhem today, there's much more in store for Trials Rising, including the upcoming Summer Event taking place in July. The event will include a new Summer Swimsuit outfit available in the store or through Summer Event Gear Crates, as well as a summer-themed headlight and eight helmet accessories. An exclusive Summer Event challenge will reward players with an exclusive helmet if they collect all the ice cream cones hidden across various tracks.

Keep your eyes on the official Ubisoft Twitch channel during E3 and other big events to unlock the special Sentai helmet, check out the recently released Sixty-Six expansion and for more, be sure to take a look at out our previous Trials Rising coverage.