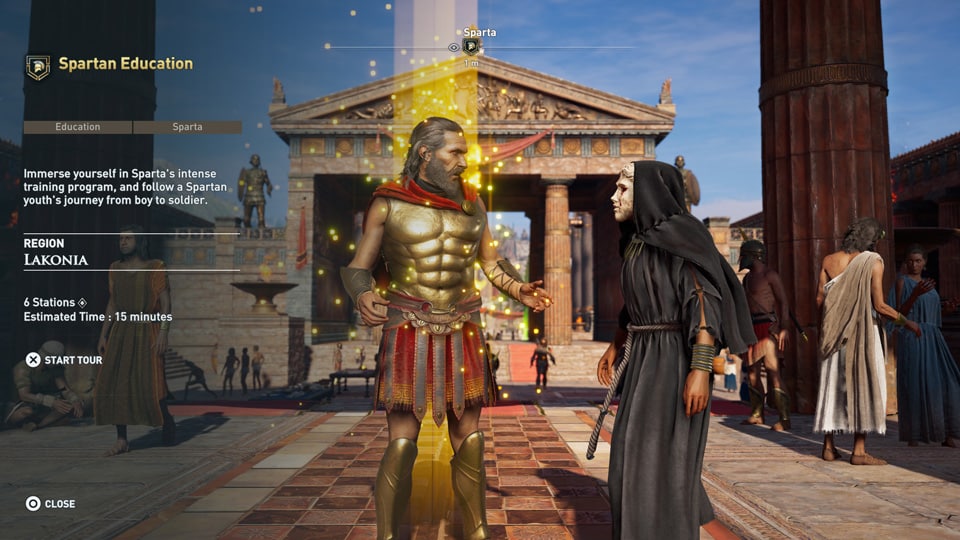 Assassin's Creed Odyssey gives players the chance to forge their own destinies across Ancient Greece – and now, Ubisoft has announced Story Creator Mode, enabling players to create entirely new quests and share them with other players. Ubisoft also revealed that Discovery Tour: Ancient Greece is coming early this fall, letting players explore its vast open world like a museum, complete with guided exhibits.

Available now as an open beta for players who own Assassin's Creed Odyssey, Story Creator Mode is a web-based tool that lets players design and share their own narrative-driven quests. Players can choose from six different quest objectives – including assassination, rescue, or visiting a specific place – and create their own branching dialogue and paths, while casting the game's characters in new roles. Creators can also give players the option to lie their way through an encounter, or end dialogue by attacking NPCs, if their story calls for it. Created quests can be shared and played on any platform, even if the creator and player are using different systems.

Players who prefer to dive deeper into what's already been created can check out Discovery Tour: Ancient Greece early this fall, when it will be available as a free update for Assassin's Creed Odyssey. Letting players explore the game's open-world rendition of Greece without conflict or gameplay constraints, Discovery Tour: Ancient Greece features 300 stations where players can take guided tours to learn more about Ancient Greek philosophy, war, daily life, mythology, and architecture. Additionally, the new mode will build on Assassin's Creed Odyssey's dialogue system with interactive quizzes at the end of each tour.