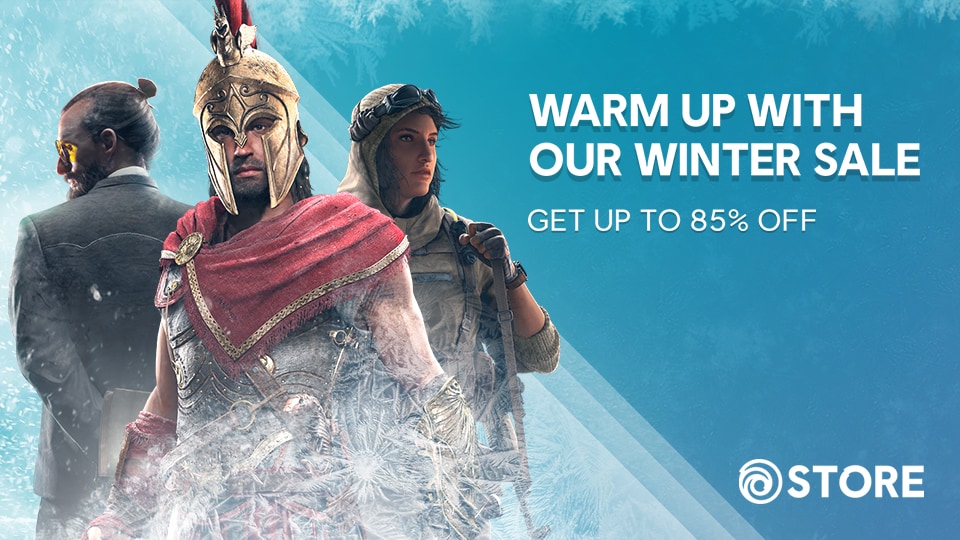 Want to save big on Ubisoft games over the holidays? You're in luck, because the Ubisoft Store has kicked off its winter sale, giving you a chance to snag hits like Assassin's Creed Odyssey, Far Cry 5, The Crew 2, and The Division at discounts of up to 85% off.

While you're there, keep an eye out for an opportunity to pick up a free game. Anno 1602: Creation of a New World is free from December 17-22, so act fast if you want to relive the city-building franchise's first steps. In the meantime, here's a complete list of the products on sale, as well as links to specific games:

Assassin's Creed Odyssey – Up to 50% off

Assassin's Creed Origins – Up to 67% off

Ghost Recon Wildlands – Up to 65% off

Visit the Ubisoft Store to start shopping, and move quickly – these deals disappear after January 5.