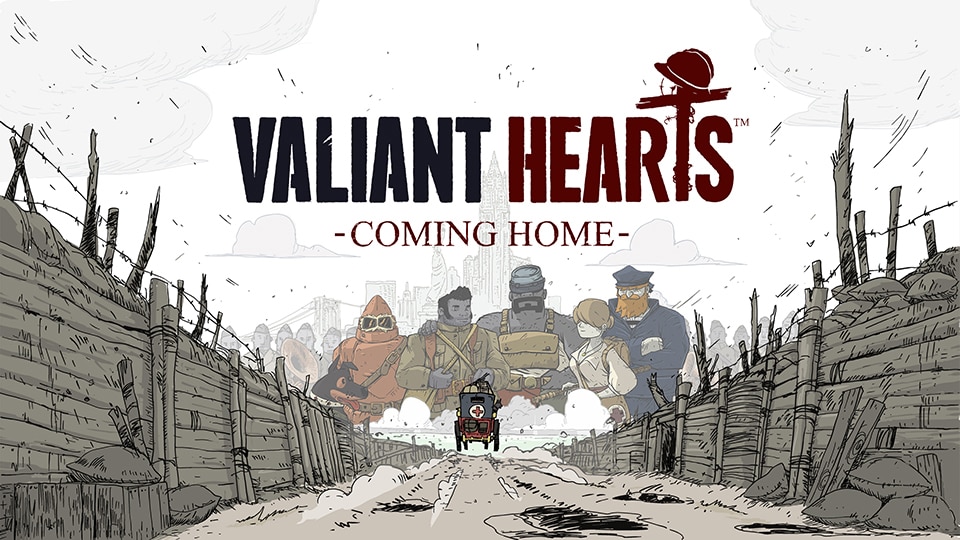 Valiant Hearts: Coming Home was revealed at The Game Awards, giving players a first look at the sequel to the award-winning Valiant Hearts: The Great War. The new game launches in early 2023, exclusively for Netflix members on the Netflix mobile app, which you can access on mobile and tablet devices.

Set during World War I, Valiant Hearts: Coming Home is a dramatic narrative game that follows four characters in a story about friendship, survival, and sacrifice as they deal with the overwhelming impact of war. The game depicts part of the story of the Harlem Hellfighters, the first African-American infantry unit to fight in World War I. Like its predecessor, the gameplay features a mix of exploration, puzzles, and action. Walt, the faithful canine companion from the first game, returns to help players solve puzzles.

Valiant Hearts: Coming Home is developed by the original core team that created the first installment at Ubisoft Montpellier, in collaboration with Old Skull Games. It is the first of three mobile games that Ubisoft and Netflix are bringing to Netflix members starting in 2023.