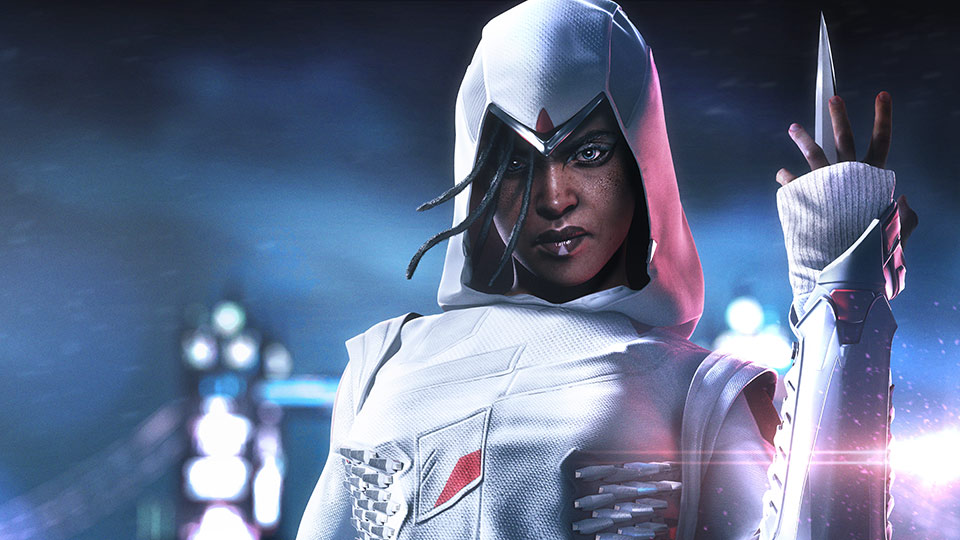 The Watch Dogs: Legion crossover with Assassin’s Creed launches today as part of Title Update 5.5 and introduces a new modern-day Assassin named Darcy, as well as two free story missions – Enter the Assassins and The New Creed – and two free world missions, Templar Hunt and Artifact Hunt. While anyone will be able to play the new missions, only Season Pass owners will be able to play as Darcy immediately in both the single-player and online modes.

As a trained Assassin, Darcy brings unique abilities as a playable Operative, including:

The new update also brings two new PVP modes to Watch Dogs: Legion Online. Invasion brings back the fan-favorite PvP mode from earlier games, which sees players invading another player’s game and executing a hack while trying to remain anonymous. Thanks to Play As Anyone, Invasion mode in Watch Dogs: Legion allows hackers to swap to other characters in the world to avoid detection. The other new mode is Extraction, in which players must obtain crypto drives and race across the city to upload the data while being hunted by other players.

Resistance Mode is coming to Watch Dogs: Legion single-player campaign as well, and offers a new level of challenge with game modifiers including:

Finally, Watch Dogs: Legion of the Dead – the previously PC-only co-op PvE survival mode in which up to four players try to gather resources and gear and escape London during a zombie apocalypse – is now available on consoles with two new enemies, new weapons, and more.

For more on all things Watch Dogs, check out our previous coverage.