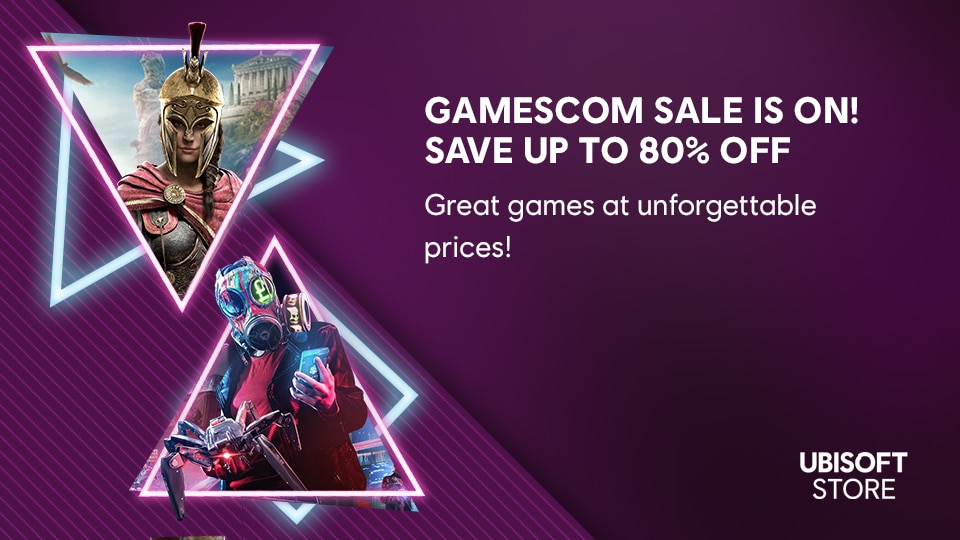 Save Up To 80% At the Ubisoft Store Gamescom Sale

Gamescom is known for new and exciting announcements about upcoming games, but did you know – thanks to the Ubisoft Store – it’s also a great time to pick up some of the recent games you may have missed out on? The Gamescom sale at the Ubisoft Store is a chance to pick up a number of Ubisoft’s latest titles for up to 80% off. Help start a hacktivist revolution in Watch Dogs: Legion for up to 60% off, build an industrial empire in Anno 1800 for 60% off, or journey through ancient Greece in Assassin’s Creed Odyssey for up to 75% off.

Read on for a full list of all the games on sale:

These games will be around for a long time, but these prices won’t be, so act fast, because the sale ends September 7. For all the latest news on Ubisoft games, be sure to visit news.ubisoft.com.