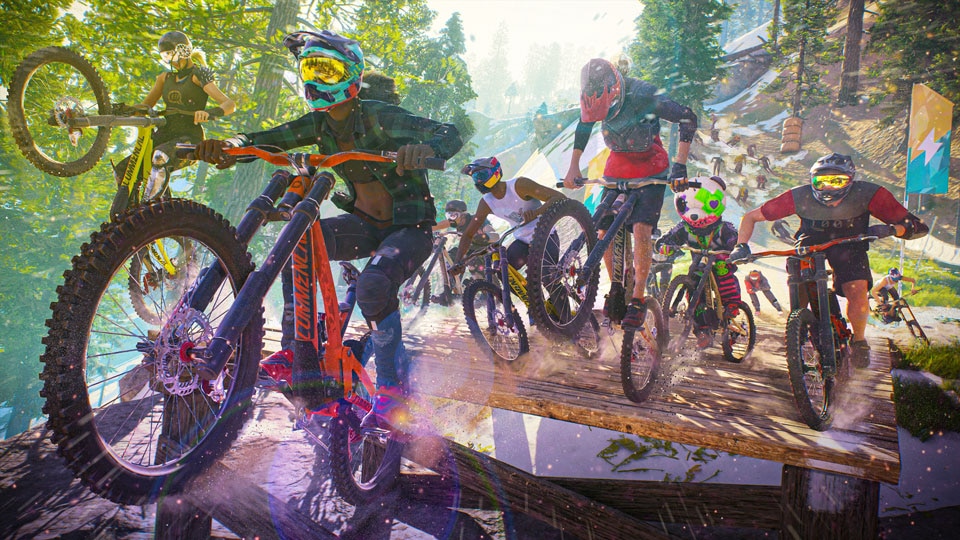 Riders Republic Racing Its Way to a February 2021 Release

Riders Republic, announced during Ubisoft Forward, is an all-new outdoor sports playground coming to Xbox One, Xbox Series X, PlayStation 4, PlayStation 5, Stadia, and PC via the Ubisoft Store, the UPLAY+, and the Epic Games Store on February 25, 2021. And these aren’t just any ordinary spots where all of the high-flying, trick-landing, combo-building action will happen between players and their friends. They’re biking, skiing, snowboarding, and wing suiting in some of the most popular national parks in the United States, including Bryce Canyon, Yosemite Valley, Sequoia Park, Zion, Canyonlands, Mammoth Mountain, and Grand Teton.

All of these locations join together to form a social sports park where players can tackle a variety of solo, and PvP modes. There are Competitive Races and Trick Challenges, Multiplayer Arenas, and Online Cups where players can fight for spots on the leaderboard. Riders Republic also features Mass Starts – races that feature more than 50 players at a time on next-gen consoles, forcing them to think about how they can navigate the pack while safely making it to the finish. Finally, Riders Republic includes a full career mode as well, allowing players to work their way up and eventually sign sponsors, all while earning progression-based gear to customize their rider.

Riders Republic will also make use of next-generation console features. The entire game, including races that feature more than 50 riders onscreen simultaneously, will run at 60 frames per second. The game will also support Smart Delivery for Xbox One and Xbox Series X|S, giving owners of one version access to the other for no extra cost. Similarly, those who own the physical or digital version of the game on PlayStation 4 will have access to the digital version on PlayStation 5 for no extra cost.

For more information, check out the official site.