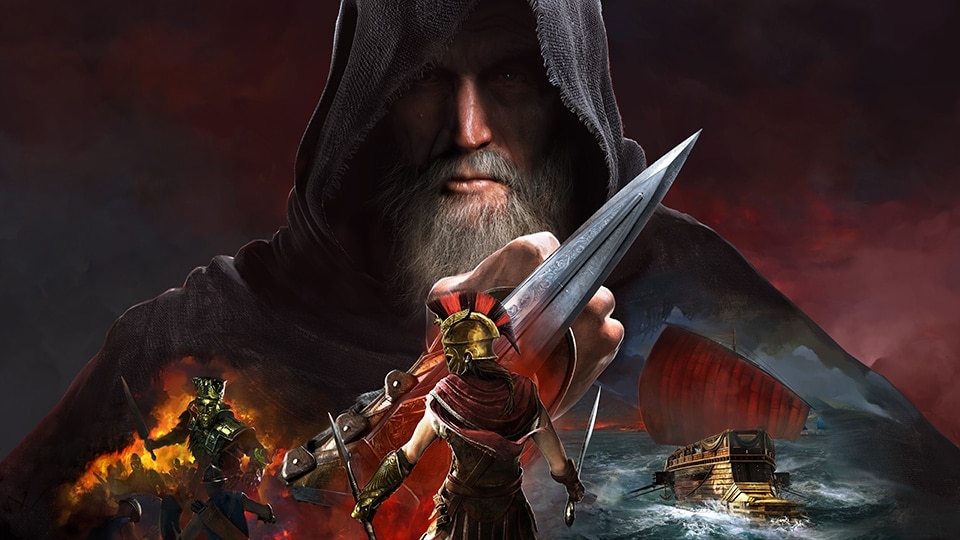 In Assassin's Creed Odyssey, you'll become a legendary Spartan mercenary and help shape the fate of Greece during the Peloponnesian War. Odyssey's Ancient Greece is packed with things to do, but there are plenty of reasons to keep playing long after the credits roll. Players who purchase the Season Pass, Gold, or special editions will have access to two major post-launch story arcs, as well as Assassin's Creed III Remastered (which also includes Assassin's Creed Liberation Remastered). Additionally, all players will receive free post-launch content in the form of The Lost Tales of Greece episodes, as well as daily and weekly in-game events. Lastly, Assassin's Creed Odyssey players will be able to explore and learn about Ancient Greece free from conflict through guided tours with the return of Discovery Tour.

Odyssey's first major piece of story-based post-launch content, Legacy of the First Blade, introduces players to the first person to ever use the Hidden Blade, forever altering history. Launching in December, Legacy of the First Blade will reveal more about the history that led to the formation of the Assassins. Then, in spring 2019, The Fate of Atlantis, the second story arc, will set players against mythic creatures while they uncover the mysteries of the fabled sunken city of Atlantis. Each story arc will launch as a series of episodic adventures, with new episodes releasing approximately every six weeks.

Those who don't pick up the Season Pass will still have access to additional post-launch content. The Lost Tales of Greece are free episodic stories that will release regularly between the larger post-launch episodes, providing a continual stream of new content to all players, with quests that feature new and familiar characters. Additionally, recurring in-game events will also be free for all players, and introduce new epic ships, mercenaries, and mythical creatures for players to take down each week. Lastly, Assassin's Creed Odyssey will receive a New Game Plus mode, which will bring new challenges and allow you to see how different choices affect your odyssey.

Assassin's Creed Odyssey will launch on October 5 on PS4, Xbox One, and PC. Players who pre-order the Gold or special editions will have access to the game starting October 2. For more on the game, check out our previous coverage.