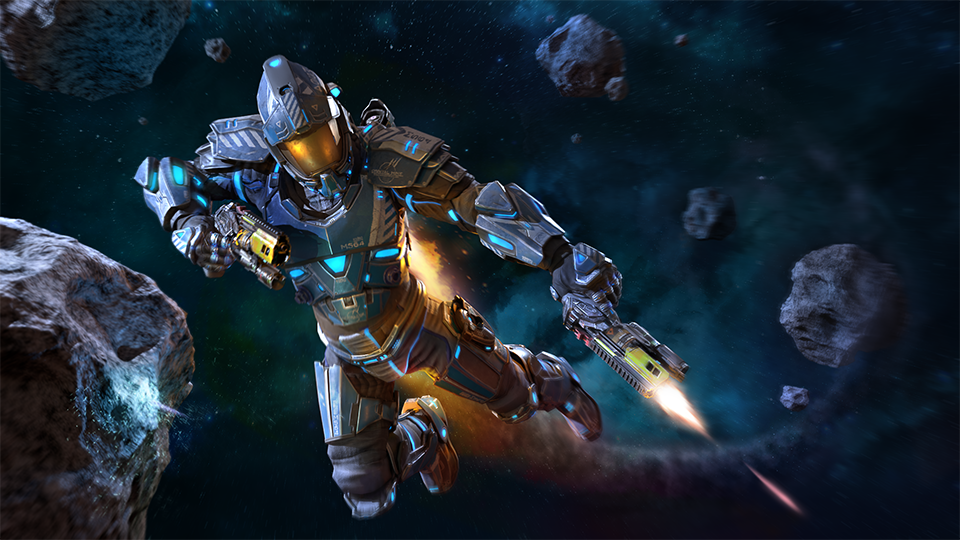 Space Junkies launches on March 26, but you can strap on a VR headset and rocket around its microgravity arenas for free starting March 21, when the open beta kicks off on PlayStation VR, Oculus Rift, HTC Vive, and Windows Mixed Reality. Running until March 25 and featuring full cross-play support, the open beta will be a chance to jump into four fast-paced PvP modes, in which you'll team with and hunt down other players, with full freedom of movement across several zero-G maps.

Space Junkies' huge arenas and free-flying traversal create opportunities for blistering shootouts, letting you do things like chase an enemy through tunnels in an asteroid, or turn the tables on a pursuer by grabbing a floating weapon and blasting away until its ammo runs dry. You can even whip out a shield and beam sword for an intense close-quarters duel – if you don't get shot down first, that is.

After its launch on March 26, Space Junkies will receive regular content updates, with new modes, maps, weapons, and customization items coming soon. For more on Space Junkies, check out our previous coverage.