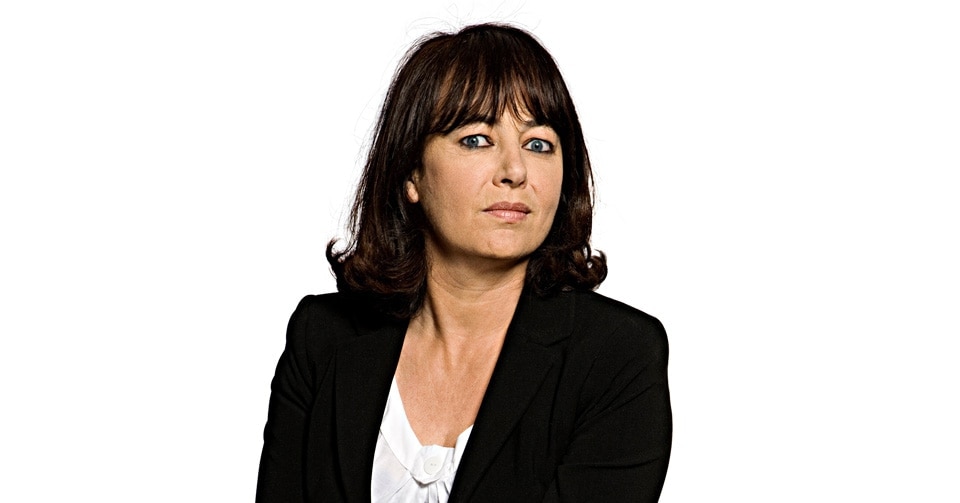 Lessons in Leadership from the Fifth Person to Join Ubisoft, Christine Burgess-Quemard

Ubisoft is a company that employs more than 14,000 people all over the world. Christine Burgess-Quemard was employee number five. Having been with the company since its founding, she remembers a Ubisoft where everyone worked in one building, and it was possible to know every individual's name. As Executive Director Worldwide Studios, Burgess-Quemard is responsible for internal services linked to how Ubisoft produces its games. By overseeing and managing finance, HR, procurement, and planning for all Ubisoft studios, her team ensures that production teams have all the resources and means they need.

There are few people at Ubisoft more influential than Burgess-Quemard. Her strong emphasis on honesty, integrity, teamwork, experimentation, and trust, means she embodies Ubisoft's core values and makes her the perfect candidate for the first entry in our Empowering the Creators series. In these interviews, we will examine how Ubisoft motivates, empowers, and works with its employees, from global, company-wide perspectives down to individual team management.

How did you come to join Ubisoft?

Christine Burgess-Quemard: I actually joined Ubisoft before Ubisoft was born. Yves' brothers hired me back in the time of Guillemot International. We were dealing with the distribution of videogames and music CDs. We were buying from the UK and distributing to France and French territories in Europe. That was at the end of 1985, and when Yves created Ubisoft, he asked his brothers to release me so that I could come and help him at the beginning of 1987.

Having been at Ubisoft for more than 30 years, what keeps you motivated?

CBQ: I think it's two things: it's the company and it's the people. My motivation has always been to be part of this company; I was there from the very beginning when it was just five people, and now it's 14,000. I've always looked at it as an exhilarating adventure, because when you have to start something from scratch, you have to build everything, and in that process you do all sorts of things. We grew very organically, and we learned as we were doing. It's both the company and the people that inspire me.

How has the company changed since the beginning?

CBQ: Obviously, the growth of the company has changed its profile. I think with up to about 200 to 250 people, you can still know everyone by their first name, but after that you begin to lose count, and you can't possibly know everyone. Once we got to that point, it was important to put managers into place, and have a good management structure so we could keep on building out teams. The building process has been the most interesting change for me.

How has the growth of the company changed your management style?

CBQ: I don't think it's changed that much, actually. At first you manage two people, then four. Then, when it comes to 20 or 30 people, you can't manage them all specifically. That's why you need to put others in charge. You have to put trust in your direct reports that they have the same values as you do. I think what's great about Ubisoft, that you don't see at many other places, is that the values that drew me to this company, and to Yves, more than 30 years ago are still just as important now as they were then. Although the company has grown, thanks to Yves' personality, and all the people who have joined the company since, we have managed to keep the same spirit. We haven't lost our soul.

How would you describe that spirit?

CBQ: It's a people's company. We're not in a "heavy" machine industry. We're in the entertainment industry. Our wealth is in the people who work for Ubisoft. Our means are people's creativity, people's minds, and people's ideas. Without the people, we don't have a company. The intrinsic value of Ubisoft is its people, and we've tried to never lose sight of that. Yves is a great businessman, but he's also very personable, and I think we've been able to replicate the way he cares for the people he works with at every level of the company. We always say, "At Ubisoft, you always have a second chance." You're allowed to take risks, you're allowed to make mistakes.

How would you describe the spirit of your own management style?

Where did you learn these lessons in management?

CBQ: I think it's something that goes back to who you are as a person. It's about values, your life experience. I'm a sailor, for instance, and when you're on a sailboat, it's important to have a team that is well-coordinated. You have to trust your captain; if you don't trust your skipper, you shouldn't be on board, because the seas can be very dangerous. The videogame industry is a lot like an ocean, blue or red (laughs).

How do you manage conflicts between people and teams?

CBQ: The best way is to listen. You have to listen to what everyone has to say, first and foremost, and not make any judgements. I'm not a qualified psychologist, but I think it's pretty obvious that there are usually reasons for what people do, and you have to be close enough to people to be able to listen, understand, and analyze what they say. I always try to help people, to bring them to their own solutions and help them solve their own problems. I tell people, "It's OK to bring me problems, but you also have to bring me solutions to those problems." If you try to impose solutions on people who have a conflict, it's going to be a rough road – but if you make them examine their own situation and encourage them to put themselves into other peoples' shoes, very often they can find the solutions within themselves.

What qualities do you look for in a team member?

CBQ: Honesty and integrity. If you have these two qualities, we can go quite a long way together. If you don't have integrity, it's very difficult to build a relationship. If you're trying to build a house, you need a strong foundation, and integrity is the foundation of any relationship. You need people you can rely on and that you know will support you and the organization.

What qualities do you look for in a boss?

CBQ: My boss is Yves, and he works very much on trust as well. I think that's why we've had such a long relationship. We both agree that trust and integrity are important. To me, the pleasure of doing your job and working together is also a quality a boss should have. Again, I think that's why Yves and I have been able to work together for more than 30 years.

How do you motivate people who are already at the head of an entire studio?

"Our wealth is in the people who work for Ubisoft. Our means are people's creativity, people's minds, and people's ideas. Without the people, we don't have a company. The intrinsic value of Ubisoft is its people, and we've tried to never lose sight of that."

What do you look for in a candidate during the interview process?

CBQ: I always try to understand where people are coming from and where they want to go. What is this person's motivation? What will motivate them to go one step further? I try to find the true motivation for people and really understand their personality.

How do you help ensure diversity and inclusivity on your team?

CBQ:** I think we've been very lucky here at Ubisoft, because we have more than 10,000 people working in production across 30 different countries. It means that we have many different cultures working together and adapting to one another. Part of diversity is a sense of being multinational, and when you travel, your mind is much more open. When your mind is open, you're much more ready to accept different people. The strength of a company is in its ability to be a melting pot, its ability to cultivate the differences between people. If everyone is the same, it will stifle your creativity. The more diversity you can have in gender, religion, and nationality, the more creativity you can bring to the table.