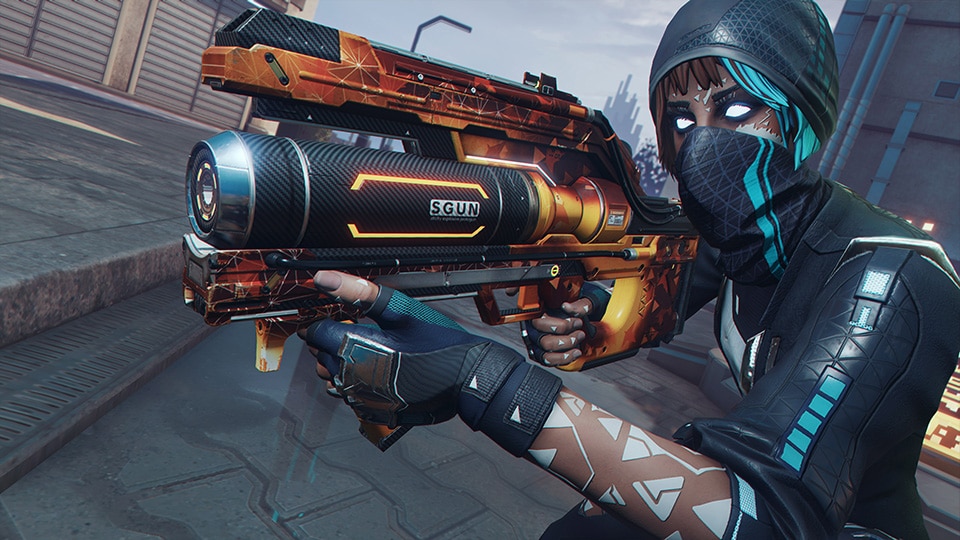 Hyper Scape’s second season, called The Aftermath, begins on October 6, bringing a new weapon, a new hack, and a new Battle Pass to the free-to-play battle royale, as well as new game modes, a ranking system, and a new district of Neo Arcadia to explore. When Season 2 begins, players can annihilate opponents with the Atrax weapon, which fires sticky bursts of timed explosives, or climb to new heights (and get the drop on unsuspecting opponents) by deploying horizontal stepping stones with the limited-time Platform hack.

Coming mid-season, the limited-time Platform hack will be essential for navigating the new Floor is Lava mode, which turns the ground into lethal magma. Other new modes introduced or returning in Season 2 include Crown Rush Duo, Crown Rush Solo, Faction War, and Turbo Mode, with more to be revealed at a later date. Crown Rush Solo will also appear in the Limited-Time Mode rotation with a new feature, Second Chance, which gives players who are eliminated early on a chance to rejoin the battle. Players can also now earn a persistent rank – Bronze, Silver, Gold, and so on – based on their performance in their 10 best Crown Rush Squad matches.

Beginning with Season 2, players will receive a Daily Gift when they log into Hyper Scape, which can include Battle Points, cosmetics, and other items. The season’s new, 100-tier free and premium Battle Passes will also be a chance to earn exclusive rewards, including Champion outfits, deployment pods, and weapon skins.

Before Season 2 kicks off, players can send off Season 1 with the Project Tower event, which runs from 11:00AM to 12:00PM PT on October 4, and focuses on Prisma Dimensions confronting Neo Arcadia’s mysterious glitches head-on. And if you’re looking for more of the story behind Hyper Scape, the second 10-page issue of Dark Horse Comics’ free digital Hyper Scape comic is now available through the official site, as well as via Dark Horse Digital, Comixology, and other digital comics distributors.

Hyper Scape is now available and free to play on PC, PS4, and Xbox One. Season 2 starts on October 6; be sure to check out our previous coverage for more on Hyper Scape in the meantime.