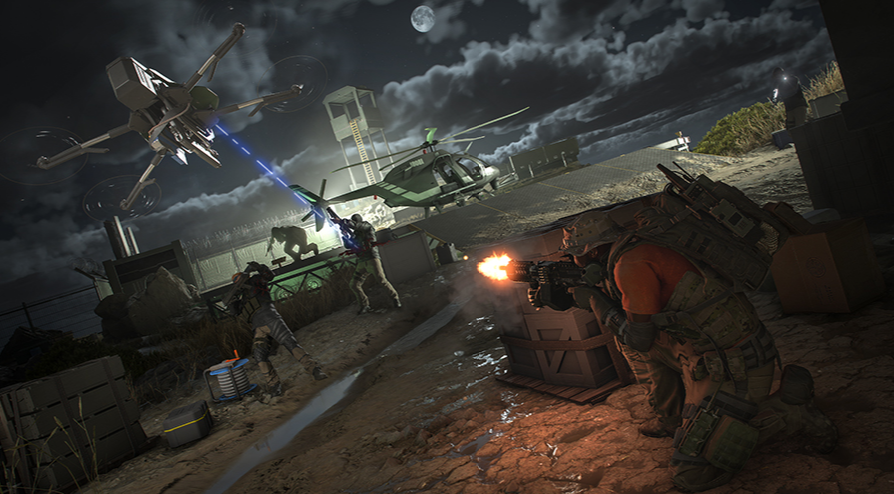 Ghost Recon Breakpoint will soon receive its biggest update yet, one that offers a way to fundamentally change the way you play. Coming March 24, Title Update 2.0 introduces the Ghost Experience, a new mode that lets players experience Ghost Recon Breakpoint three different ways. First, there’s the Regular Experience, which is the way Ghost Recon Breakpoint was released, featuring gear level and tiered loot. Next, there’s the new Immersive Experience that removes gear level and introduces a more realistic loot system, as well as a host of new tactical settings designed to heighten your immersion, such as stamina management, ammo loss on reload, health regen, risk of injury, and more. And finally, Custom Experience gives players an extensive array of options so they can find the balance between the Regular and Immersive Experiences that works for them.

The new Engineer Class is coming alongside the new update. Engineers can deal more damage to drones, carry extra offensive items, and are more effective with grenade launchers. Their special ability, the Defensive Drone, will attack nearby enemies, while their class tool, the Ammo Supply Drone, provides allies with an extra magazine. Year 1 Pass owners will have one-week early access to the Engineer Class starting March 24.

Title Update 2.0 also includes a host of community-requested features. For a full rundown, check out the official community post on the Ghost Recon Breakpoint page; here’s a glimpse at some of the categories addressed by the updates:

The Ghost Recon Breakpoint development team also took some time to speak about an offline mode in the official post. While the team has done extensive work to see if an offline mode would be possible, it was not able to deliver a solution that also offered a stable experience. Instead, the team has come up with an alternative:

Our team identified that the service that was most difficult for players with inconsistent connections was the one that enabled matchmaking. With this new update, players who cannot maintain a sustained connection to matchmaking services will still be able to play solo PvE without being disconnected.

These players will still have all of the functionality of the game except access to multiplayer modes. While in this mode, your Friends List will appear empty.

The game will regularly re-test this connection in the background without impacting your play. You will be able to manually trigger a re-test of the connection by initiating matchmaking in multiplayer modes.

Episode 2, Deep State, will also arrive on March 24 for all Year 1 Pass owners. For more information on the update and other important Ghost Recon Breakpoint news, check out the community update.