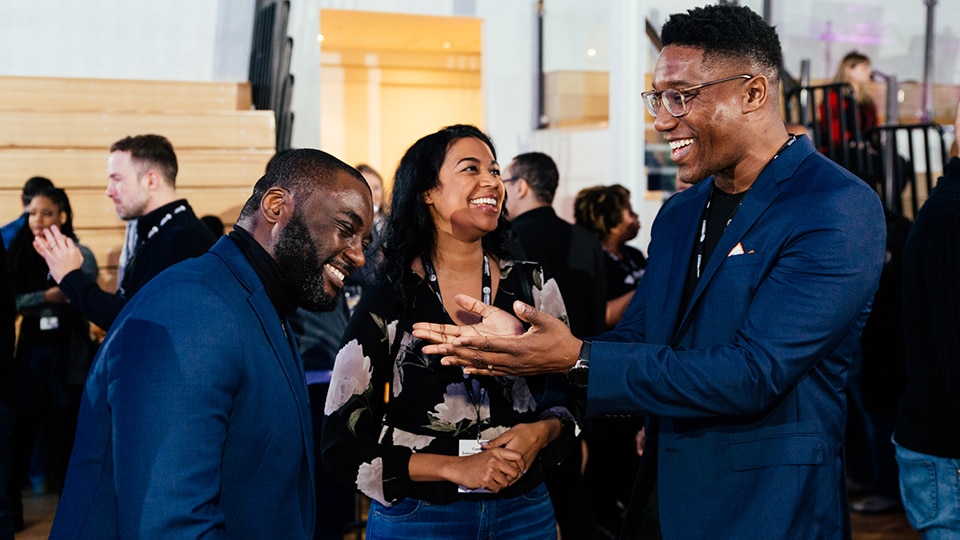 Pulling Others Up At the Black Game Pro Mixer

At E3 2019, Andrien Gbinigie, product manager at Ubisoft Toronto and Leon Winkler, Ubisoft’s director of international events, held the first ever Black Game Pros Mixer. The event brought Black professionals from all corners of the gaming industry together for a night of networking. Recently, the pair hosted a second version of the event at Ubisoft Toronto. Read on for a first-hand account of the event from Gbinigie.

On a night full of so many memorable moments at the Black Game Pros Mixer, there’s one quote from an attendee that stood out and made everything worth it:

“This is the most Black people I’ve seen in one room talking about videogames, this is amazing!”

In the first week of Black History Month 2020, the Ubisoft Toronto studio hosted more than 100 Black professionals from across the local videogame, film, television, and tech industries for the second edition of the Black Game Pros Mixer. For this event, it was especially important to all of us to host it during Black History Month. 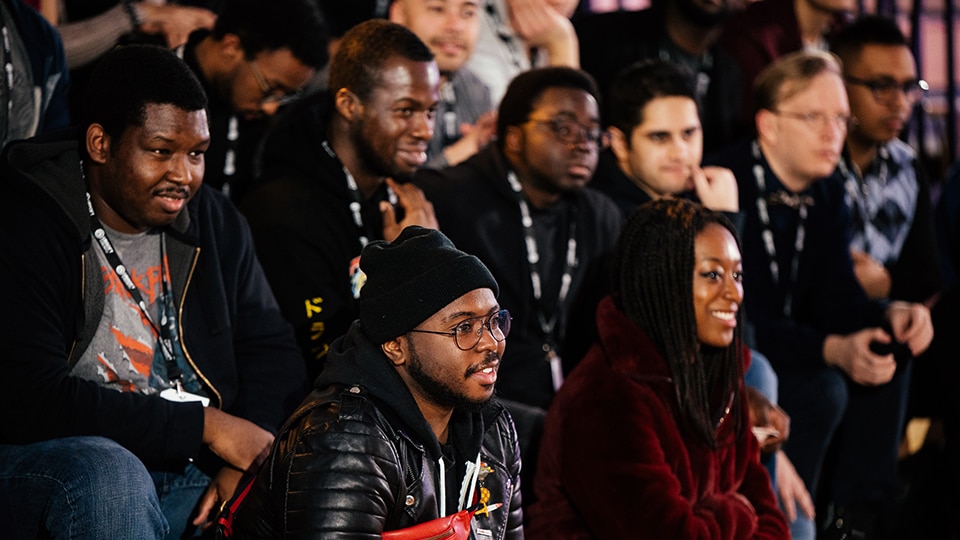 Only 8% of the global videogame industry identifies as Black/African-American/African/Afro-Caribbean according to the IGDA’s Developer Satisfaction 2019 Survey. As a result, gatherings of Black industry professionals are very infrequent, and rarely on a scale like this. It is important for Black game professionals to have our own spaces. They allow us to share stories of lived experiences, to crucially and critically examine strategies and tactics to improve diversity and inclusion in the industry, and to unapologetically be ourselves amongst one another.

I’ve always been a firm believer that prominent Black professionals in our industry should be given more opportunities to tell their stories and share their knowledge. To that end, Leon and I felt that a panel discussion with a Q&A would add a welcome interactive element to the event. I reached out to experts who do consistently great work to increase Black representation in the industry – Tanya DePass, founder and director of I Need Diverse Games; and Raymond Graham, technical director at Unity Technologies – to be our guest speakers.

On the big night, people began arriving far earlier than the start time, despite the less-than-stellar weather. There was a palpable buzz of excitement by the time I took to the mic to welcome everyone to the event. We kicked things off by giving the attendees a special tour of the new Ubisoft Toronto Performance Capture studio, after which Leon delivered opening remarks. He talked about how he first landed at Ubisoft more than a decade ago, and how he has seen the industry evolve in terms of the diversity of its workforce. Leon also touched on the importance of the Black youth being able to see people that look like them working and being visible in the industry, as a catalyst for their eventual progression into videogames. His personal perspective launched us into the broader topics of the panel discussion. Tanya, Raymond, Leon, and I discussed a range of topics centered on navigating the videogame industry as a Black professional. I asked them about their decisions to enter the industry, and if they considered it a risky profession at the time. We discussed the importance of diversity and inclusion, how we all assessed the progress made so far, and what we could all do to help push things forward. All of us were in agreement that there had been a noticeable increase in the number of people from diverse backgrounds we see at conventions and consumer shows, as well as at developer studios and publishers. The panel also noted that for things to continue to improve, it would require much cooperation and teamwork from within the community, in addition to the support from strong allies from outside.

“When you get to that point, [where you can make a difference to diversity and inclusion in the industry] bring other folks with you," said Tanya. “We can’t, and shouldn’t be highlanders. We got where we are on the labor of others...bring others along when you’ve got to the top of the ladder.”

This month’s Black Game Pros Mixer energized me and made me very hopeful for the future. We had attendees travel to Toronto for this event from New York City and even as far away as San Francisco, indicating strong interest and demand. The event itself was even covered by gamesindustry.biz. My hope is for these mixers to become a regular industry fixture, and I’d love to see them at more events like PAX, GDC, and even Comic Con. We hope you’ll join us for the next one!