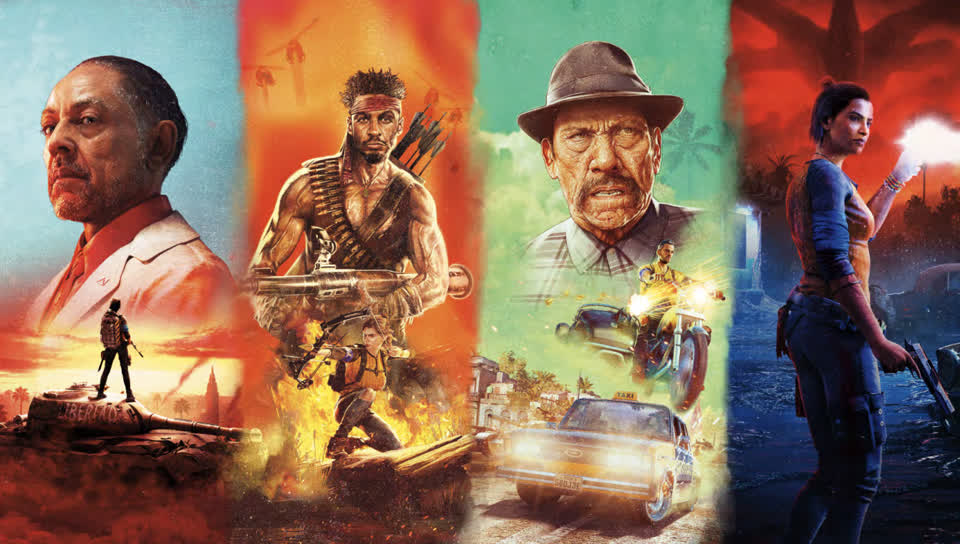 Far Cry 6 is hosting a free weekend until August 7, so get your Supremo ready to lead Libertad to victory. Available on Xbox Series X|S, Xbox One, PS5, PS4, Stadia, and PC through the Ubisoft Store and Epic Games Store, the free weekend includes access to the full game, including the Danny Trejo, Rambo, and Stranger Things crossover missions. Whether you're fighting with guerillas against Antón Castillo, delivering Danny's dealing death with Danny Trejo, unleashing epic explosions with an action hero-superfan, or saving Chorizo from the Shadow Place, there's a lot for new players to explore.

If you want to keep fighting after the free weekend ends, you can purchase the game and continue playing with all your progression intact. During, and for a short time after the free weekend, you can get discounts on the game, its Season Pass, and the DLCs that let you play as legendary Far Cry villains Vaas, Pagan Min, and Joseph Seed:

In addition to the free weekend, Far Cry 6 is hosting a worldwide* Photo Mode contest, starting today and running through Aug. 12 at 8:59PM PT. To enter, players must use Photo Mode and post an in-game photo, video, or GIF that they feel best captures a great "summer vibe." The Far Cry 6 community development team will select five winners, and 10 more will be randomly selected from all valid entries. Prizes include AMD Radeon RX 6800 XT graphics cards, Far Cry 6 collector figurines, Tobii eye trackers, Corsair headsets, and more. Only posts on Twitter, Instagram, or TikTok will be accepted, and all entries must include the hashtag #FarCry6FreeWeekendContest.

Dive into Yara's rebellion today on Xbox Series X|S, Xbox One, PS5, PS4, Stadia, PC via Ubisoft Store and Epic Games Store, or with a Ubisoft+ subscription on PC, Stadia, and Amazon Luna. For more on Far Cry 6, learn how developers got inside the minds of Far Cry villains, or read about how Far Cry 6 implemented improved stealth.

*Excluding Quebec and where prohibited