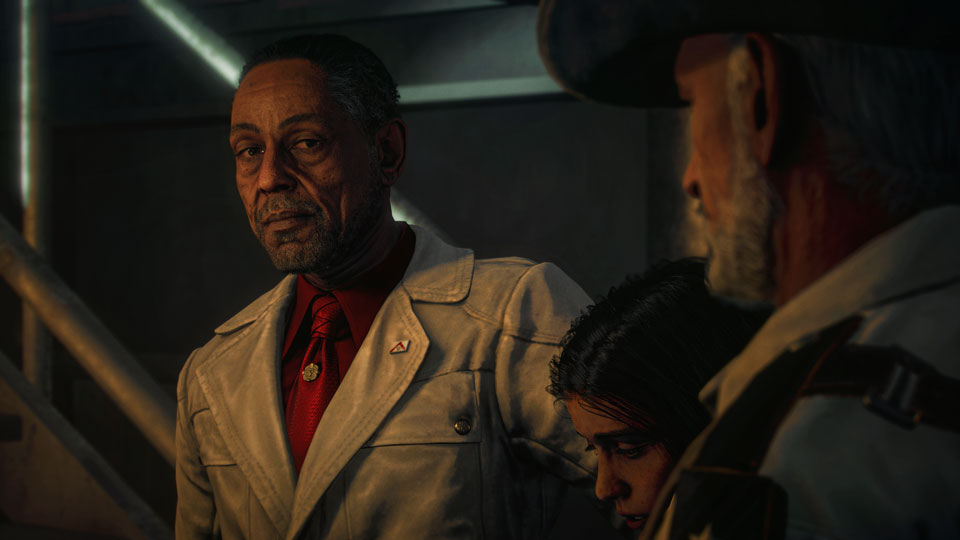 Far Cry 6 launches on October 7 and shakes up the Far Cry formula in some exciting ways, but with less than a month until players are flying in wingsuits over the stunning landscapes of Yara, burning viviro farms, and giving Chorizo all the pets, it’s time to dive into what’s coming after the game releases. While Season Pass owners get access to three DLC episodes that dive deep into the minds of past Far Cry villains, all Far Cry 6 players will receive consistent post-launch updates and content at no additional charge including crossover missions with Danny Trejo, Rambo, and more.

In the Season Pass, players will step into the minds of three of the series’ most infamous villains – Vaas Montenegro, Pagan Min, and Joseph Seed – in separate DLC episodes that feature Far Cry gunplay mixed with roguelite mechanics. As each villain, you’ll fight to escape the horrors of your own mind starting with nothing but a pistol. You’ll have to find new weapons and acquire power-ups in order to delve deeper into the minds of each character.

Each episode is playable solo or in co-op with a friend, even if they don’t own the Season Pass. The Season Pass is available for standalone purchase for players who own the Standard Edition of Far Cry 6, and is included in the Gold, Ultimate, and Collector Editions. Here’s what it offers: 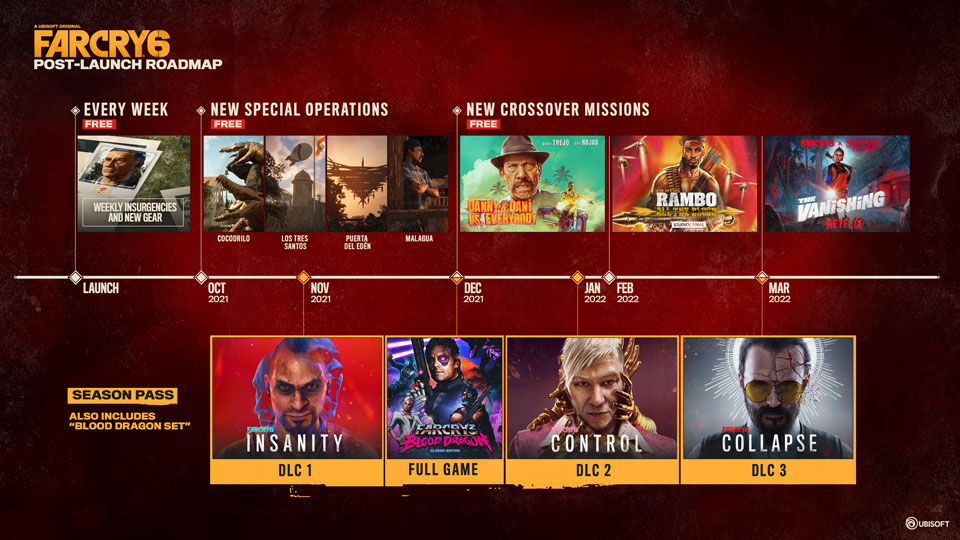 In addition to the Season Pass, all Far Cry 6 players will have access to free post-launch content playable solo or in two-player co-op: