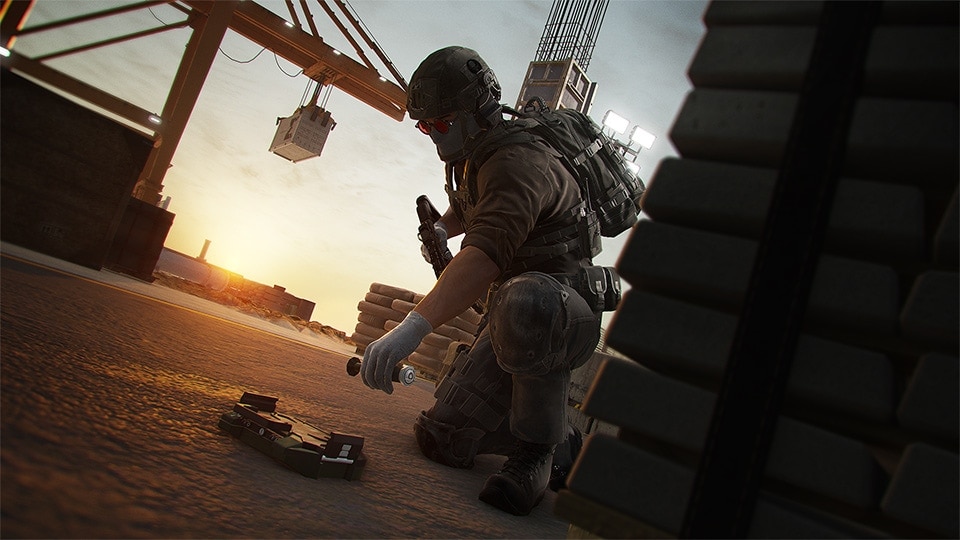 Ghost Recon Breakpoint is out on PS4, Xbox One, and PC starting October 4, meaning we're just days away from exploring Auroa and taking on Lt. Col. Cole D. Walker and his fearsome Wolves. We've spent some extended time in Breakpoint thanks to the recent open beta and have come away eager to dive deeper and excited for what's to come. Here are seven things we can't wait to get more of when Ghost Recon Breakpoint launches.

Ghost Recon Breakpoint's skill tree offers a wide variety of abilities to unlock, allowing you to easily plan your progression path and always dangling a juicy new skill right in front of you. Skill points can be found out in the world, or earned by killing enemies, completing missions, leveling up your current class, or finding collectibles. Skills come in many different forms; some unlock passive bonuses, like extra experience and higher ammo-carrying capacity. Some unlock consumable items, like the rocket launcher or sync shot drones; some give you abilities, like parachuting or thermal vision; some upgrade your drone with shorter cooldowns or better range; and some give you perks. Perks must be equipped to take effect, and you can only equip up to three at a time, so it's best to choose the specific perks you need for your specific situation. Fortunately, you can customize your preset loadouts with unique weapons, gear, and perks, and change them up freely at any Bivouac.

Speaking of changing things up at the Bivouac, this is also where you'll be able to change up your class. Breakpoint launches with four classes: Assault, Field Medic, Sharpshooter, and Panther. Each class comes with a unique class technique (like disappearing in a smoke screen or deploying a healing drone), a class item (like gas grenades or an intel-grenade launcher), and class proficiencies (like extra health, faster movement speed, or the ability to self-revive). Classes can also be upgraded by completing class-specific challenges in PvE or PvP, which will earn you skill points and tier-specific rewards.

Nomad and Walker's Past

Walker (played by Jon Bernthal) wasn't always the ruthless leader of the Wolves that we see in Breakpoint; at one point, he was a squadmate of Nomad, the main character. Certain missions offer up memories of Nomad and Walker's past relationship. It's clear that the former comrades were close, but it's not clear exactly where their paths deviated. In addition to the flashback cutscenes, certain collectibles found around the world offer up additional insight in the form of letters and postcards between Walker and Nomad's squad. With so much history between our hero and our villain, we can't wait to uncover the mystery of their past.

Breakpoint begins with Nomad's helicopter shot down on Auroa. The Wolves have made the archipelago extremely hostile, and if you want to survive, you'll have to fight for your life without all the intel and support you're used to. If you're the type that prefers to lean into the fantasy of a Ghost behind enemy lines, Breakpoint offers up a few simple but effective features to create a more immersive experience.

The first comes in the form of Exploration Mode. Turn this mode on in the settings, and you'll no longer be given objective markers on your map. Instead, you'll get directions to your goal based on named landmarks. Exploration Mode was designed to help players cultivate a more intimate knowledge of Auroa's geography by orienting you to certain regions, natural features, and cardinal directions. Locations for missions and weapons won't appear on your map until you discover them naturally in the world. And, for those who like their HUD as sparse as their map, Breakpoint also allows you to toggle a majority of the HUD on and off with a single button, or customize it element by element.

The Wolves aren't the only faction on Auroa. Early on, you'll meet the Homesteaders at their base of Erewhon. As a mostly civilian group, the Homesteaders will need your help hacking networks, locating members, and finding vehicles around Auroa. Help them out in designated Faction Missions, and you'll earn points toward your Battle Rewards progression path. You can see what the rewards are ahead of time, so you always know what you're chasing.

Behemoths are some of the biggest and baddest drones in Auroa. They're heavily armored, can attack multiple targets at once, and lay down deadly mortar fire. Taking one out is tough in a group, let alone by yourself, and requires the right amount of strategy, firepower, and skill – but taking down these massive autonomous tanks was some of the most fun we had during our time with the open beta. While overcoming the challenge they present is a reward in itself, the Skill points and valuable loot they're often guarding don't hurt either.

You can extensively customize your weapons with the Gunsmith, a tool accessible through your inventory screen. Each weapon has a host of attachments, which you can buy or find out in the world. These attachments, like larger magazines or red dot sights, can significantly alter the performance of your weapon.

Once you've outfitted your weapon to your liking, you can upgrade its baseline stats by using parts from dismantled weapons. These are incremental upgrades to stats like handling, accuracy, or mobility. Unlock all eight upgrades, and you'll be able to raise your weapon to Mark II level. This will give it a new passive bonus, and give you eight more incremental upgrades to unlock. Repeat the process again to get a weapon to its full Mark III potential. The great thing about this system is that it applies to all weapons of the same type. For example, if you spent time and resources upgrading your Vector SMG only to find a higher level Vector later on, all the upgrades you've made will carry over to the new one.

Ghost Recon Breakpoint is out on October 4 for PS4, Xbox One, and PC. For more on the game, check out our previous coverage.