Editor’s Note: Throughout the videogame industry – Ubisoft included – Black, indigenous, and people of color (BIPOC) are dramatically underrepresented. According to the 2019 IGDA Developer Satisfaction Survey, only 19% of developers identified as something other than “white/Caucasian/European.” BIPOC of Ubisoft is a series highlighting the voices and stories of BIPOC folks at Ubisoft in an effort to provide an example for the next generation of game professionals and make the industry more welcoming and inclusive. The series will run in seasons, each with a different theme. Season Two will focus on stories of representation in media.

My parents named me after Carl Lewis. Unfortunately, I never inherited any of his athletic ability. I was more interested in stories, whether they were told via comics, novels, film, videogames, or TV series.

That’s why I decided to pursue an internship in the fiction department of a French TV channel, and decided I wanted to work in TV and film production. Now, I do just that, as a Junior Project Manager at Ubisoft Film and Television in Montreuil, France, where I work with screenwriters and visual artists to bring their bold visions of Ubisoft worlds to life in the form of animated TV series and films. 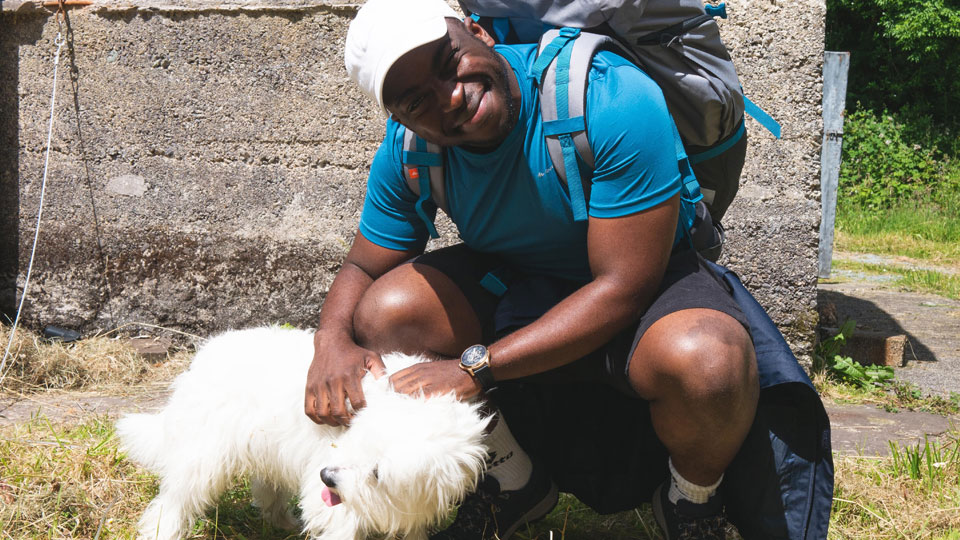 I did not have many Black male role models until very recently.

The truth is, when I was younger, I did not really care about the skin color of the characters I identified with onscreen or on the page. I shared Harry Potter’s quest for belonging, I lived Peter Parker’s highs and lows in New York, and completely lost myself in the beautiful brotherhood of Edward and Alphonse Elric from “Fullmetal Alchemist.”

Of course, all these characters were white. However, I saw their skin color as a phenotypical difference, just as insignificantly unimportant as the texture of their hair or the size of their nose. I was this naïve until I realized I was Black; that is, until a boy from middle school just straight up said, ”What’s up with your big lips and your weird hair?” A comment like that could have just passed as insignificant, but it made me realize that being Black was not the same as being blonde or tall.

Being Black came with disdain, disgust, fear, and distrust.

As soon as I experienced racism, I felt suddenly dissociated to the characters I once related to. I realized that, unlike me, they would never experience discrimination based on the color of their skin. Because of that, I started looking for protagonists who were cast aside for their skin color, and that thrived despite the racism that held them back. However, something was very clear: in France, they were nowhere to be found. Black characters were – and still are – plagued by stereotypes, always represented as aggressive, hyper-masculine, and vulgar, always here to make the audience laugh because of their accent or their cultural differences. I felt disheartened. Looking for Black representation in French media was perhaps more harmful than staying in the cocoon of the white characters I identified with. 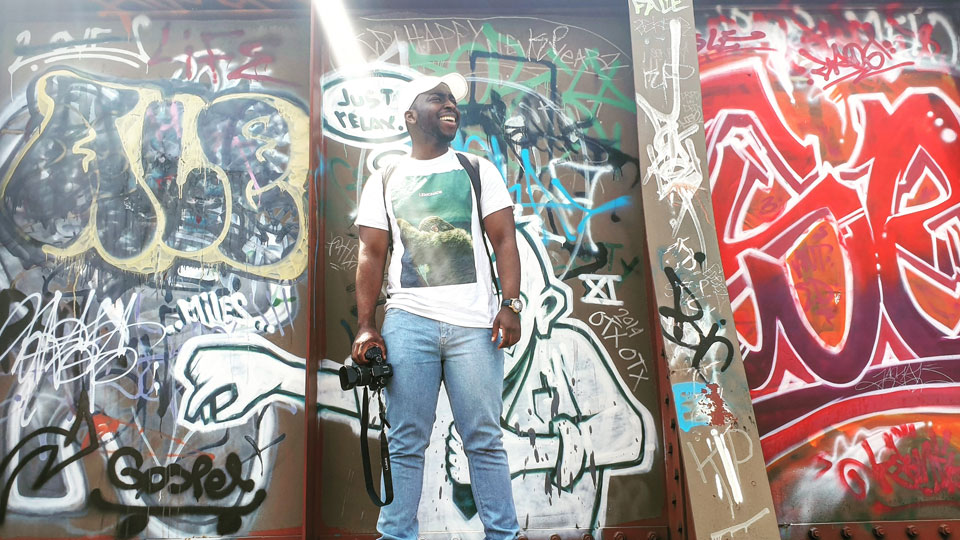 I couldn’t find a single Black character to identify myself with. There was a drought, that’s for sure. For a very long time, I could not completely identify with a character’s journeys that did not wholly reflect my own struggles as a Black boy in a predominantly white society. And then, in 2016, I visited America.

Thinking about it, it’s quite sad that the first time I saw myself represented on media was at the age of 19. It was during my year abroad in Minnesota, in the kind of vintage independent movie theater stripped straight from a Martin Scorsese picture. Looking up at the billboard that said “A Frank Ocean Song for the Eyes,” I entered the theater to finally watch the film the press was going crazy about, and that would certainly turn out to be THE Oscar-darling of the season. I did not know what to expect, but I remember being mesmerized by the film poster that looked just like a magnificent piece of art, centering a Black man shattered in three, each part representing a generation of his life. These kinds of images stick with you, beyond being great marketing tools to create curiosity, and it certainly made me very curious.

“Moonlight” is a coming-of-age story about Chiron, a poor Black kid from the projects of Miami, who struggles with his homosexuality throughout his life. “Moonlight” is first and foremost a movie about masculinity, how the expectations of society shape what a Black man must be, how they comply to this forced, hyper-masculine persona, and how it deprives them of their emotions.

“Moonlight” was an epiphany. It was the first time I experienced such a timely, complex, sensitive, and well-crafted portrayal of Blackness onscreen. The directing overflowed with love and authenticity for the character of Chiron. The writing, for its part, was always fair, and never backed down from depicting the hardship of being Black and not falling into the hyper-masculine expectations of Black stereotypes. I saw the film as an answer to my frustrations, but most importantly, I first saw myself represented in media. After “Moonlight,” there was a change in me, a validation, like a mirror that explicitly showed my life as relevant. This gap that persisted between the reductive and simplistic portrayal of Black men onscreen, and the idea I had about myself, shrunk. 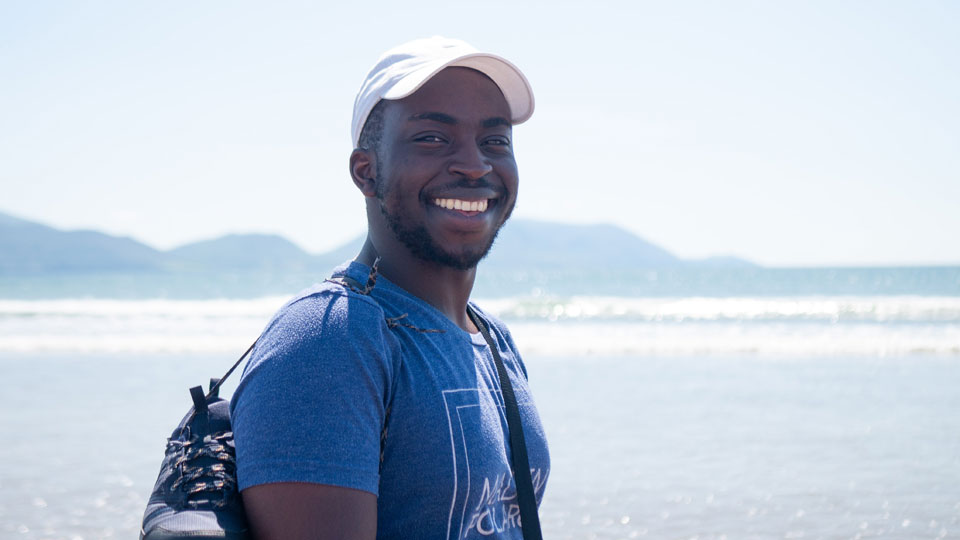 Since then, I’ve become obsessed with “Moonlight.” I read the screenplay 10 times to get into the psyche of Chiron. I watched the movie every two months to discover new details to scrutinize and new emotions to dig up. I even ran after the director, Barry Jenkins, at the premiere of his last film, “If Beale Street Could Talk,” and made him sign my “Moonlight” poster while praising him and the writer for creating this absolute masterpiece of a film. “Moonlight” was only the first step, though.

I would say that the first time I saw myself represented in media is not only in a single film, a particular scene, or an individual character journey. It was a long process, and a sum of several characters’ sensibilities, personalities, and hardships that I experienced over the years. Creating one character that totally encompasses one’s whole experience is hard, if not downright impossible. Hence why I feel that I still haven’t completely seen myself represented in media, but each year that passes surely makes this dream closer.

The latter half of the 2010s was quite the ride. It was kind of hard to keep up with all the portrayals of different alternative figures of Black men on screen. There was a boom, not unrelated to the surge of the #BlackLivesMatter movement. 2017 saw the release of the TV adaptation of the hilarious “Dear White People” on Netflix, showcasing the character of Lionel, an awkward gay Black guy studying in a fictional Ivy League School. I totally identified with him, having myself studied and struggled in an elite institution in France. 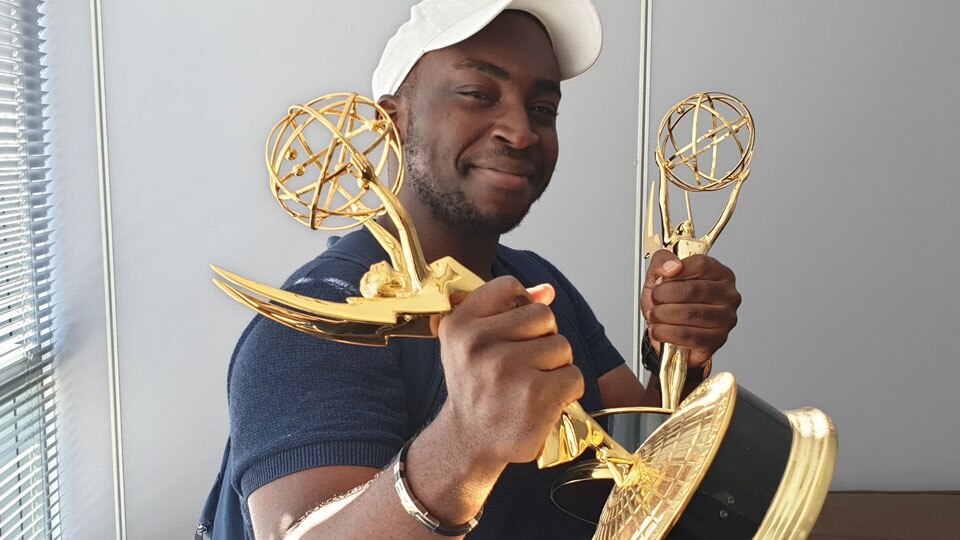 In 2018, it was “Black Panther” that revolutionized the portrayal of Blackness onscreen. Never had I seen so many African faces on a big screen; not just faces, they were kings, queens, superheroes, magicians, crying for their long-lost fathers, fighting for their way of life and not falling into ANY stereotypes. As a Togolese man, I was mostly pleased. At the end of 2018, “Spider-Man: Into the Spider-Verse” told the story of Miles Morales, a Black and Latino kid from Brooklyn who suffers from severe impostor syndrome as he must take up the mantle of a deceased Peter Parker. Thank you, Peter, for all your hard work and services; you were my hero during my childhood, but I definitely would have been a different person if Miles Morales landed on my screen sooner.

In the following years, “Sex Education” brought the flamboyant Eric Effiong into my life, and “I May Destroy You” broke my heart with its heartful portrayal of Kwame. Both figures being from the United Kingdom, both being European, both being closer to my experience, in a sense.

Representation is one of the best existing remedies against loneliness. It not only mirrors your experiences, it also validates them. It makes you realize that others also share your journeys, and have succeeded in portraying these stories onscreen. Talking about “Moonlight,” seeing it win award after award, and sharing it with my parents and my friends definitely made me accept myself more. Year after year, film after film, my confidence grew. Not only was it possible for me to experience my own stories, but they were also seen by millions of people, some also sharing that lack of representation and validation.

Reflecting on how powerful these images were for my development as an individual, I cannot set aside one massive regret: that these figures were not coming from French media. Is it normal that I had to cross the Atlantic to finally experience a story that reflected my own? Is it normal that the only figures I could look up to were from American or British TV series or films? I still long for Black male characters on French screens that are comfortable with their masculinity, and who are not only here to represent a poor, violent, and estranged fantasy of what Blackness is in France. But that’s the tricky thing about representation: It won’t be wholly satisfying until you, yourself, write your own story. One day, maybe.