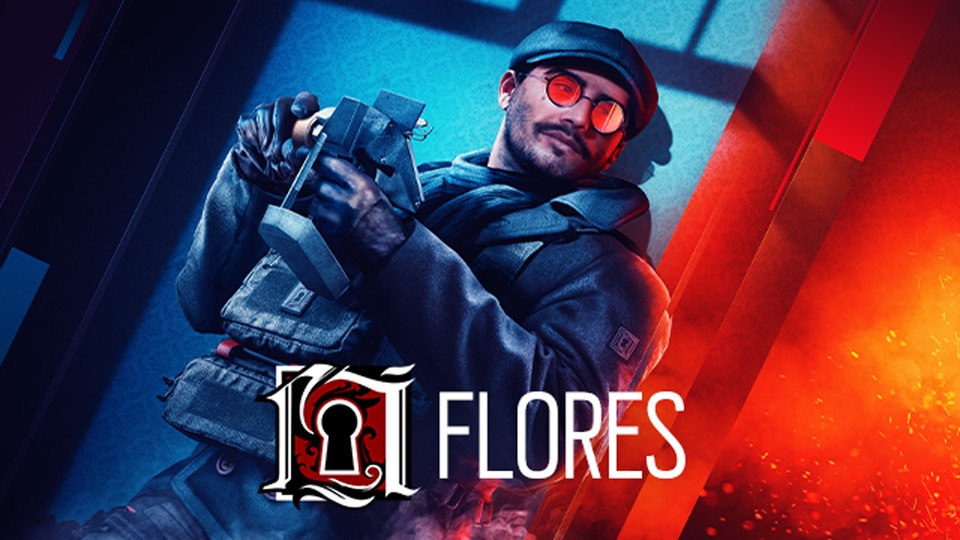 The Operators of Rainbow Six Siege will have to pay closer attention to doorways and drone holes from now on, because a new attacking Operator, Flores, deploys his explosive drones with the launch of Crimson Heist. The new season introduces a new Battle Pass, which is packed with 131 rewards to unlock across 100 tiers, including the new Operator himself. Flores is available instantly when you purchase the premium track of the Battle Pass, and will be unlockable with Renown or R6 Credits on March 30.

Crimson Heist also brings a rework for the Border map and a new secondary weapon option for some attackers called the Gonne-6, both of which are free for all players. PC players can also take advantage of the Match Replay feature launching in beta, and from March 18-24, players on all platforms can play Rainbow Six Siege for free!

Flores hails from Argentina, and his explosive drones are designed help clear the path for his attacking allies. His RCE-Ratero gadgets are controlled like a normal Attacker drone; they can be steered and they can jump, but from the moment he sets them down, they cannot stop moving or reverse. They only come to a halt when anchoring, which happens when an on-board countdown timer runs out or when Flores manually triggers it. Anchoring causes the Ratero to become bulletproof, and arms the explosive; after a short fuse, the drone goes boom. This explosion is great for clearing out Defender gadgets and obstacles; opening up destructible walls, floors, and hatches; and for seriously damaging any Operator too slow to escape its radius.

For more details on Flores, his gadget, and his loadout, check out our Crimson Heist Operator and Map Guide. There, you’ll also find more on the new Border map rework, which has received numerous tweaks to increase mobility options; as well as details on the Gonne-6, the new single-shot secondary weapon designed to give Attackers another way to deal with Defender utility.

PC players can check out the Match Replay beta as part of the free season-launch update. This tool automatically records the matches you play and allows you to view the replays from the perspective of any player in the match. Be sure to take it for a spin, try to learn a thing or two from your opponents, and send the developers your feedback on the official Siege forums. For more insights about new Operators and features coming this year, read up on the Future of Siege in 2021.

Rainbow Six Siege is available now for PC, PS4, PS5, Xbox One, and Xbox Series X|S, and is included in a Ubisoft+ subscription. To keep up with the latest updates, visit our Rainbow Six Siege news hub.