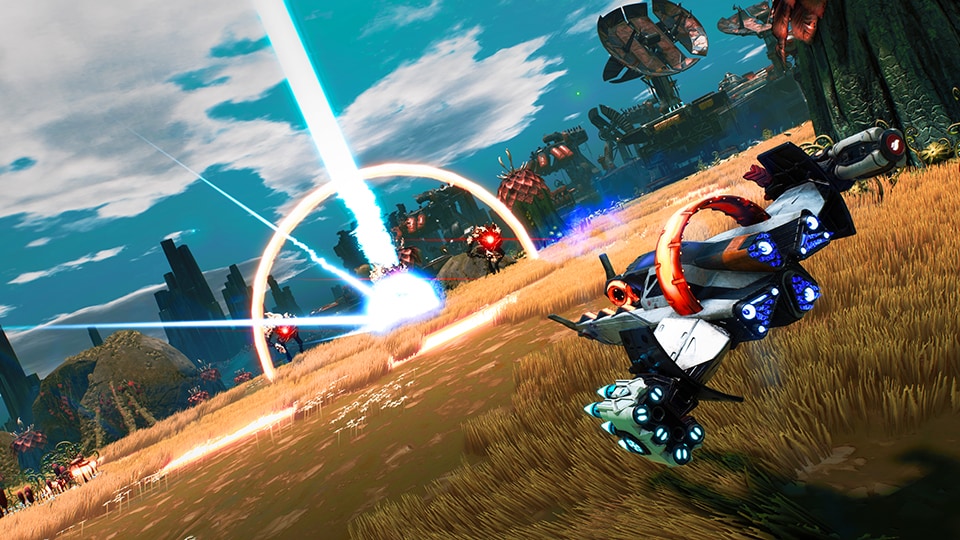 A dynamic new space adventure awaits you in Starlink: Battle for Atlas, which is available now on Nintendo Switch, Xbox One, and PS4. Set in an open-world star system with seven unique planets to explore, Starlink challenges players to find allies across the system, fight an insidious legion of foes, and unravel ancient mysteries. Players can take advantage of modular toy technology to link real-world physical starships to their controllers, customize their pilot, ship, and weapon loadouts on the fly, and see the new components appear instantly in-game.

On Nintendo Switch, the Starlink crew teams up with Fox McCloud, who comes complete with an exclusive Arwing starship and special story-driven missions focusing on the Star Fox team. Click to learn more about the different versions of Starlink: Battle for Atlas, and find out how you can play the game fully digitally or with physical starship toys, pilots, and weapons. Starlink is also playable in two-player split-screen co-op.

"Starlink: Battle for Atlas is a project born from our team's passion for space and adventure games – it's a game we imagined playing as kids, and we are thrilled to share it with players of all ages today," said Matthew Rose, Producer at Ubisoft Toronto. "We can't wait to see how players will use their imaginations to combine wings, weapons, and pilots to create the starship of their dreams to help them defeat the Forgotten Legion and save the Atlas star system."

Starlink: Battle for Atlas is out now on Nintendo Switch, PS4, and Xbox One. For more on this new space-faring saga, check out Ubisoft News' previous coverage.