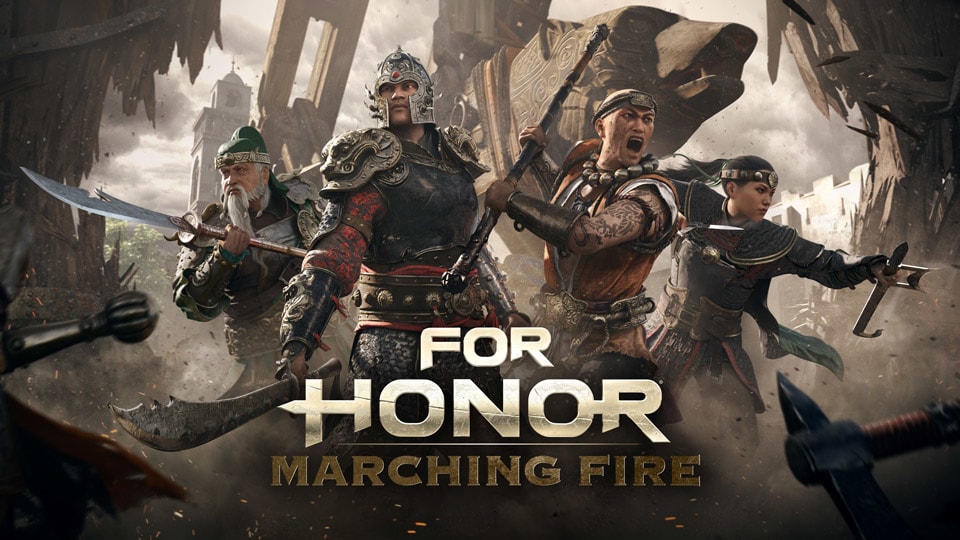 For Honor Marching Fire Out Now

Players who purchase the Marching Fire expansion will have immediate access to the four new Wu Lin Heroes and the PvE Arcade mode, while all For Honor players will have access to Breach mode, enhanced visuals, victory celebration screen, and other improvements. Following a two-week period of exclusivity for expansion owners, the Wu Lin Heroes will be available to all players for 15,000 Steel on October 30. Those of you who don't own For Honor and want to get in on the action can purchase the For Honor Marching Fire Edition, which includes the base game and the Marching Fire expansion, and is available in retail stores today.

Coinciding with the launch of For Honor Marching Fire, players can pick up Twitch Drops by watching some of For Honor's streamers. Starting on October 17, you can watch any of the channels below as they play For Honor, and receive XP boosts, scavenger crates, melee packs, and combat packs based on how long you watch their streams:

Twitch Drops will be available on the following streamers' channels while they are playing For Honor:

All rewards will be added directly to your Ubisoft account on October 24. Make sure to link your Ubisoft and Twitch accounts by visiting: https://drops-register.ubi.com.

Marching Fire is the latest update to For Honor, but stay tuned; the development team has designated 2019 the Year of the Harbinger, and will continue to bring improvements throughout the year. For more on For Honor, check out our previous coverage.