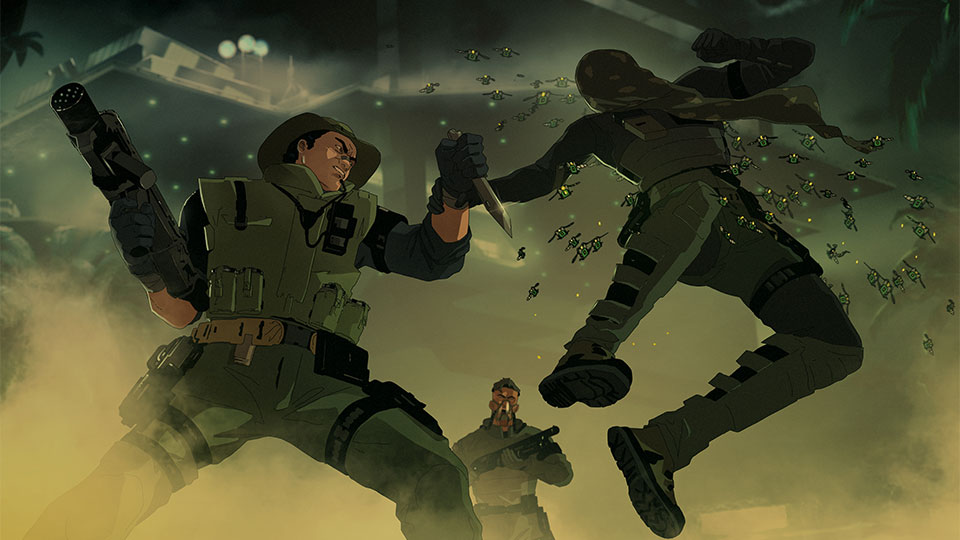 Operation Brutal Swarm has descended on Rainbow Six Siege and introduced a new Operator named Grim, whose Kawan Hive Launcher gadget helps his Attacker allies detect Defender positions with swarms of robotic bees. Grim is available now through the premium track of the Brutal Swarm Battle Pass and will be unlockable in two weeks with Renown or R6 Credits.

The new season also includes a number of updates that are free for all players. New impact EMP grenades have been added as a generic gadget for some Attackers, the Stadium Bravo map has joined the map pool, and new measures for reporting cheaters and curbing abusive text chat have been implemented. Read more details on Grim and the new updates in our Operation Brutal Swarm Operator and Gadget Guide, and watch the video below to see Grim in action.

Rainbow Six Siege is available now on PC from the Ubisoft Store and through a Ubisoft+ subscription; it's also out on PS5, PS4, Xbox Series X|S, Xbox One, and Stadia. Learn how you can earn free Rainbow Six Siege Operators with the Squad Up Reactivation Program.