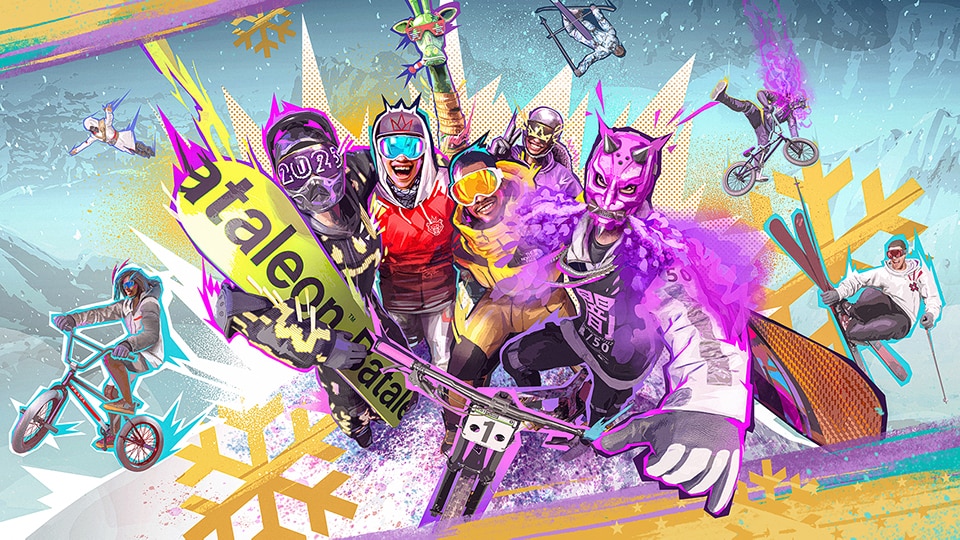 Read on for a full list of Winter Wonderland’s events:

Starting today, Riders can celebrate the 15th anniversary of one of Ubisoft’s most popular franchises with limited-time activities in which you can win collectibles such as a tribute emote (during week 1) and a snowboard (during week 2). In addition, Ezio and Eivor cosplay outfits are available in the in-game shop, and you can listen to a radio station playing the series’ most memorable songs. During the first two weeks of the season, players can enter a photo competition, and a free themed photo overlay will be available.

The Ridge will be dressing up in its holiday best, and so can you. Riders can get festive outfits by completing free weekly challenges or purchasing them in the shop. There will also be a holiday-themed Mass Race and a radio station playing holiday music for two weeks.

The Republic is ringing in 2023 with a fireworks show in the hub and a New Year’s Eve-themed overlay in photo mode. Enter Riders Ridge during this event to get a pair of 2023 celebration goggles, compete with other players in a special New Year’s-themed Mass Race, and take on new challenges to get the first ever epic Burger Box – a loot box that offers chances to win legendary items from past seasons. Plus, new shiny outfits with animated patterns will be available in the shop.

Two X Games events will be available to all players for the week, in which you can take on special weekly challenges in order to win exclusive X Games rewards. Plus, Riders can jump into a snow-themed Mass Race.

The Warriors Mass Race is coming back, but this time with new modifiers, no collision, a nighttime atmosphere, and exclusive rewards.

Dominate the slopes on the highest mountains of the Republic starting today, and get ready for a festive holiday celebration. Riders Republic is available on PS5, PS4, Xbox Series X|S, Xbox One, PC via the Ubisoft Store and the Epic Games Store, Amazon Luna, and is included with a Ubisoft+ subscription. Watch our interview with World Designer Yann Fieux to learn how the dev team recreated real-world American national parks for the game.