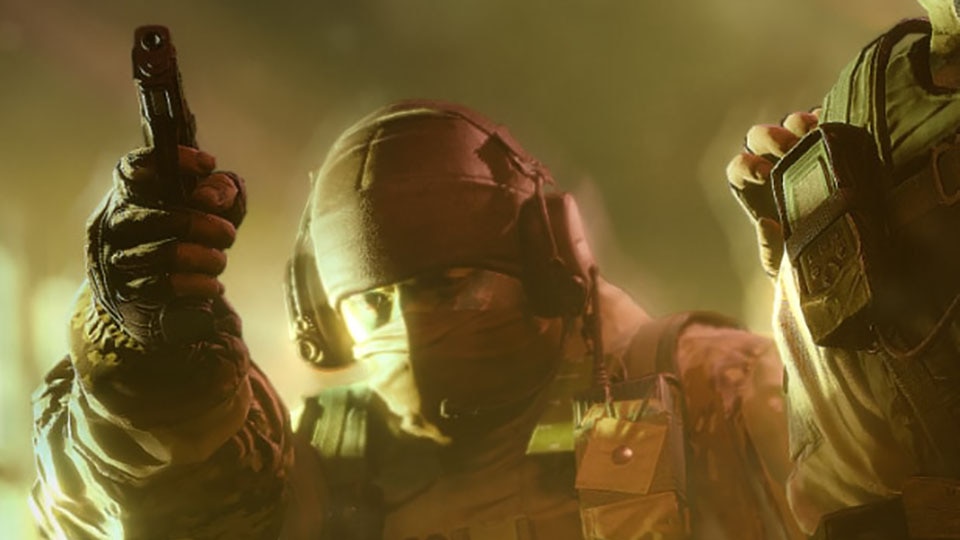 The sniping-est operator in the Siege stable is about to get an upgrade in the upcoming Mid-Season Reinforcements update, which deploys Wednesday, March 15. As the story goes, Timur "Glaz" Glazkov lost a sniper competition to an Operator named Galanos, from Greece. After the event, Glaz chatted with Galanos about her attachment technology, and as a result he now packs an upgraded scope that offers a new layer of thermal visual feedback when aiming down sights. This feedback will appear even if the defender is obscured by smoke, but will only work if Glaz has line-of-sight to the target (it doesn't work through walls). You can see Glaz taking out a thermally highlighted defender right here:

A few Operators are getting buffs to their special abilities to help make them more useful in the field. Doc will now be able to overheal to 140 HP instead of 120 HP, in hopes that this buff will make more of a difference in a firefight. And Buck will get an extra magazine for his Skeleton Key underbarrel shotgun. Walls, windows, and floors beware. There are a number of weapon balancing changes en route as well, chief among them a size reduction for the reticles on the red dot, reflex, and holo sights. This is to allow for better precision after the realignment of sights implemented with Operation Velvet Shell.

Other specific changes include:

A developer on Rainbow Six Siege once compared applying fixes to the game to trying to replace a car tire while the vehicle was in motion. To that end, the team will also launch a technical test server in the weeks following the Reinforcements to focus on refining technical systems and adding new features. The first such system will be a streamlined matchmaking process, and more information on the timing and progress of these projects will be available in the coming weeks.