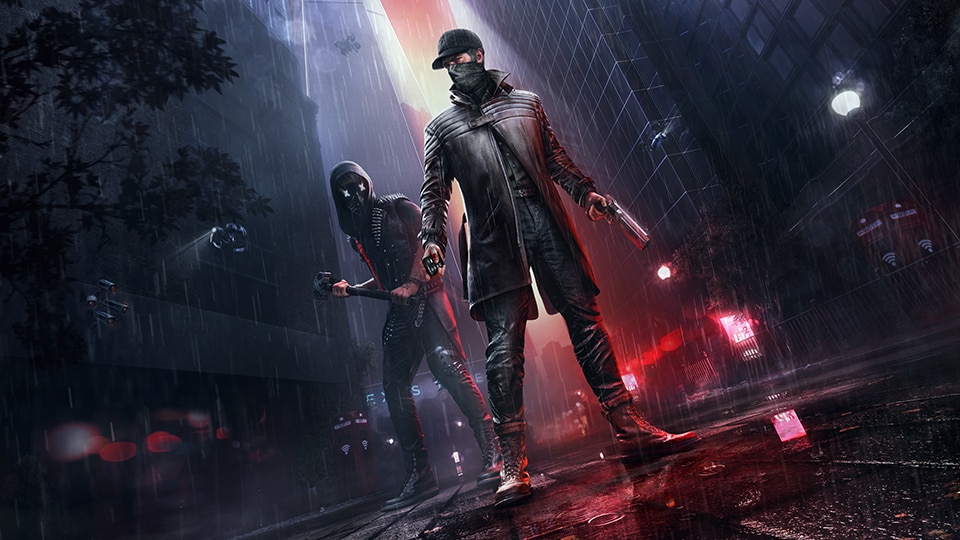 Watch Dogs: Legion – Bloodline is coming July 6, and its first story trailer unites two familiar faces – or, well, one familiar face and one familiar mask. Set before the events of Watch Dogs: Legion, the DLC expansion introduces a new storyline that tasks original Watch Dogs protagonist Aiden Pearce with stealing a robot-controlling device from Broca Tech – only to see the job go south as Watch Dogs 2’s Wrench interferes. Check out the trailer below to see how Aiden’s carefully laid plans unravel, and what he now risks as a result.

Both Aiden and Wrench are playable during Bloodline’s story, and with the Season Pass or an in-game purchase, they can be added to your DedSec Resistance in the main campaign or in the Online mode. Each also comes with new abilities: Aiden can aim in slow-mo after a takedown, gets a damage buff with a well-timed reload, or disable nearby electronics with a System Crash. Wrench – in addition to an MPX SMG and LTL grenade launcher, both with custom skins – carries a big custom hammer named Lady Smash, deploys mini flashbangs called Ninja Balls, and can summon a custom drone named Sergei.

Bloodline will add new main missions, as well as Resistance missions for Aiden and Fixer contracts for Wrench. Watch Dogs: Legion is available now on Xbox Series X|S, Xbox One, PS5, PS4, PC, Stadia, and Amazon Luna, and is available with a Ubisoft+ subscription.*

*$14.99 per month. Cancel anytime. The Gold and Ultimate Editions will be available as part of a Ubisoft+ subscription. More information at ubisoft-plus.com.