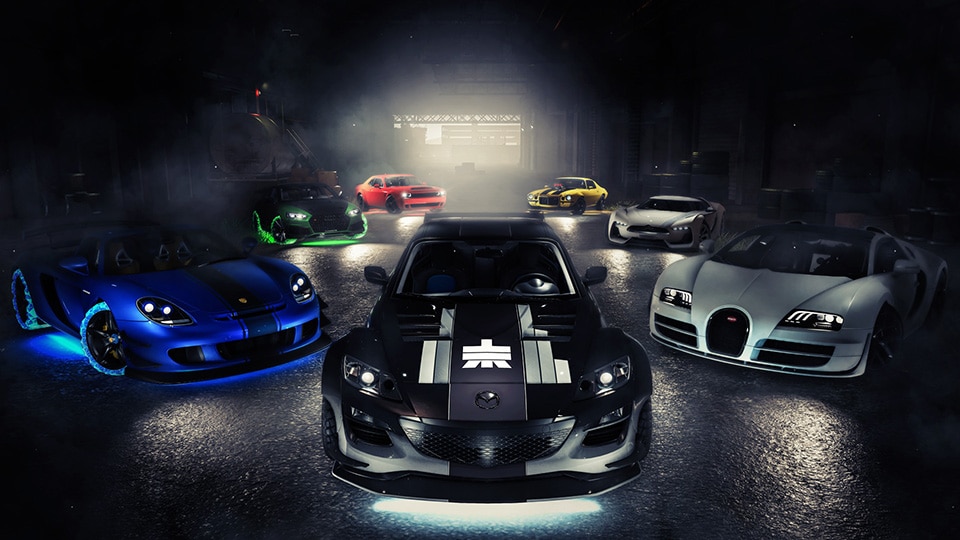 Blazing Shots, the fourth major update for The Crew 2, is available now on Xbox One, PlayStation 4 and PC, bringing new vehicles and new weekly Live Summits to the open-world, coast-to-coast motorsports game. New gameplay updates and vanity items are inbound as well, including a new way to customize your rides.

Live Summits are back in Blazing Shots, this time with 17 new weekly events that challenge players to take on nine PvE activities for a chance to win exclusive rewards. Each Live Summit spans a variety of disciplines across the map, and each has a unique theme – like Ghost Road, inspired by Ghost Recon. And the Premium Live Summit, held once a month, offers a special incentive to climb the leaderboards: a unique special-edition vehicle.

Blazing Shots will introduce new vehicles in the coming months, six of which have been revealed so far. Available now for a limited time (after which its vehicles will be available separately), the Elite Bundle 3 will net you two hypercars – the 2008 Citroën GT and the 2003 Porsche Carrera GT – as well as a new touring car, the 2011 Ferrari 599XX EVO. Another new hypercar, the 2016 Bugatti Veyron 16.4 Grand Sport Vitesse, is now available through the in-game shop – which, on December 4, will also add a new Street Race car, the 2010 Mazda RX-8. On November 27, players will get a chance to claim a new Rally Raid truck, the 2017 Ford F-150 Raptor Race Truck Ghost Recon Edition, as a reward for the Ghost Road Summit event. 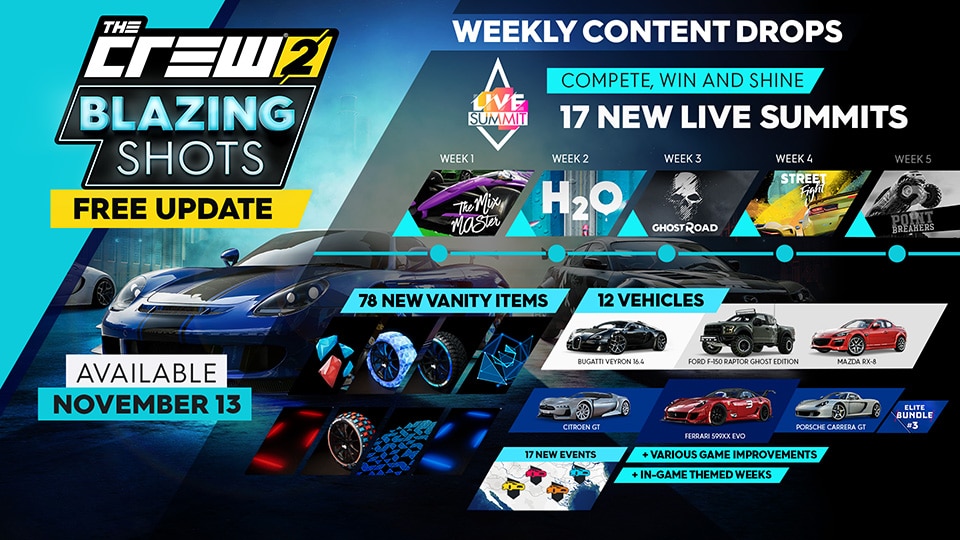 New vanity items will drop weekly as part of the update, with 78 in all including new tires, smoke effects, and underglows, an entirely new type of add-on that lets you light up the street beneath your ride. Blazing Shots also brings a number of fixes and gameplay improvements, including better handling for a number of vehicles, and a new tire and suspension system for monster trucks.

Blazing Shots is the latest in a series of free updates for The Crew 2 since launch, which have so far included Gator Rush – which added hovercrafts and new events – as well as Demolition Derby, which added new destructible vehicles and arenas in which to wreck them. The Crew 2 is available now for PlayStation 4, Xbox One, and PC (including UPLAY+); for more on the game, check out our previous coverage.