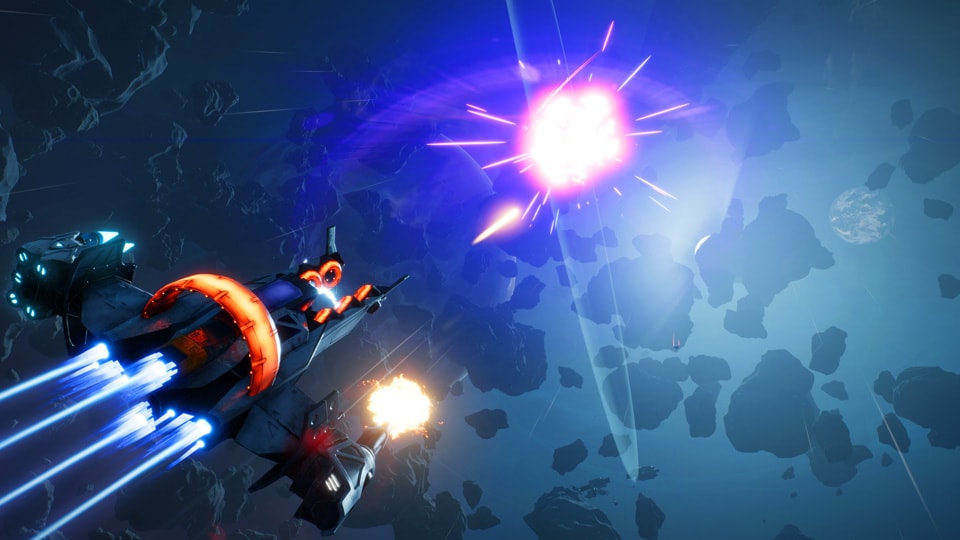 Starlink: Battle for Atlas – Discover the Different Ways to Play

Starlink: Battle for Atlas is built around customization, letting players easily swap in new ships, wings, weapons, and pilots as they freely jump from planet to planet in the wide-open Atlas star system. The Starlink fleet, including all starship components and pilots, are compatible with each other*, enabling players to creatively mix and match parts to assemble their ideal starship.

That free-form mentality also extends to how you decide to approach the game. In Starlink: Battle for Atlas, you can play with physical models of ships and parts mounted on your controller, or with digital versions of the starships, weapons, and pilots selected from a menu.

The Starlink development team wants to give to players the choice to play the way they want, and they've revealed more about how that will work when the game launches on October 16.

Starlink: Battle for Atlas will be available in multiple editions. Players eager to start collecting the physical ships will want to pick up the Starter Pack, which on Xbox One and PS4 includes:

Players who don't want the physical toys, but still want to experience Starlink's open-world star system, can purchase the game as a Digital Edition, which includes the game as well as digital versions of the following: four starships (five on Switch, including the Arwing), six pilots (seven on Switch, including Fox McCloud), and 12 weapons. Then there's the Digital Deluxe Edition, which includes the game and digital versions of all its launch content: five starships (six on Switch), nine pilots (10 on Switch), and 15 weapons.

Additional starships, pilots, and weapons are also available for purchase separately, either in physical packs or as digital downloads. At launch, four different Starship Packs will be available, each including a ship, a pilot, and a weapon. Players will also be able to purchase four different Weapon Packs (each with two weapons), or four additional Pilot Packs (each with one pilot). Meanwhile, players who have a Starter Edition but want to get all the rest of the launch content digitally can purchase the Collection 1 Pack (four ships, eight pilots, and 12 weapons).

Players who buy the Digital Edition can also purchase a controller mount separately to play with the physical ships and accessories. Starlink: Battle for Atlas also supports two-player, split screen local multiplayer throughout the entire game. Players can seamlessly drop in and out of an existing game with or without a mount and toys, expanding their combat options and allowing for devastating combos at they share and swap parts with their friends.

Starlink: Battle for Atlas will launch on PS4, Xbox One, and Nintendo Switch on October 16. For more on the game, check out our previous coverage.

*Fox McCloud and the Arwing are only compatible with the Nintendo Switch version of Starlink.