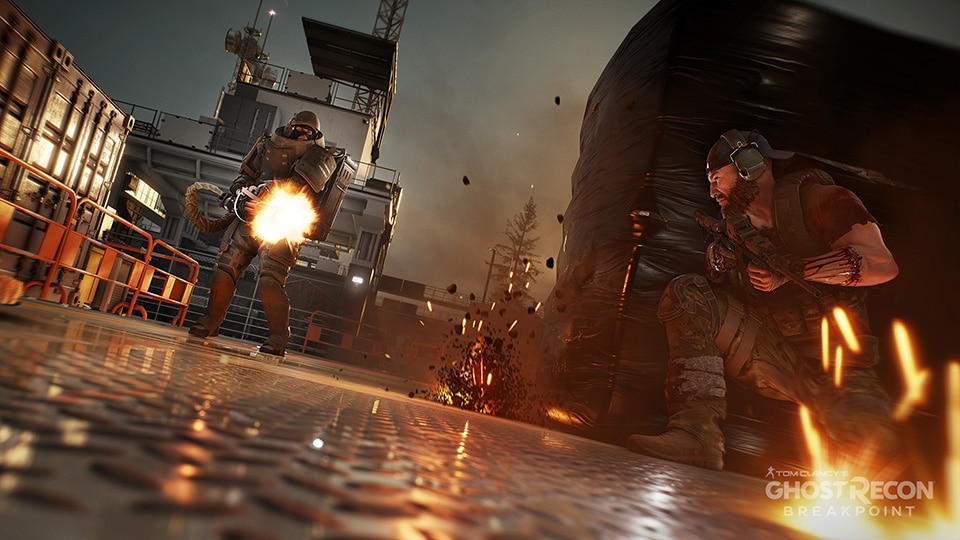 Before Ghost Recon Breakpoint launches on October 4, you can jump in and start exploring the Auroa archipelago for free in the Ghost Recon Breakpoint open beta, which runs from September 26-30. Available to all players on PS4, Xbox One, and PC, the beta will be a chance to sample campaign missions and team up with friends as you battle the Wolves, a rogue spec-ops unit who've taken over Auroa and its army of military drones.

Speaking of teaming up, check out the new live-action trailer, Squad Up ft. Lil Wayne. The trailer – directed by David Leitch (Deadpool 2, Fast & Furious Presents: Hobbs & Shaw) – follows the artist and a few friends on an action-packed misadventure through Ghost Recon Breakpoint.

"More than anything, the key point of all action is to tell a story, and in this spot we're telling a story with these characters in the world of the game and also the characters in their worlds at home," says Leitch. "We wanted to make sure we have these distinct characters that jump off the page and that the action defines them in a real, particular way."