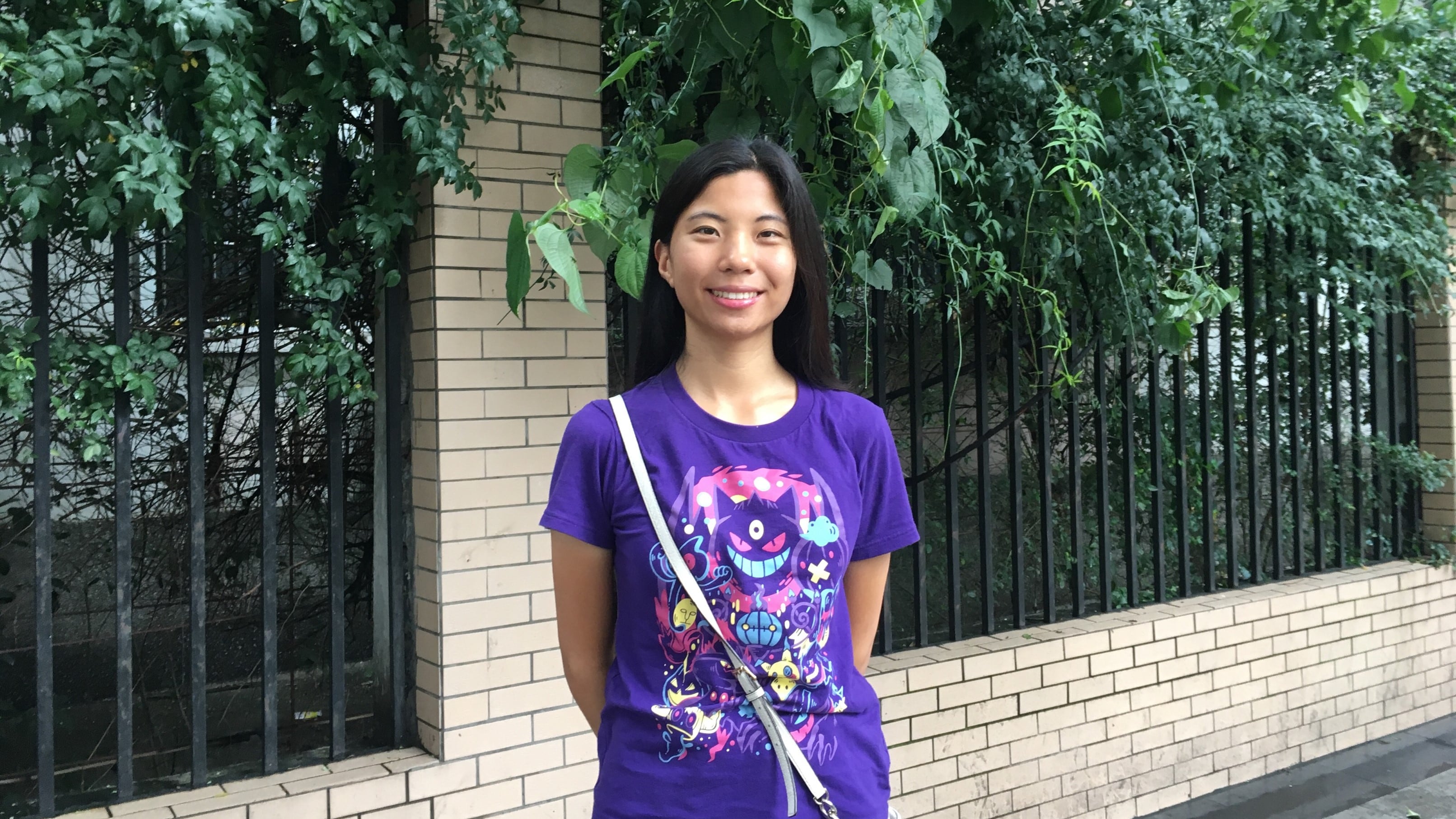 Growing up in Beijing, videogames were somewhat of a luxury for Simei Yin. From 2000-2015, the country issued a ban on all videogame consoles. Outside of illegally pirating games, Yin and her sister weren't given many options when it came to deciding what to play. Despite the restricted library of games available on her parent's PC, though, she found herself gravitating toward games at every opportunity.

As a student at the University of Technology of Compiègne, Yin studied computer engineering, and realized her passion and profession could coincide when she designed a game in Unity for a school assignment. While she was still in school, Yin interned at Ubisoft Bordeaux soon after the studio opened. Now, nearly two years later, she works as a gameplay programmer on Ghost Recon Breakpoint.

What was the process like for joining Ubisoft Bordeaux so early in the studio's lifetime?

Simei Yin: I participated in the Recruitment Day event at Ubisoft Bordeaux about two years ago. Recruitment Day is a special event here, where all programming candidates who have passed the online technical tests are invited to come to the studio to watch presentations and network with Ubisoft devs. Afterwards, the candidates are divided into groups of three and tasked with debugging and improving a 2D game in four hours.

In the end, it turned out great. After our results were assessed by the judges, I was told that I had the best scores for the online technical tests, and our group was praised for being really efficient for the on-site test. Ubisoft offered me a six-month internship shortly after, as one of the very first employees of the studio. I have been working on Ghost Recon Breakpoint since the beginning of the project, and I feel extremely lucky to be able to work on a AAA game this early in my career.

What does a gameplay programmer do?

SY: Most of the time, we sit in front of computers and code all day [laughs]. But in reality, gameplay programmers develop gameplay-related logic in-game. We implement all sorts of game features; for example, how an enemy should act in different conditions, how a game request is completed or failed, how to collect and craft items and gear, etc.

There are many different gameplay programming teams working on different gameplay elements. There's an AI team, a drone team, a quest team, a PVE team, a boss fight team, etc. I work on the camp team, which is in charge of how NPCs and enemies spawn, their distribution, and their daily behaviors.

What was your relationship like with games while you were growing up?

SY: The first games I ever played were some Chinese educational games on Windows 98 that my parents bought for my sister and me when we were around seven years old. I still remember a game where we controlled a little green dinosaur to solve English and math problems to rescue his friends over and over. The game was nothing like what we have on consoles now, but both of us had so much fun with it.

From 2000 to 2015, there was a ban on videogame consoles in China, and as a result, very few foreign games came into the Chinese market. At the time, I mainly played cracked and translated games on PC. My sister and I spent almost all our free time during vacations playing games like The Sims, Diablo 3, Pokémon, Kirby, and Fire Emblem. In a way, the games that I played with my sister have always been precious souvenirs for me all throughout my childhood.

How do you think the console ban in China affected your feelings towards games?

SY: I have a very complicated feeling about the ban, since it has tremendously impacted the development of the Chinese videogame industry. Not only did the ban encourage a negative perception of videogames across the country, it strongly encouraged the culture of cracking and pirating games, due to the very limited access to well-made games that are not released in China.

Cracked games were the only resource for me to connect with western-world and Japanese games when I was little, and indeed it brought me a lot of fun, and made me more appreciative of well-made games. But I think it really hurt the [Chinese] industry in the long term.

Fortunately, the ban was removed several years ago, and the market seems to be ready. More and more Chinese game companies have begun to make efforts to develop AA games or even AAA games, which used to be unthinkable. Now, I'm very optimistic about the situation; China has probably one of the biggest videogame markets, and I believe everything will get better soon.

When did you realize you wanted to work in games?

SY: It was around four years ago, when I was looking for an internship while I was in school. That semester, I took an interactive media class. My classmate and I decided to use Unity to make a 3D interactive story game for our project, which turned out to be a lot of fun. We debated a lot on what we wanted to put in the game with the very limited free resources that we found on the internet, and we spent a huge amount of time implementing the features we designed. At the time, we were really proud of what we managed to develop in the end, although when I see the game again today, it was kind of clumsy and had a lot of unsolved bugs [laughs]. It was a great feeling to bring my imagination to life through a game.

After that, I decided I wanted to try to find an internship in videogames, to see if I wanted it to be my career for the rest of my life. As it turns out, the answer was yes.

What made you decide to leave Beijing for France?

SY: I had just graduated from high school, and was very eager to become "an independent person" and to get away from my parents. I had pretty good relationship with my parents at the time, but I guess I was just at the age when I wanted to go see the world.

At the same time, there was a French engineering school that was recruiting students from my high school. I applied for it and got admitted. I was thrilled, and ready to embrace whatever was waiting for me.

Did you experience culture shock when you moved? How was your French?

SY: I have been in France for almost seven years, and two things shocked me. The first thing is the difference in attitude towards work in France compared to China. French people are much more relaxed in general. In China, there is always a huge emphasis on working hard and becoming successful. Studying and working in France has helped me adopt a more relaxed attitude towards life. I should admit that I get much happier when I become more relaxed with myself.

The second thing that surprised me is the funny differences in culture. France is a long way from Beijing, and many people aren't familiar with it, so they may assume things about Chinese people. I can totally understand where those misunderstandings come from, and the most important thing is that, when I try to explain what is actually going on to them, they are usually very open-minded and accept quickly.

French was a completely foreign language to me at the beginning; now, I can easily work and communicate with my colleges entirely in French. My Chinese has actually been beneficial to me here, because in my spare time, I help make Chinese subtitles for licensed French films and TV series for Chinese organizations.

You're a Chinese person in France, but you're also a woman working in game development. How does it feel to be a minority in both aspects?

SY: To be honest, I don't feel I'm less or more privileged than others as a minority. It's true that people can be more curious about me because of my appearance or the accent, but usually I don't think they like me more or less because of my nationality or gender. I believe it's the personality and working competency that count the most. Above all, I find it important to communicate as much as possible, because it helps reduce misunderstandings when people know more about each other.

Now that you've been a programmer for some time, did you find that you had any misconceptions about how game development works?

SY: I don't think I really had any misconceptions about game development as a programmer, since from a technical point of view, we learn about new things almost every day. However, before I joined Ubisoft, I could not have imagined how a project of this scale would work. Now, I see what an organized development system Ubisoft has, how communication is managed, how different teams cooperate, etc.

What is your favorite part of the job?

SY: The favorite part of my job is the great working environment and the technical challenges of working on AAA games. You can't find that anywhere else. The scale of AAA games is huge, and in Ghost Recon Breakpoint, we're aiming to create an open world, with complex gameplay and multiplayer features. This is my first job in the industry, and I cannot imagine a project any more exciting. I'm learning every day.

For more interviews like this, check out our previous Women of Ubisoft interviews.