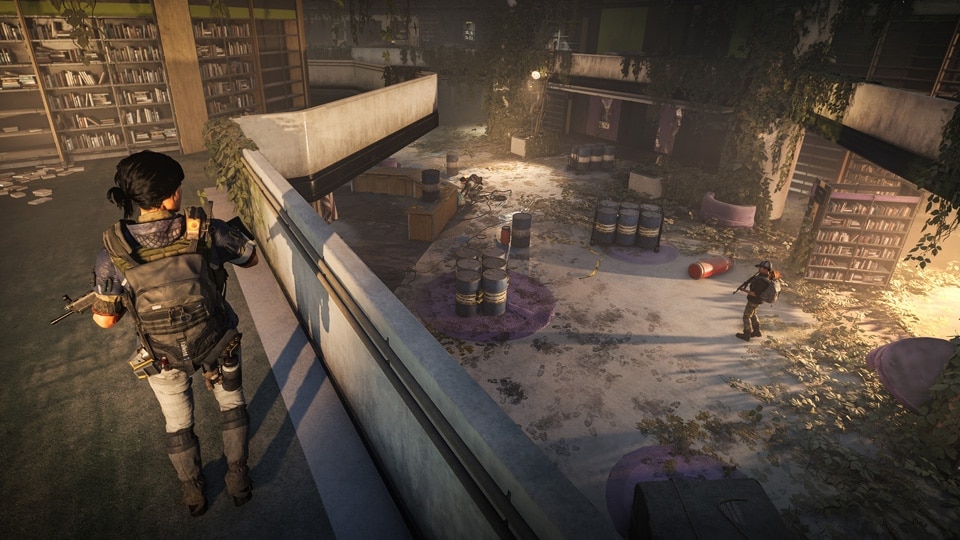 All right, Agents, who's ready for a field trip? Starting today for Year 1 Pass holders and July 30 for all players, Episode 1 – DC Outskirts: Expeditions introduces a host of free new adventures that take Agents outside of Washington, DC. Two new main missions let you pursue the modern-day Benedict Arnold, President Andrew Ellis, at Camp White Oak, and hunt the ruthless Outcast leader Emeline Shaw at the Manning National Zoo. A new mode, Expeditions, takes players to Kenly College on an episodic series of missions. A new wing of the college unlocks once a week; complete all three wings to earn valuable loot. And speaking of loot, a new exotic rifle, exotic gloves, and two new weapons (Stoner LMG and Carbine 7) can be found within Episode 1's content. There are also two Classified Assignments — accessible to Year 1 Pass holders only — that take place in Washington's Central Aquarium and NSA Site B13.

In addition to Episode 1, today's free update also includes a new difficulty setting for the Operation Dark Hours raid. Discovery difficulty will allow Agents to matchmake with other players, if they so choose, and take on a more forgiving version of The Division 2's first eight-player raid. Complete the raid on Discovery difficulty to earn hefty rewards, then give it a go on Normal difficulty for the chance to earn exotic loot.

There have also been major changes to the skill system (check out our State of the Game recap for more details) that create new opportunities for powerful skill-focused builds. And the crafting table can now create gear up to the maximum Gear Score, giving players more flexibility to craft their optimum loadout.

The Division 2 is available now on PS4, PC, and Xbox One. For more on the latest additions and plans for future updates, check out our previous Division 2 coverage.