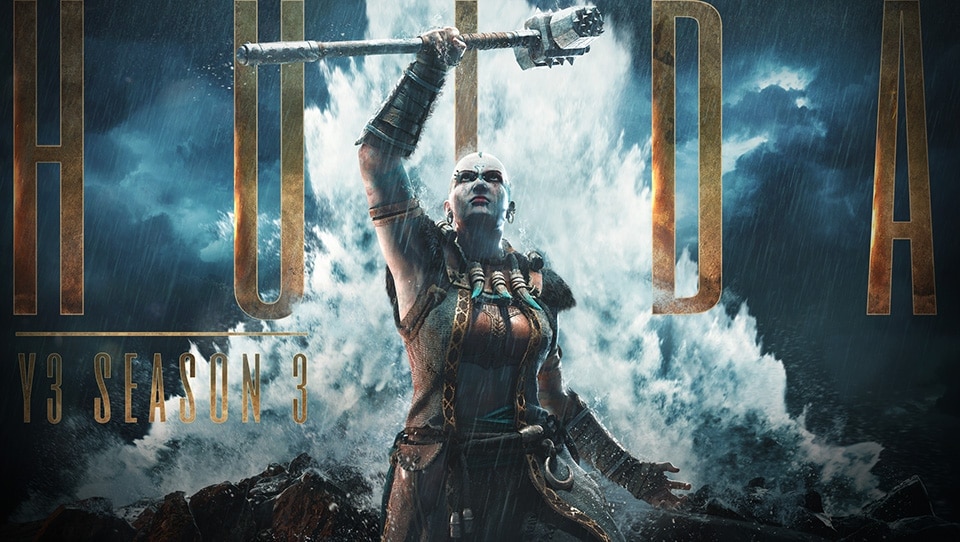 For Honor Year 3, Season 3 – titled Hulda – is coming on August 1, and brings with it the Jormungandr, a new feral Viking Hero. Playable in both female (Hulda) and male (Gretar) versions, the Jormungandr are Viking sectarians devoted to the mythical great serpent after which they're named. Armed with their mighty War Hamarr, they cull the weak before the arrival of Ragnarok, as only the strongest may fight in the battle to come. Year 3 Pass holders will have immediate access to the Jormungandr when Season 3 launches on August 1. All other players will be able to purchase the new Hero on August 8 for 15,000 in-game Steel.

In addition to the new Hero, Season 3 brings a new battlefield into the fold. The Viking fortress of Storr Stronghold will be added into the Breach mode map rotation and will be free for all players. Additionally, the Nobushi, Shinobi, and Orochi will receive balance updates to make them more competitive.

The Jormungandr is the 25th Hero to join the For Honor roster, which earlier this year saw the addition of the Hitokiri. For more, check out our previous For Honor coverage.