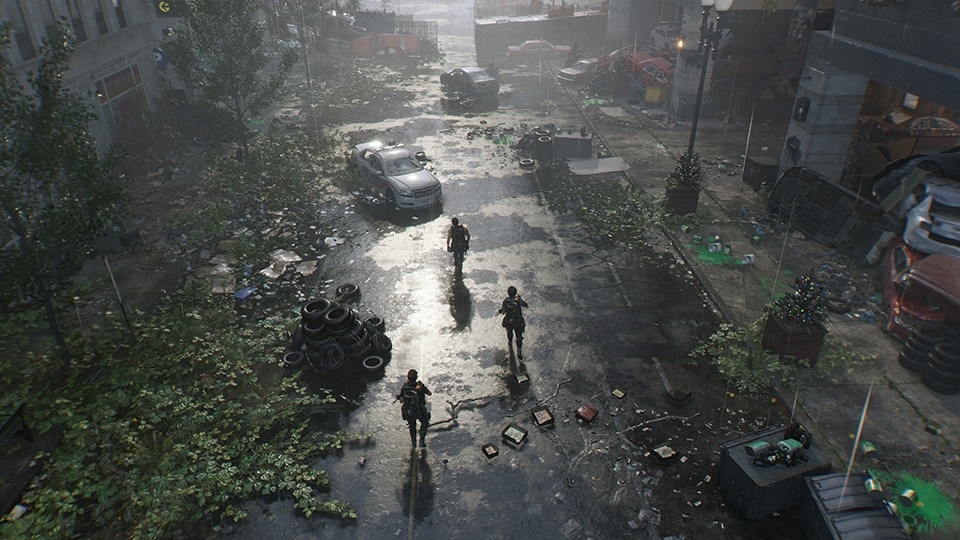 The Division 2's Open Beta is now live, meaning you have until March 4 to download it on Xbox One, PS4, or PC, and jump in for a free taste of the fight for post-pandemic Washington, DC. Playable solo or with up to three friends, the Open Beta features three campaign missions, one PvPvE Dark Zone, and 4v4 PvP Skirmish matches.

You'll also get to try one of the endgame missions, which pit you against the highly advanced and aggressive Black Tusks faction. For the extra edge you'll need to defeat them, you can pick one of three endgame Specializations – Sharpshooter, Demolitionist, or Survivalist – each of which grant you a powerful new weapon to help survive the Black Tusks' relentless assaults.

Participating in the Open Beta will unlock the DC Patriot weapon skin and Capitol Hill backpack trophy in the full version of The Division 2. Additionally, completing the endgame Invaded mission will net you a Capitol Hill arm patch for use in the full game, while finishing the Dark Zone East introduction mission gets you a Supply Crate backpack trophy.

The Division 2 launches on March 15 for Xbox One, PS4, and PC. For more on the game, check out our previous The Division 2 coverage.